Mayor Rahm Emanuel and the Chicago police are furious, but slowing mass incarceration pisses off the right people. 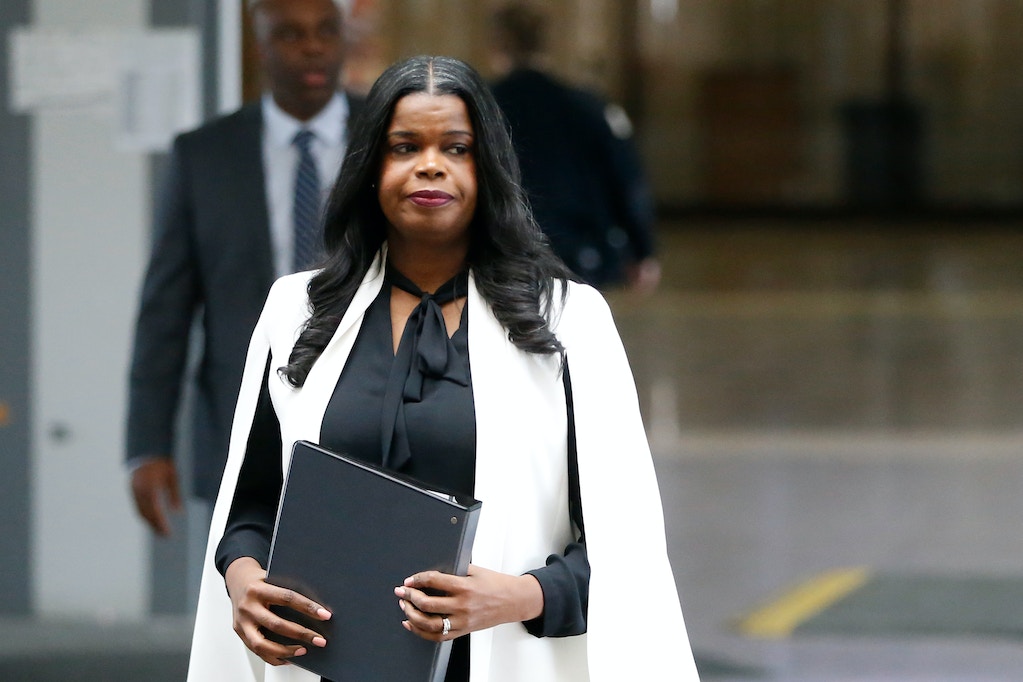 Chicago cops are very, very mad. On Monday, the local Fraternal Order of Police continued to rage against the decision not to charge actor Jussie Smollett for falsely reporting a hate crime, planning a protest outside the office of the Chicago prosecutor, Cook County State’s Attorney Kim Foxx.

The police have been joined in their fury by Mayor Rahm Emanuel and cable hosts on Fox News, who have gone apoplectic that the indictments handed down by a grand jury have not translated into a trial or a prison sentence.

While the controversy is a simple story for Fox News, the police, and Emanuel, it’s much more complicated for people who care about criminal justice reform. And the decision raises the question of just how committed in practice the public is to rolling back mass incarceration and reforming America’s draconian approach to criminal justice.

It’s easier to speak based on principles than it is to act on them. That’s especially true when the public, across the political spectrum, is demanding its pound of flesh.

For years, the criminal justice reform movement gained momentum by talking abstractly about the more than 2 million people behind bars, linking their plight to the injustice of imprisoning nonviolent drug offenders. That’s how it wound up with a bipartisan reform law — the First Step Act — that won’t make a real dent in the prison population. Now that the movement is seeing success in district attorney races, and those new prosecutors are taking a new approach, the reality of criminal justice in America is intruding.

Most of those 2 million people actually committed a crime that the public considers deeply wrong and worthy of punishment. Prisons are overcrowded not merely with pot smokers, but with violent criminals serving ungodly mandatory minimums. And those sentences are the result of moral panic from the public that rewards politicians, prosecutors, and judges who come down hard on people that society has condemned for their wrongdoing. People like Jussie Smollett.

Smollett’s alleged crime wasn’t necessarily violent, though he appears to have purposely exacted violence upon himself. In a publicity stunt, he allegedly paid two co-workers from the set of the TV show “Empire” to beat him up, so that he would be the victim of a homophobic, racist attack. He was said to be planning to use the resulting media attention to get a raise at work. If true, the allegations are deplorable, not just in the particular, but in the way that they undermine future, real victims of hate crimes. The public wanted Smollett’s blood for it and, in the dominant criminal justice paradigm, the path would be clear: Stack those charges, lock him up, and throw away the key. Put another body on the pile.

Kim Foxx was elected prosecutor over the fierce objections of the police, of Emanuel, and of the backers of the old paradigm. She ran as a reformer, arguing that the current approach is broken and that prosecutors should look for ways, when possible, to resolve problems without resorting to incarceration. The power of the office, she said, should be re-oriented toward the most dangerous and harmful of crimes.

That’s the principle she ran on. And she won. Yet it’s easier to speak based on principles — and to hear someone do so — than it is to act on them. That’s especially true when the public, across the political spectrum, is demanding its pound of flesh.

The unpopular decision by Foxx’s office, keeping in line with the principles she campaigned on, stands as a rare example of genuine political courage — and it’s courageous because the office knew that it would come with major blowback. The easier thing to do would have been to lock Smollet up. Prison is always the easiest option.

The Smollet fiasco, in some ways, is a useful moment of reckoning for the reform movement. Significantly lowering the number of incarcerated people will mean releasing some people who did things that make us very mad — and not imprisoning some of them too.

Foxx, because she had previously communicated with a relative of Smollett’s, recused herself from the decision-making process. But she’s standing by her deputy’s call.

“Yes, falsely reporting a hate crime makes me angry, and anyone who does that deserves the community’s outrage. But, as I’ve said since before I was elected, we must separate the people at whom we are angry from the people of whom we are afraid,” Foxx wrote in an op-ed in the Chicago Tribune. “[O]ur criminal justice system is at its best when jails are used to protect us from the people we rightly fear, while alternative outcomes are reserved for the people who make us angry but need to learn the error of their ways without seeing their lives irrevocably destroyed.”

Smollett, Foxx reminded readers, committed a Class 4 felony, the least serious category, and is suffering massive personal and career consequences. Should he also be put behind bars? “I was elected on a promise to rethink the justice system, to keep people out of prison who do not pose a danger to the community,” she wrote.

Kim Foxx is keeping her promise. Can we handle it?