Muslims and Jews Face a Common Threat From White Supremacists. We Must Fight It Together.

From Christchurch to Pittsburgh, the two communities are under attack. It is time to stand united. 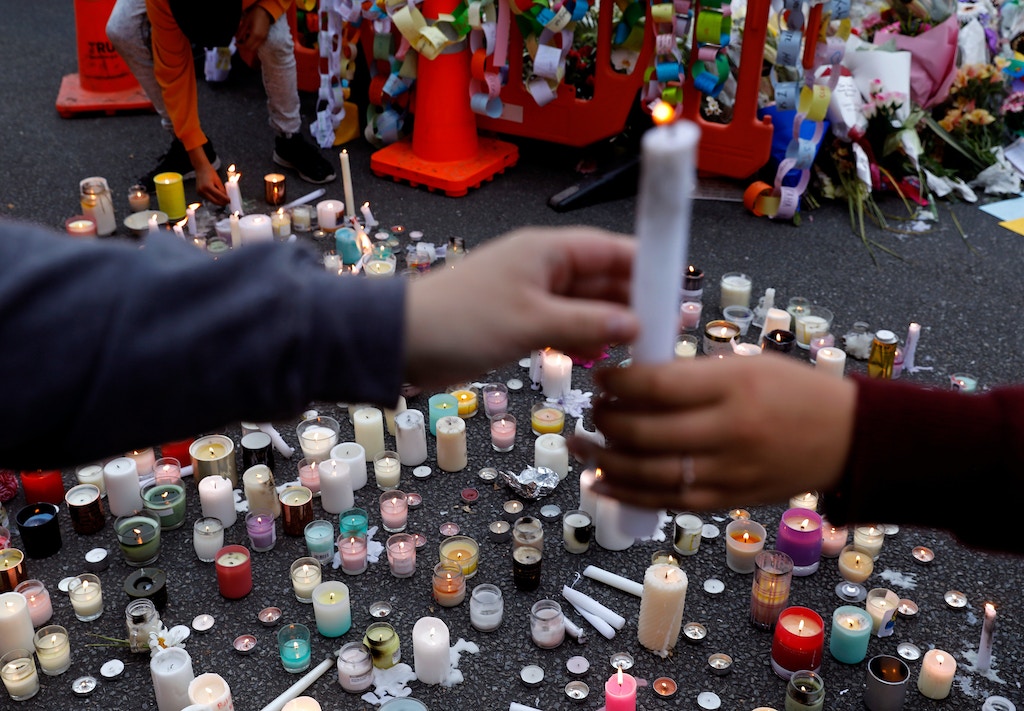 Students light candles as they gather for a vigil to commemorate victims of the shooting on March 15, outside the Al Noor mosque in Christchurch, New Zealand, on March 18, 2019.

The two of us have been having the exact same conversation for the past decade. About anti-Semitism and Islamophobia. One of us a Muslim, the other a Jew, we have conducted it in public and in private, on Twitter and on TV. We’ve agreed; we’ve argued; we’ve even wandered off topic to trade tips on how to get through a fast. Now we’ve come together because of the urgent and common threat that we face. Both of our communities are under violent attack from far-right white supremacists.

In Christchurch, New Zealand, last month a white supremacist gunned down 50 Muslims at prayer. In Pittsburgh, Pennsylvania, last October a white supremacist gunned down 11 Jews at prayer. Both killers were clear in their loathing of both Jews and Muslims. Both subscribed to the “great replacement theory,” which casts Muslims and other minorities as “invaders” of Western societies and a threat to white, Christian majorities. In this narrative, the supposed invasion is a wicked plot orchestrated by the same hidden hand behind all malign events through world history: the Jews. The point was put concisely in an online remark reposted by the Pittsburgh murderer: “It’s the filthy EVIL jews Bringing the Filthy EVIL Muslims into the Country!!”

This is how our haters see us: Jews and Muslims connected in a joint enterprise to effect a “white genocide.” It is an unhinged and racist conspiracy theory — and it has both of our communities in its murderous sights. So there can only be one response: Muslims and Jews must stand and fight it together.

This is how our haters see us: Jews and Muslims connected in a joint enterprise to effect a “white genocide.” It is an unhinged and racist conspiracy theory — and has both of our communities in its sights.

We realize this will not be easy. Both of us are deeply rooted in our respective communities, and we know them well enough to recognize that there are plenty of Jews and Muslims who have long seen the other as an opponent, even as an enemy. Given the deep connection that Jews and Muslims feel with Israel-Palestine, that is perhaps unsurprising.

We understand how this has come about. Jews and Muslims have spilled each other’s blood in acts of violence that have left deep scars. Jihadis have targeted Jews across continental Europe, whether it be the killing of children in a school in Toulouse in 2012 or shoppers at a kosher supermarket in Paris in 2015. Muslims share the pain of Palestinians living though more than half a century of brutal Israeli occupation, with regular eruptions of violence that have left civilians, including children, dead. To be clear: We are not playing a game of moral equivalence here; rather, we are recognizing the reasons for mutual antagonism.

Nor are we denying that there is much prejudice within each community toward the other. Witness the leader of a New Zealand mosque who recently suggested that the massacre in Christchurch was the secret handiwork of Mossad: an age-old, anti-Jewish conspiracy theory in contemporary garb. Or listen to the interfaith activist appalled to discover that a Facebook group of her fellow British Jews was awash with anti-Muslim racism. Across the Muslim-majority world, anti-Jewish tropes and conspiracies have been endorsed and even re-popularized. In the U.S., right-wing Jewish figures have been among the most prominent supporters of the “Islamophobia network.” There is a shared error here: Both the Muslim who hates Jews and the Jew who hates Muslims forget that the white supremacist hates them both. But that such people exist is proof that the narrative of white supremacism does not just infect white communities — it can infect us all.

Just as we acknowledge that the communities we were born into harbor prejudice, so we are ready to say the same of our chosen political community. We need no lectures on the importance of tackling anti-Semitism and Islamophobia on the left, as well as on the right. Both of us have condemned Jeremy Corbyn’s Labour party for its failure to tackle anti-Jewish racism within its ranks, while one of us has discussed the importance of avoiding anti-Semitic tropes in conversation with the controversial Democratic Rep. Ilhan Omar, who herself has been the victim of liberal Islamophobes. Both of us have condemned anti-Muslim bigotry in liberal left circles, too, whether it be the British scientist Richard Dawkins comparing Islam to cancer less than two weeks after the Christchurch massacre, or U.S. TV show host Bill Maher referring to Islam as “the Mafia”.

Both the Muslim who hates Jews and the Jew who hates Muslims forget that the white supremacist hates them both.

But this is no time for whataboutism. Yes, the jihadi threat to Jews has not gone away. Yes, some liberals have an Islamophobia problem, while some on the left are guilty of anti-Semitism, both of which can cause our communities to feel fearful and isolated. Fascism, however, is back with a vengeance. The growing and lethal threat to life and limb for Muslims and Jews is now coming not from the far left, but from an emboldened and violent far right. In the U.S., in 2018, every single one of the 50 extremist-related murders was linked to the far right, according to the Anti-Defamation League. In the U.K., according to the Home Office, between 2017 and 2018, the number of white suspects arrested for terror offenses outstripped those of any other ethnic group — the first time in more than a decade. In Germany, official figures suggest that 9 out of 10 anti-Semitic crimes in 2017 were perpetrated by members of far right or neo-Nazi groups.

Should we be surprised? White supremacists are on the march. They see Islam as incompatible with Western life. We reject that claim wholeheartedly. Jews, too, were long told that their faith had no place in Western society: They were wrong about Judaism and they are wrong about Islam.

That these two hatreds are linked on the right is clear, and not only in the minds of deranged killers. A recent Pew survey of 15 Western European countries found that “attitudes toward Jews and Muslims are highly correlated with each other. People who express negative opinions about Muslims are more likely than others to also express negative views of Jews.” In the U.S., a Gallup study in 2010 found that people “who say they feel ‘a great deal’ of prejudice … toward Jews are about 32 times as likely to report feeling ‘a great deal’ of prejudice toward Muslims.” Put simply, the kind of people who hate one of us are more likely to hate the other too.

Such people are animated by a racist ideology that goes wide and deep, amplified by powerful politicians of the right at the highest levels. Take Donald Trump, who says “Islam hates us,” and bans Muslims from five countries — but also rails against “globalists,” understood by anti-Semites as code for Jews, and in particular, the anti-Semites’ favorite boogeyman, George Soros. Or top Brexiter Nigel Farage, who speaks of a “Jewish lobby” and condemns Soros as “the biggest danger to the entire Western world” — but has also denounced “wholly Muslim” areas of London and gave us the infamous “Breaking Point” poster.

In our view, it is no coincidence that the rise of Trump and Brexit has been matched by a rise in hate crimes on both sides of the Atlantic targeting both of our communities. In the U.S., hate crimes against Jews rose by more than a third and accounted for 58% of all religion-based hate crimes in 2017, with Muslims in second place, while in the U.K., more than half of religiously motivated attacks in 2018 were aimed at Muslims, with Jews not far behind.

This is the climate in which we are both worried about the safety of our children. We share each other’s fears. And we both welcome signs that others are beginning to do the same. It’s heartening that Muslim groups raised more than $200,000 for bereaved families at the Tree of Life synagogue in Pittsburgh, and heartening too that the Jewish Federation of Greater Pittsburgh is now raising money for the victims of the New Zealand mosque attacks.

They are setting an example for us all. It is long past time that we Muslims and we Jews looked beyond our undeniable differences, recognize that we face a common and deadly threat, and agree that there is only one way to fight it: together.

Mehdi Hasan is a senior contributor to The Intercept, based in Washington, D.C.  Jonathan Freedland is a columnist for The Guardian, based in London. 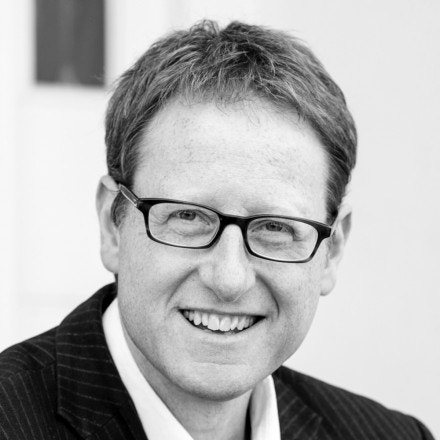