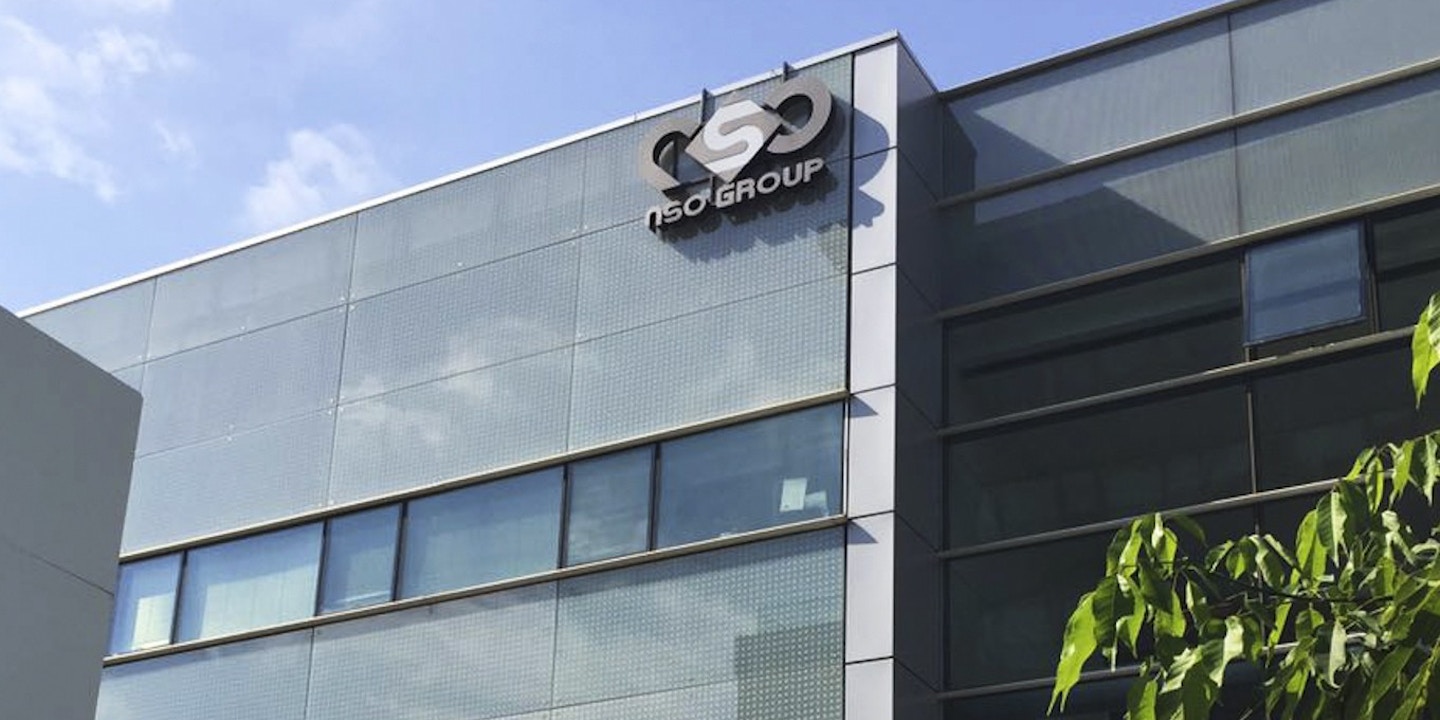 A prominent political communications shop that works on Democratic campaigns, employs Barack Obama and Hillary Clinton campaign alums, and boasts of its role in the fight for gun control and LGBT equality is representing an Israeli firm notorious for selling powerful surveillance technology to authoritarian governments around the world.

NSO Group, which is facing multiple lawsuits charging that its technology was used to spy on journalists and dissidents, hired SKDKnickerbocker to help with media inquiries as the spy firm tries to turn around its marred image.

The hiring, which was first reported by FastCompany, is the latest example of how SKDKnickerbocker is anything but progressive, despite the way it markets itself.

The agency, owned by a private equity firm run by former Clinton pollster Mark Penn, has done work for the LGBT group Human Rights Campaign and the National Latina Institute for Reproductive Health, but it has also taken on clients like Amazon and Starbucks. Still, SKDKnickberbocker’s decision to work for NSO Group despite its close ties to repressive governments in Mexico and the Middle East is particularly striking. 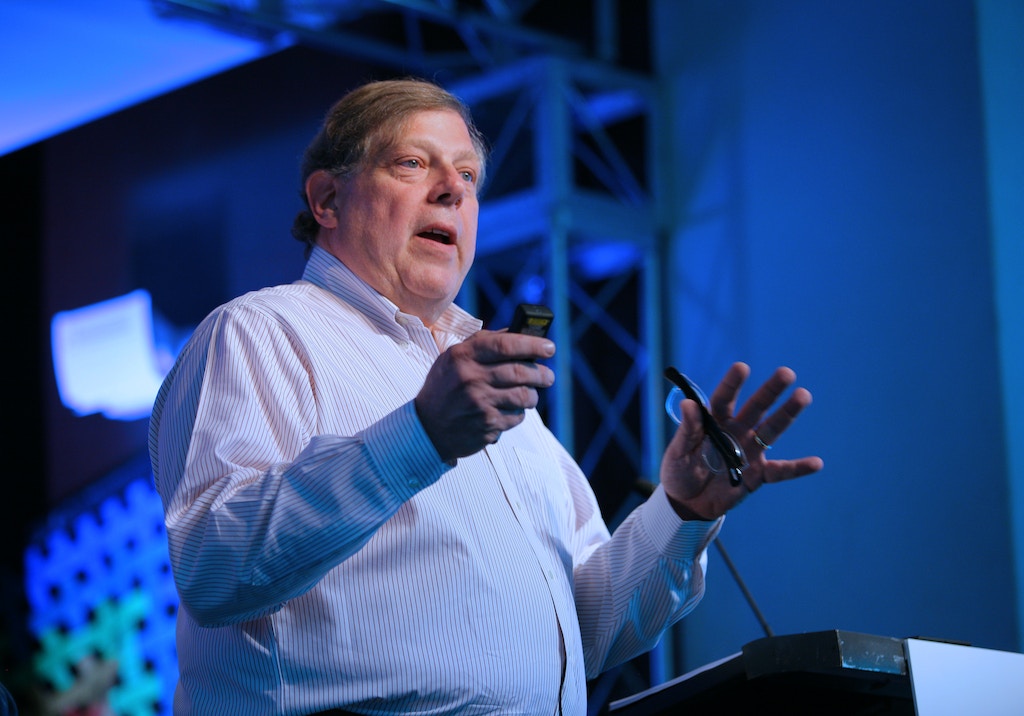 Mark Penn speaks during the Aspen Ideas Festival in Aspen, Colo., on July 1, 2014.

“SKDKnickerbocker represents a number of cause-oriented clients and the work to prevent and investigate terrorism in order to save lives is a cause that is especially important,” SKDKnickerbocker said in a statement to The Intercept. “What sets NSO apart from many other cyber technology firms is its commitment to an ethical business framework that relies on the expertise of people with national security and intelligence backgrounds from around the world to evaluate potential customers and review current customers. In our post-9/11 world, keeping up with technologically sophisticated terrorists is a critical mission.”

The communications and consulting firm is now a central part of the NSO Group’s public relations offensive, launched after a spate of reports revealed how NSO’s infamous Pegasus spyware has invaded the phones of journalists and activists, turning their iPhones and Androids into walking spy devices. In addition to retaining the services of SKDKnickerbocker, NSO Group, a company worth $830 million, has created a website, bought Google Ads, and opened its doors to a television news crew.

Yet even with NSO Group’s supposed shift toward transparency, it continues to evade questions about how it evaluates potential government customers and what due diligence the company does to prevent its technology from being used to commit human rights abuses, critics say.

“It looks like they sell their Pegasus spyware to countries with poor human rights records who, predictably, abuse the spyware to target journalists and human rights activists,” said Bill Marczak, a senior research fellow at Citizen Lab, a University of Toronto-based project that researches spyware. “Instead of meaningfully engaging with these concerns, their PR push has so far dismissed them.”

Like many Israeli surveillance companies, NSO Group was launched by Israeli military veterans moving into the private sector following stints in Israel’s army. The company’s founders, Shalev Hulio and Omri Lavie, used technology created by veterans of Israel’s Unit 8200, the equivalent of the U.S. National Security Agency, to launch Pegasus, the spyware that gains remote access to a target’s smartphone.

The spyware allows intelligence agencies to send innocuous-looking text messages with links that, if clicked on, turn a target’s smartphone into a mobile spy device. The technology circumvents encryption by getting direct access to phones and capturing targets’ conversations, personal contacts, e-mails, text messages, and pictures.

“NSO licenses its products to government intelligence and law enforcement agencies to provide them the tools they need to prevent and investigate terrorism and crime,” the company said in a statement to The Intercept sent by SKDKnickerbocker.

According to Citizen Lab’s research, however, NSO Group’s products have gone after civil society members not involved in any crime. In August 2016, Citizen Lab researchers discovered that Ahmed Mansoor, a human rights activist in the United Arab Emirates, was targeted with spyware made by NSO Group and likely operated by Emirati security forces. (Mansoor had sent Citizen Lab copies of a text message he received which contained the spyware.) Since their August 2016 discovery, Citizen Lab’s researchers have found that Pegasus spyware bought by the Mexican government has targeted Mexican journalists investigating corruption and organized crime. Separately, they confirmed that Pegasus targeted employees at the human rights group Amnesty International.

NSO Group denies having anything to do with the murder of Khashoggi. The Washington Post reported last week that the company has frozen its sales to the kingdom because of concerns that its spyware may be misused.

In a statement to The Intercept, the company said, “While we cannot discuss whether a particular government or agency has licensed NSO technology, anything that falls outside of preventing or investigating crime and terror is considered a misuse and will be investigated. The company takes misuse seriously and retains the right to shut down the system when necessary.”

Since facing questions about the group’s alleged involvement in tracking Khashoggi, Hulio, the co-founder, has given on-the-record interviews to prominent news outlets, even allowing CBS TV cameras into company offices in Israel.

The human rights groups pressing NSO over the sale of Pegasus to authoritarian governments say they’re skeptical that a company built on selling invasive tools to repressive regimes will radically change its business.

“Simply hiring a PR company to clean up their image without actually changing anything wouldn’t just be a failure to take responsibility, it would be an insult to the people who are demanding real answers and redress,” said Edin Omanovic, who leads the state surveillance program for Privacy International. “Instead of focusing on their PR, it’s time NSO Group, its owners, and its entire industry address the real harms which are being caused around the world.”