ICE Set to Deport Somalis Who Were Returned to U.S. on Infamous Botched Flight

ICE is planning to deport some Somali immigrants who said they experienced abuse on board a December 2017 deportation flight that was returned to the U.S. 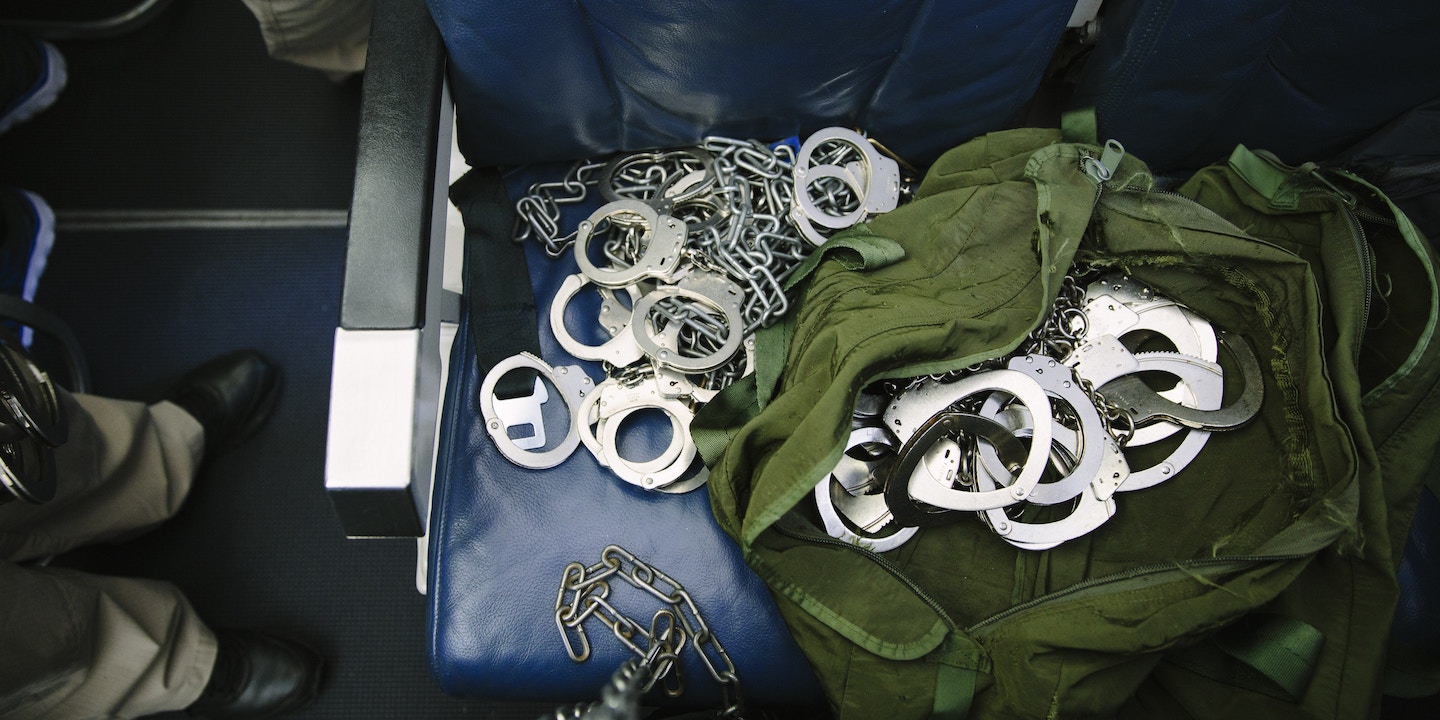 U.S. Immigration and Customs Enforcement is planning on Thursday to deport a number of Somali immigrants who were part of an infamous botched deportation flight in December 2017, according to their legal team. During the trip, the deportees said, they experienced verbal and physical abuse at the hands of ICE officers, and they have been detained and entangled in court proceedings since their involuntary return.

The planned deportations come nearly a month after a federal judge in Florida dismissed a class-action lawsuit brought by lawyers for the 92 Somali passengers who were on that flight. In the lawsuit, the Somali nationals asked the court to block the Department of Homeland Security from deporting them until they’d had a chance to try to reopen their immigration cases.

“At this point, all Plaintiffs have had a reasonable opportunity to file motions to reopen. Most have been granted and those Plaintiffs have accordingly been dismissed from this action,” wrote Judge Darrin Gayles in a March 14 order. “The few Plaintiffs whose motions have been denied may seek appellate review and stays of removal with the Board of Immigration Appeals.”

The exact number of Somalis to be deported from Louisiana, where they are currently being held, is in flux, according to their legal team. It is likely, however, that ICE will deport six people whose motions to halt their deportations are pending either before the Board of Immigration Appeals or a federal appellate court. ICE has moved at least nine other people who were on the December 2017 flight to Louisiana in recent weeks, though ICE has guaranteed that at least six of them won’t be deported on Thursday, according to their legal team.

“We are happy to have been able to help those who would have been deported to Somalia in December 2017 to a potentially catastrophic result, and the stories of the men and women who have been able to go back to their families in the U.S. are particularly gratifying,” said Lisa Lehner, an attorney at the Miami-based Americans for Immigrant Justice, who is part of a national team of lawyers who represented the Somalis in federal court and in their motions to reopen. “We hope that the government will be as mindful as Judge Gayles was to the predicament of those who still have pending avenues for relief [in] this country.”

A spokesperson for ICE declined to answer questions about its plans to deport the detained Somalis on Thursday. “ICE doesn’t discuss future operations due to operational security so I am not able to speak as to if/when any future removal may be scheduled,” ICE spokesperson Bryan Cox wrote in an email. “I would be able to confirm a removal after it has been completed.”

ICE first attempted to deport this group of Somali immigrants on December 7, 2017. Due to a mechanical problem with their airplane, they sat on a runway in Dakar, Senegal, for 23 hours before being returned to the United States. Upon their return, the passengers reported that they had been shackled by their wrists, waists, and legs for nearly 48 hours, had been forced to urinate on themselves, and had experienced abuse at the hands of the officers on board the plane. ICE has denied those allegations.

ICE intended to make a quick second attempt at deporting the Somali immigrants, at which point a team of lawyers from the Immigration Clinic at the University of Miami School of Law, Americans for Immigrant Justice, the James H. Binger Center for New Americans at the University of Minnesota Law School, and Legal Aid Service of Broward County filed a lawsuit to halt their deportations.

“As the plane sat on the runway, the 92 detainees remained bound, their handcuffs secured to their waists, and their feet shackled together,” the complaint reads. “When the plane’s toilets overfilled with human waste, some of the detainees were left to urinate into bottles or on themselves. ICE agents wrapped some who protested, or just stood up to ask a question, in full-body restraints. ICE agents kicked, struck, or dragged detainees down the aisle of the plane, and subjected some to verbal abuse and threats.”

When the group was returned to the United States, they were detained at the Krome Detention Center in Miami and the Glades County Detention Center in Moore Haven, Florida. At Glades, the detained Somalis have complained about additional instances of physical and racial abuse at the hands of ICE, and some of them have sued the agency for denying their requests for religious observance.

Most of the 92 passengers filed motions to reopen their immigration cases, though some of them chose to be deported to Somalia, rather than spend additional time in immigration detention and wait out what could be a lengthy process. A motion to reopen, if granted, gets rid of a deportation order against an immigrant, meaning that they cannot be involuntarily shipped out of the country. The Board of Immigration Appeals agreed to reopen 39 of the Somalis’ cases, while it sent four cases to immigration court for further proceedings, according to their legal team. The Board of Immigration Appeals denied 15 of the requests, and another two individuals are awaiting decisions in their cases.

Gayles dismissed the lawsuit for jurisdictional reasons, saying that the district court was not in a position to oversee pending immigration appeals. He indicated in his order, however, that he hoped that ICE would give the detained Somalis more time to litigate their immigration cases. “The Court is mindful of the plight of those Plaintiffs whose motions to reopen were denied by the immigration court,” the judge wrote in a footnote. “The Court hopes the government will delay removal of these Plaintiffs until after their appeals are completed to give them the opportunity to litigate these cases while present in the United States.”