ICE’s Attempt to Deport a Critic Was “Outrageous” and “Egregious,” Appeals Court Rules

The 2nd Circuit Court of Appeals ruled that activist Ravi Ragbir’s lawsuit against ICE for violating his First Amendment rights can move forward. 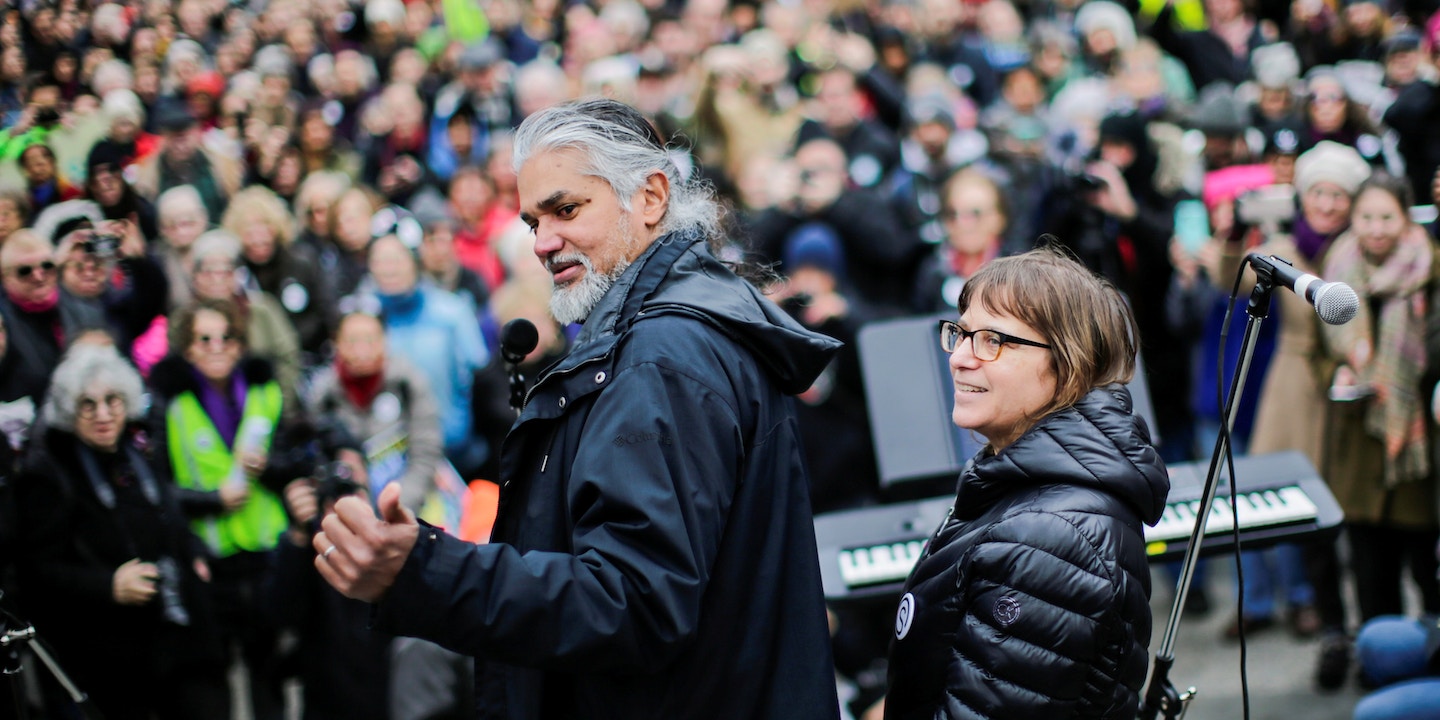 When U.S. Immigration and Customs Enforcement attempted last year to deport Ravi Ragbir, an outspoken critic of the agency, it was motivated by a desire to retaliate against his criticism, according to a ruling by a panel of judges with the 2nd Circuit Court of Appeals released yesterday.

“Ragbir’s public expression of his criticism, and its prominence, played a significant role in the recent attempts to remove him,” the ruling says. “The government’s retaliation was egregious.”

The ruling, written by Judge Christopher Droney, constitutes a direct challenge to broad executive power over immigration issues. In the case, the administration contends that people facing deportation are not entitled to make constitutional claims. The 2nd Circuit’s rebuke of that position now sets up a potential Supreme Court showdown over whether Congress or the executive can prevent the courts from hearing such claims.

“It should outrage every American that our government would attempt to stifle important political dissent and advocacy for civil rights by deporting the government’s most prominent critics.”

Stanton Jones, one of the lawyers representing Ragbir, called yesterday’s ruling an important affirmation that the government cannot silence its critics through exile.

“It should outrage every American that our government would attempt to stifle important political dissent and advocacy for civil rights by deporting the government’s most prominent critics,” Jones said. “That is the type of behavior that we might expect from an autocratic foreign regime, but it’s not behavior that any of us should expect or accept from our government.”

Ragbir’s case is based on his allegations that when ICE attempted to deport him in January 2018, it was singling him out because of his political speech and the unflattering media attention that speech brought to the agency. When Ragbir, the leader of the New Sanctuary Coalition of New York City, attended a mandatory check-in at ICE’s New York Field Office in 2017, his supporters staged a large rally outside the Lower Manhattan office, and prominent local politicians accompanied him inside.

The protests evidently made an impression on ICE officials. A year later, Scott Mechkowski, then the deputy director of ICE’s New York office, told one of Ragbir’s lawyers, Alina Das, that he continued to feel “resentment” about the events surrounding Ragbir’s 2017 check-in, Das said in a sworn declaration.

In January 2018, Micah Busey, a clergy member supporting Ragbir who went to speak with the deputy ICE director, said Mechkowski complained about the publicity. “Nobody gets beat up in the news more than we do, every single day. It’s all over the place,” Mechkowski said, according to Busey’s sworn declaration. “How we’re the Nazi squad, we have no compassion.”

Then, according to Busey’s sworn declaration, Mechkowski went a step further, explicitly linking speech critical of the agency to ICE’s deportation decisions. Mechkowski’s statements mentioned Jean Montrevil, a colleague of Ragbir’s at the New Sanctuary Coalition who had been surprised by ICE officers outside his home and deported two days before Busey’s meeting with the ICE official. “The other day, Jean made some very harsh statements,” Mechkowski said, according to the declaration. “I’m like, ‘Jean, from me to you … you don’t want to make matters worse by saying things.’”

The 2nd Circuit’s decision reverses the lower court’s ruling in the Ragbir case based on the 1996 Illegal Immigration Reform and Immigrant Responsibility Act. The district court judge in the case, Kevin Castel, ruled last May that even if ICE had decided to punish Ragbir for his political speech and silence him by prioritizing him for deportation, he had no legal claim because Congress has severely restricted the ability of people in deportation proceedings from raising legal challenges.

But this week, the 2nd Circuit ruled that making statements critical of the government, as Montrevil and Ragbir have, “implicates the apex of protection under the First Amendment.”

The ruling acknowledged that a section of the 1996 law was expressly intended to prevent courts from considering the constitutional claims of people facing deportation, but held that that intent is itself unconstitutional, running afoul of the ancient and fundamental principle of habeas corpus, because people must have some judicial recourse when the government’s conduct is outrageous.

“Ragbir’s claim involves outrageous conduct,” according the ruling. “To allow this retaliatory conduct to proceed would broadly chill protected speech, among not only activists subject to final orders of deportation but also those citizens and other residents who would fear retaliation against others.”

A dissenting opinion in the 2nd Circuit, by Judge John Walker, agreed that ICE had retaliated against Ragbir, but didn’t believe the 2nd Circuit should reverse the district court’s ruling because “the government’s retaliation against Ragbir has ended and its taint has dissipated.” In his dissent, Walker also doubted whether the government’s treatment of Ragbir was “outrageous” and worried that the majority opinion might “become an open door” for claims that challenge the executive branch’s monopoly on deportation-related decisions.

Government lawyers had argued that courts should have no say in Ragbir’s fate. Since Ragbir is deportable, having received an order of removal in 2006 after being convicted of wire fraud and conspiracy, court interference would raise confusing questions: If Ragbir’s attempted 2018 deportation was unconstitutional retribution for his protected speech, how could the government ever perform its lawful function of deporting him without accusations that the process was compromised by political malice?

The 2nd Circuit left this conundrum to the district court, but noted that “at least for the near future, the taint of the unconstitutional conduct could preclude removal.” The majority opinion suggested a two-year reprieve might be appropriate. The court also extended an existing stay to prevent ICE from deporting Ragbir while his case proceeds.

The Office of the United States Attorney for the Southern District, which represented ICE in Ragbir’s case, declined to comment on the ruling. The government has 45 days to ask the 2nd Circuit to reconsider its ruling, and 90 days to appeal the ruling to the Supreme Court. In the meantime, the case has been bounced back down to district court, where Ragbir’s lawyers are eager to begin discovery and learn more about how ICE came to decide to deport one of the most vocal critics of its power.