Biden is launching his campaign with a fundraiser thrown by a union-busting firm, then appearing with a local union facing pension cuts thanks to an Obama-era law. 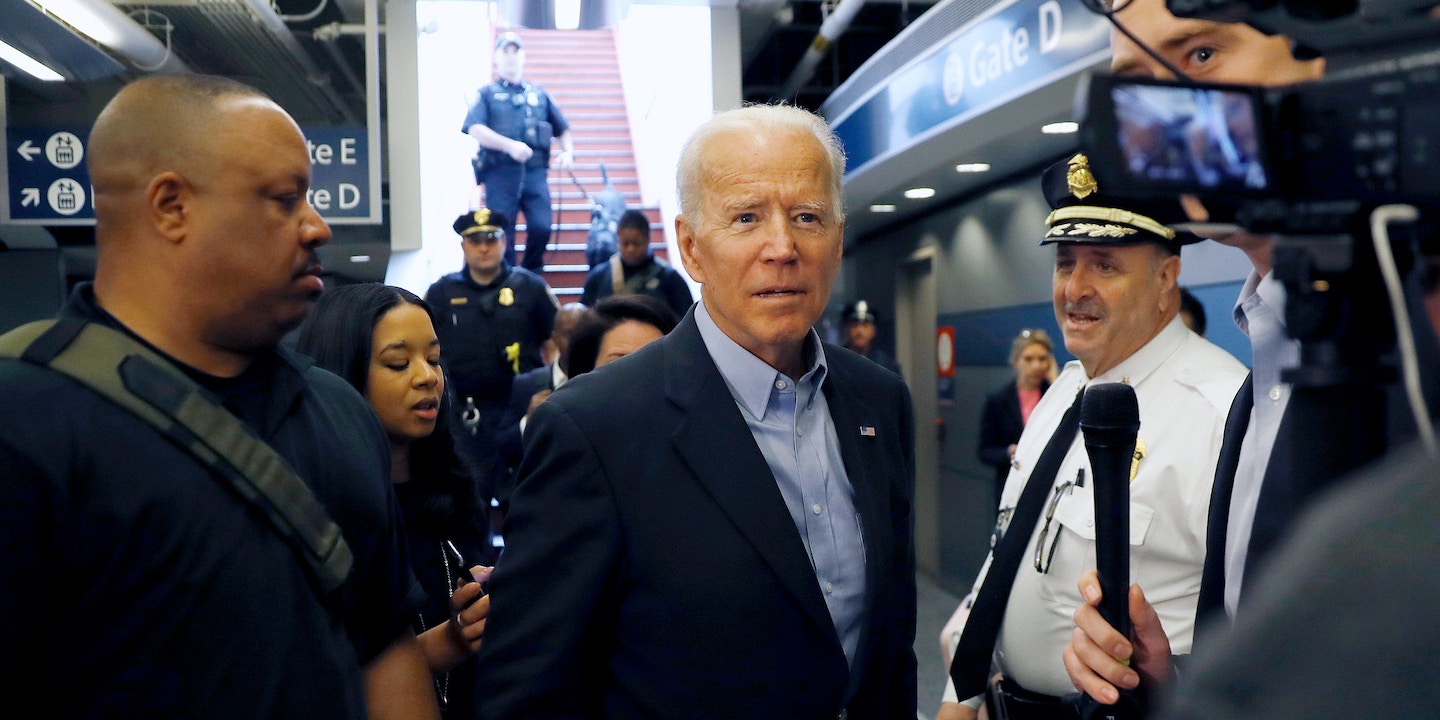 Joe Biden is kicking off his presidential campaign Monday afternoon alongside a local labor union in Pittsburgh, Pennsylvania, as part of his strategy to engage working-class voters in states that Hillary Clinton lost in 2016. But even as Biden basks in their image, the workers in the local union are locked in a battle with their bosses over cuts to their pensions — cuts enabled by a law passed during the former vice president’s time in the Obama White House.

Biden will speak to members of the Teamsters Local 249 alongside United Steelworkers President Leo Gerard, a man Biden has previously said he “work[s] for.” Gerard himself opposed the Obama bill, and the USW has since called on Congress to pass legislation to protect benefits with alternative funding. Gerard did not immediately respond to a request for comment.

Former President Barack Obama signed the Multiemployer Pension Reform Act of 2014 into law as part of an omnibus spending bill that also rolled back some Dodd-Frank consumer protection regulations on Wall Street and lifted limits on campaign contributions to national political parties. The measure allows sponsors of pension plans who can demonstrate they are in declining or critical financial condition to cut promised workers’ benefits in order to remain solvent.

Thanks to that Obama-era law, members of the Teamsters Local 249 are facing up to 30 percent reductions in their retirement benefits — the type of economic setback prone to produce the anxiety so heavily discussed in 2016. All participants in the plan will have the chance to vote on it, but the Treasury Department has the power to veto that decision if employees reject it. Many unions backed the plan as the only way to save retiree pensions in the long run, but individual workers have expressed frustration when faced with the prospect of cuts and have since called for revisions to the original bill allowing for cutbacks.

Biden’s campaign and his supporters peddle the former vice president as an antidote to President Donald Trump’s right-wing populism, a role he plays not with sweeping policy proposals designed to take on the malefactors of great wealth, but largely through tough-sounding rhetoric. He famously threatened to take Trump “behind the gym.” His trip to Pittsburg fits with an archetypal tour of working-class areas that conjure Biden’s nostalgic image of the United States, a journey that has also included Milwaukee, Wisconsin and Youngstown, Ohio, where Trump won in 2016. Biden situates himself in the rust belt by citing his ties to Scranton, Pennsylvania; his working-class upbringing and Irish Catholic heritage. The idea is that the six-term Delaware senator can use that special connection to repurpose the burgeoning class anxiety Trump was able to tap into and translate it back into energy for the Democratic Party. But in the same way that Trump styled himself as a working-class hero despite his massive inheritance and a career of reckless investing and wage theft, Biden’s desired image stands in stark contrast with his political record — and the elite and anti-labor interests backing his 2020 bid.

Despite some union backing for the law, a significant number of Democratic senators opposed it in 2014, including Sen. Bernie Sanders — one of Biden’s top opponents for the Democratic presidential nomination. Sens. Elizabeth Warren, Cory Booker, Kirsten Gillibrand and Amy Klobuchar all saw fit to oppose it.

“Before the law was changed, it was illegal for an employer to cut the pension benefits retirees have earned,” reads a statement on Sanders’s website issued alongside the proposal. “The new legislation establishes a legacy fund within the Pension Benefit Guaranty Corporation to ensure that multi-employer pension plans can continue to provide pension benefits to every eligible American for decades to come. This legislation is paid for by closing two tax loopholes that allow the wealthiest Americans to avoid paying their fair share of taxes.”

The looming pension issue illustrates a fundamental distinction in how the two septuagenarian politicians approach labor issues. “If Congress could bailout Wall Street and foreign banks throughout the world, we certainly can protect the pension benefits of American workers,” Sanders wrote in a statement on the legislation.

Perhaps nothing more accurately captures Biden’s essence in the tradition of corporate-friendly Democrats than the high-dollar fundraiser he hosted to kick off his campaign with help from Republican donors and corporate lobbyists. Or the one he held last Thursday at the home of Comcast Senior Executive Vice President David Cohen in Philadelphia alongside Steve Cozen, founder of the union-busting law firm Cozen O’Connor. Biden plans to hold another elite fundraiser in Los Angeles next month with DreamWorks co-founder Jeff Katzenberg; actor and director Rob Reiner; entertainment investor Peter Chernin; and former Google CEO Eric Schmidt. Biden’s campaign didn’t immediately return a request for comment.

The Western Pennsylvania Teamsters and Employers Pension Fund, which sponsors pension plans for members of the Local 249, applied in October for permission to cut benefits to more than 21,000 people working in the Pittsburgh area. The Treasury Department will rule on the application by May 7, and any approved cuts would be effective August 1. The Local 249 represents United Parcel Service employees, freight workers, and school bus drivers. Other participants in the Pension Fund include toll workers, prison staff, food service employees, and mechanics.