Joe Biden, like other Democratic candidates, pledged not to take lobbyist money, but his first fundraiser will be rife with cash from corporate interests. 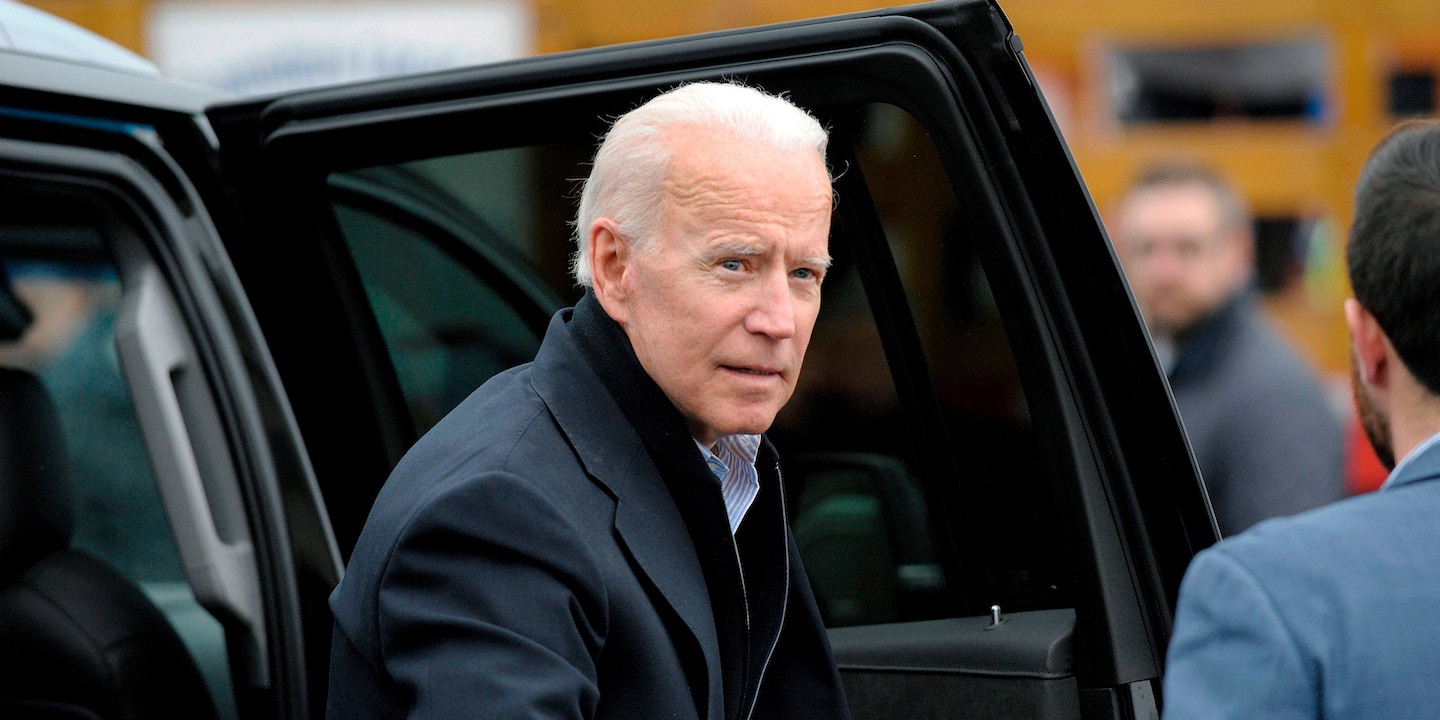 Over the last few months, David Cohen, a Comcast executive who oversees the telecom giant’s lobbying operation, has cut big checks to Republican candidates while pushing to advance his company’s regulatory agenda.

On Thursday afternoon, however, Cohen will open his Philadelphia home to host Joe Biden, helping the Democratic former vice president kick off his bid for the White House.

Biden, who announced his bid for the Democratic presidential nomination Thursday morning, has depicted himself as the party’s standard bearer. But he’s planning to roll out his campaign at an event filled with others like Cohen, namely GOP donors and corporate lobbyists.

Like other Democratic candidates, Biden is launching his presidential bid with a pledge to reject federal lobbyist cash. But the lobbyists attending his Thursday fundraiser are either unregistered or registered with state entities, not the federal system. As The Intercept previously reported, Democratic contenders Beto O’Rourke, Kamala Harris, and Cory Booker have all leveraged the same loophole to collect cash from corporate interests while pledging to eschew funding from federal lobbyists.

Biden has long since been close to lobbyists. Biden’s presidential campaign is currently being coordinated by his former chief of staff, Steve Ricchetti, who was himself a lobbyist. In the past, Ricchetti’s role with Biden’s vice presidential office sidestepped the Obama administration’s ban on employing lobbyists: Ricchetti received a special waiver to take his role with Biden.

Thursday’s fundraiser will be rife with lobbyists — but not those registered in the federal system.

The Biden for President host committee includes Kenneth Jarin, a lobbyist with Ballard Spahr who is registered to work on behalf of toll road operator Conduent and several health care interests. Jarin is a major donor to both parties and has given to political action committees controlled by former Republican House Speakers Paul Ryan and John Boehner.

Another host of the Biden fundraiser is Alan Kessler, another lobbyist who works with the firm Duane Morris. Kessler is registered to lobby in Pennsylvania for American Airlines and the global information tech firm Unisys Corporation, among other clients.

Former Philadelphia Mayor Michael Nutter, another host of the event, is a senior adviser to the local lobbying operation at Dentons, a law firm with a vast government affairs operation. Nutter is also on the board of Conduent.

One of Biden’s apparent strategies is to make clear that the former vice president is plugged into Democratic networks, especially party leaders and big-money donors. Biden’s supporters have spoken to a number of media outlets around the country to make exactly that case.

The fundraising event on day one of Biden’s campaign, however, suggests that he’s pursuing cash from bipartisan sources.

Daniel Hilferty, a member of the Biden host committee, is the chief executive officer of Independence Blue Cross. He is on the board of America’s Health Insurance Plans, the trade association working to defeat the progressive push for Medicare for All. In national politics, Hilftery has exclusively donated to Republicans this year, records show. The health insurance executive gave $5,000 to Senate Majority Leader Mitch McConnell, R-Ky., along with smaller donations to other congressional Republicans.

Cohen, the event’s host, has donated to dozens of Republicans over the years. In the past, Cohen has spread his money around. For instance, last year he gave to both Senate Republican and Senate Democrat groups. During the 2016 election, Cohen donated to Hillary Clinton’s presidential campaign, along with the Republican Federal Committee of Pennsylvania, a group that poured money into the state that year to elect Donald Trump. This year, however, over 90 percent of Cohen’s political spending has gone to Republican groups, according to campaign finance disclosures.