Lobbyist Lauren Aronson has been working closely with a top Pelosi aide and in consultation with the Trump administration to find a drug-pricing compromise. 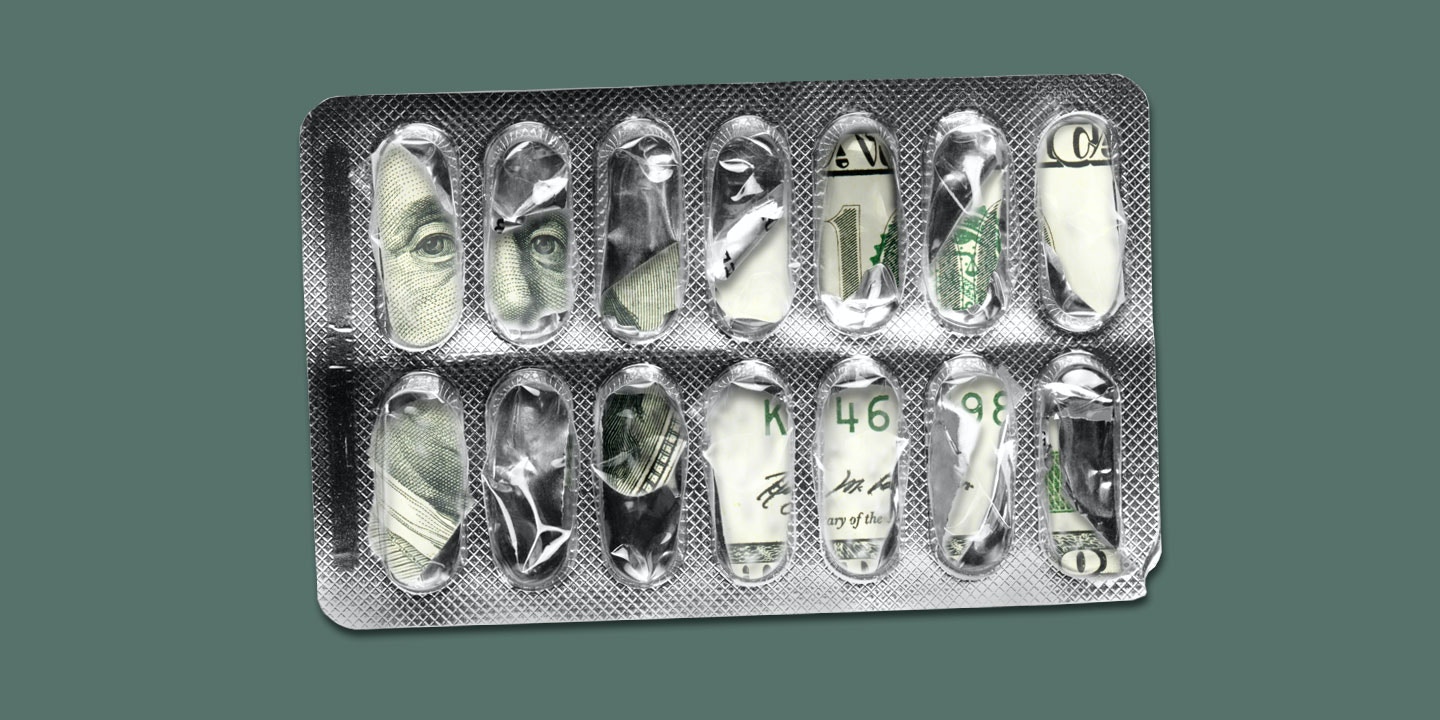 A lobbyist for the hospital and insurance industries, as well as pharmacy benefit manager middlemen who negotiate with drug companies for discounts, is among the small handful of policy experts advising House Speaker Nancy Pelosi on her drug-pricing legislation strategy. The lobbyist, Lauren Aronson, has been working closely with top Pelosi policy aide Wendell Primus and in consultation with the Trump administration to find a drug-pricing compromise solution.

Stat News first reported Aronson’s role in drug-pricing talks, which The Intercept was able to confirm. Aronson was previously a health policy adviser to Rahm Emanuel when he served in the House of Representatives.

“Our office meets with a wide variety of people, and Aronson is not involved in drafting Democrats’ prescription drug legislation,” said Pelosi spokesperson Henry Connelly.

While it’s in the short-term interest of insurance payers and providers to lower the cost of prescription drugs, the marriage of convenience could have its limits. Democrats from former President Barack Obama to 2020 hopeful Bernie Sanders have expressed support for interventions in the private insurance industry, from public insurance options to a Medicare for All system that abolishes insurers entirely. The House’s most powerful Democrat teaming up with insurers on drug prices may make it harder to consider more aggressive changes down the road.

The situation reveals a familiar dynamic in Washington, where political parties don’t debate each other on policy as much as they mediate fights between corporate interests. Almost everything on drug pricing coming out of the Trump administration, whose Health and Human Services Secretary Alex Azar was the president of drug company Eli Lilly, attacks pharmacy benefit managers and hospitals to the benefit of drug companies; almost everything coming out of the speaker’s office attacks drug companies to the benefit of pharmacy benefit managers and hospitals.

Aronson, the health industry lobbyist, worked at the Centers for Medicare and Medicaid Services and as policy director for the White House Office of Health Reform under Obama, where Emanuel served as chief of staff in 2009 and 2010.

The situation reveals a familiar dynamic in Washington, where political parties don’t debate each other on policy as much as they mediate fights between corporate interests.

In 2015, Aronson shifted to K Street, working for the powerful firm Mehlman Castagnetti Rosen & Thomas, where she is “uniquely equipped to help health clients achieve policy and political objectives,” according to the company’s website. Aronson is also the executive director of the Campaign for Sustainable Drug Pricing, or CSRxP, which describes itself as “a broad-based coalition of leaders — physicians, nurses, hospitals, consumers, health plans, PBMs, pharmacists, and businesses — promoting bipartisan, market-based solutions to lower drug prices in America.”

In a statement, CSRxP spokesperson Jon Conradi said, “Ms. Aronson and the CSRxP team have, and will continue to, work with Members of Congress on both sides of the aisle to advance policies that hold Big Pharma accountable for their egregious pricing practices that are fleecing American consumers.”

As The Intercept has reported, Primus has been developing a policy since February, through which Medicare and drugmakers would submit prices for certain high-priced drugs, and a third-party arbitrator would select one of the two prices, or choose a third based on their own research.

Aronson is part of a team of policy experts developing the legislation. Others include Harvard professor Richard Frank, an Obama administration veteran who co-authored a Health Affairs study introducing the arbitration concept in 2008, and Johns Hopkins professor Gerard Anderson. These three have discussed the matter with Trump administration officials. Primus has expressed a desire to find a drug-pricing solution that President Donald Trump would sign.

Sources indicate that Frank Pallone, D-N.J., chair of the House Energy and Commerce Committee, would likely carry the arbitration bill.

House progressives have criticized the concept, because it hands over pricing decisions to an unaccountable and opaque third party. Many have gotten behind legislation from Rep. Lloyd Doggett, D-Texas, to require Medicare to negotiate directly with pharmaceutical companies, and if firms refused to reduce prices of a drug, to authorize compulsory licensing of that drug to generic manufacturers. That bill has 122 co-sponsors, and Sen. Elizabeth Warren, D-Mass., has been pushing a related idea around direct public manufacturing of generic drugs. Pharmaceutical lobbyists appear to be more comfortable with arbitration.

A third solution has emerged from the Center for American Progress’s health policy adviser Topher Spiro, who attended one meeting with Primus and other experts before the election but then broke with the group. He is working with House Ways and Means Committee Chair Richard Neal, D-Mass., on a bill that would negotiate directly with drug companies, enforced with an excess profit tax on any price increase beyond the current rate of medical inflation. “This would be much broader than the Doggett bill,” said a CAP spokesperson, saying that it would apply to all payers of drugs used by Medicare. “We’ve had productive discussions with the groups, Rep. Neal’s office, Rep. Doggett’s office, and Speaker Pelosi’s office in an attempt to find a bold, comprehensive solution that can lower drug prices for all Americans,” the CAP spokesperson added.

Connelly, Pelosi’s spokesperson, responded to questions about the drug-pricing negotiations by saying, “We’re continuing to incorporate feedback and ideas from members and stakeholders about how we can develop the toughest possible bill.”

House Democrats and outside groups have sparred over the disparate options, behind the scenes and in public, which has led to fears that nothing will emerge on what was seen as the most promising avenue for bipartisan legislation in this Congress.

Drug company CEOs testified before the House Energy and Commerce Committee on April 10, and while lobbyists were pleased that there was no gotcha moment to point to like the infamous tobacco industry hearings in the 1990s, lobbyists were concerned that the CEOs were so compliant that members of Congress gained leverage over negotiations. There’s also an exploitable split between U.S.-owned drugmakers, who oppose any regulation on drug prices, and European-owned firms, who are more comfortable with it.

The intra-Democratic debate could frustrate any resolution.

But while the environment is fertile for some solution, the intra-Democratic debate could frustrate any resolution. Policymakers see a narrow window to get something done before the 2020 elections take over. With several Democratic candidates eager to back legislation lowering drug prices, there’s concern that Trump won’t sign something his potential challengers want, and on the other side, Democrats may not want to give Trump a victory to kick off his re-election campaign.

Meanwhile, the role of the corporate coalition Aronson heads in the negotiations may be coloring Pelosi and Primus’s positions on other health-related policies. For example, House Democratic leadership has publicly rejected a proposed Health and Human Services rule to eliminate the legal kickbacks that pharmacy benefit managers get from negotiating rebates with drug companies.

Primus and Pelosi have said that removing rebates would not bring list prices for prescription drugs down an equivalent amount, and they’ve cited estimates from the Center on Medicare and Medicaid Services’s Office of the Actuary suggesting higher consumer prices and government costs from the rebate rule. An HHS study from the data analysis firm Milliman found a far broader possible range of outcomes, from $135 billion in costs to consumers and government to $188 billion in savings.

“A plan that merely trusts Pharma to lower its prices hasn’t worked before, and it won’t work now,” said Connelly.

Of course, resisting the administration’s moves on rebates mirrors the position of the pharmacy benefit managers, one of Aronson’s key clients. Supporters of the HHS rule believe that ending rebates will change the business model for pharmacy benefit managers and control the misaligned incentives that lead to high list prices. Connelly noted that, in the context of drug price reform, “PBMs are going to have to step up too.”

The three leading pharmacy benefit managers that control the lion’s share of the market — CVS, Express Scripts, and OptumRx — have all merged or are merging with insurance companies (CVS with Aetna, Express Scripts with Cigna, and OptumRx with UnitedHealth). So siding with PBMs is effectively equivalent to siding with insurance companies, which are obviously the main obstacle (along with hospitals) to any expansion of Medicare or public insurance option in health markets.

Primus has also repeatedly downplayed support among the House leadership for a Medicare for All-style single-payer program, including in a presentation to insurance executives from Blue Cross Blue Shield. That company is also a member of Aronson’s Campaign for Sustainable Drug Pricing. Primus told the insurance executives, as the The Intercept previously reported, that Democratic leadership in the House would not be backing Medicare for All, but wanted help from insurance companies taking on pharmaceutical prices.

The Partnership for America’s Health Care Future has been running attack ads against Democratic single-payer supporters. That group has many coalition members in common with the Campaign for Sustainable Drug Pricing, including the American Hospital Association, America’s Health Insurance Plans, Ascension, Blue Cross Blue Shield, and the Federation of American Hospitals.

The Affordable Care Act also had the backing of stakeholder industries, and while it expanded coverage for millions of Americans, it was always seen as an incremental and not comprehensive fix to a broken system, as evidenced by Democrats running on improving health care in the 2018 midterms. Former Iowa Sen. Tom Harkin referred to it as a “starter home.” With a hospital and insurance company lobbyist working closely with the speaker’s office, it’s difficult to see how that starter home will be allowed to build an addition.