How to Dismantle the Absurd Profitability of Nuclear Weapons

Nuclear weapons are more than just a terrifying threat to every living thing on earth. They’re also a terrific way to make money. 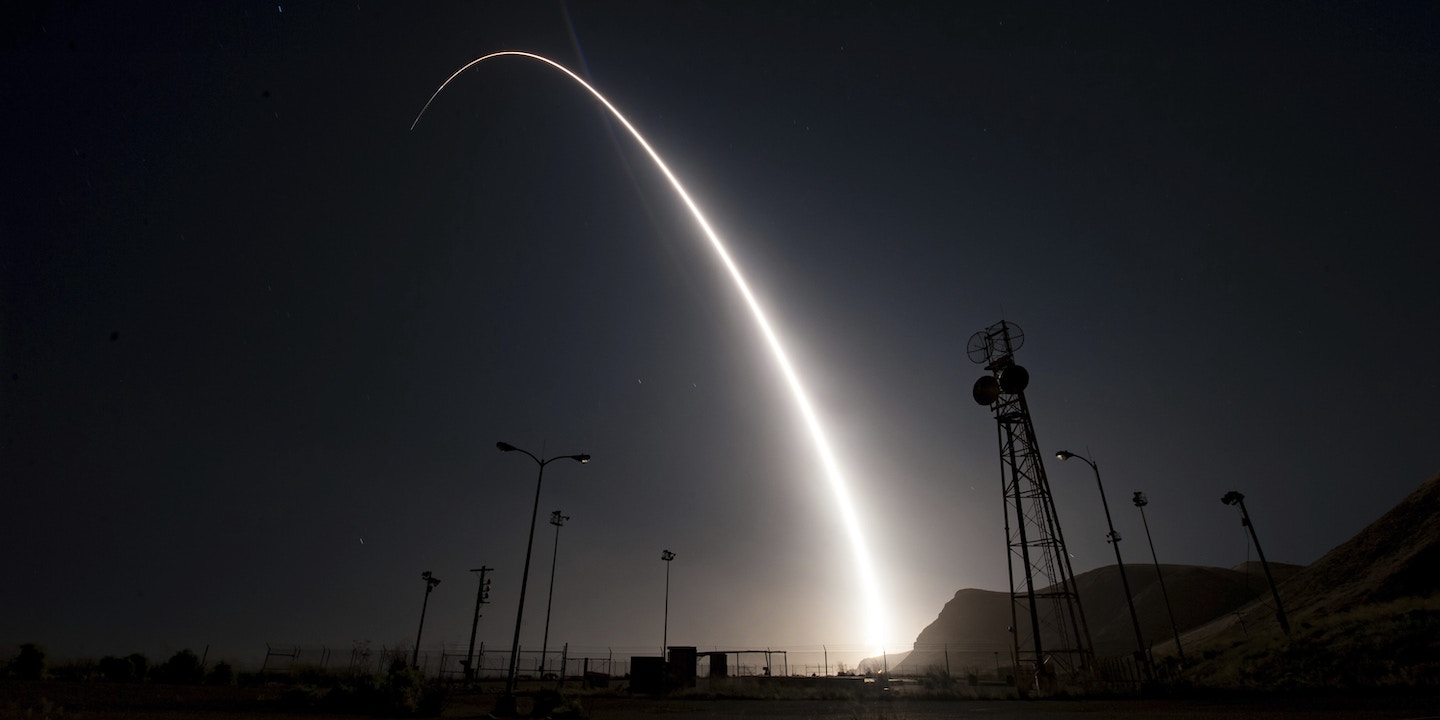 The Bulletin of the Atomic Scientists currently has its Doomsday Clock set to two minutes to midnight — the closest we’ve been to self-obliteration in nuclear history.

But nuclear weapons are more than just a terrifying threat to every living thing on earth. For decades, they’ve been a terrific way to make money.

A new report from PAX, a Dutch peace organization, both illuminates how profitable it can be for multinational corporations to manufacture Armageddon and provides a roadmap for taking the money out of mass death.

The PAX report identifies a total of $116 billion in current contracts between governments and the private sector to design, build, and maintain the world’s nuclear arsenals. The actual amount may be significantly higher, since all nine nuclear powers maintain some degree of opacity about their nuclear programs. “We know what we can trace,” says Susi Snyder, the report’s principal author, “but there’s definitely more out there.”

Many powerful corporations therefore have incentives to push governments to expand their nuclear stockpiles. At a recent investor conference, a managing director of the investment bank Cowen Inc. questioned the CEO of Raytheon, one of the nuclear contractors listed by PAX. “We’re about to exit the INF [Intermediate-Range Nuclear Forces Treaty] with Russia,” the managing director said, and excitedly asked if this means that “we will really get a defense budget that will really benefit Raytheon.” (The planet may be destroyed, but for a beautiful moment in time, they will have created a lot of value for shareholders.)

Snyder believes that President Donald Trump’s decision to pull out of the INF Treaty may be paying literal dividends for Raytheon already. She points out that over a period of three months after Trump announced the U.S. withdrawal last fall, Raytheon received an anomalous 44 separate missile contracts worth more than $500 million.

Moreover, corporate lobbying has already nudged the U.S. to commit to a nuclear “modernization” program — initiated under former President Barack Obama and expanded under Trump — that will cost an estimated $1.2 trillion over the next 30 years. And while modernization sounds good, what’s planned will actually make U.S. nukes much more deadly, something to which Russia is already planning to respond. The final result may be an extremely modern nuclear war.

PAX, however, does not counsel despair, but instead sees the intertwining of the private sector and nuclear weapons as a potential point of leverage.

Among the hundreds of nuclear contracts are some gems of nuclear insanity. Boeing has received $16 million to develop a “Flight Termination Receiver” that would theoretically allow nuclear missiles to be destroyed after a mistaken launch.

This could change the U.S. nuclear calculus in an extremely dangerous way. There have been many false alarms in the past that Russian missiles were headed toward the U.S. We’re here now only because no president responded to the alarms, in part because they knew such a response would be irrevocable. If future presidents believe that they have an end of the world “take back,” they may be tempted to launch U.S. nuclear missiles in response to another false alarm. But of course, no technology is ever 100 percent effective — especially when it’s built by the company that brought us the 737 Max. And if just one missile failed to self-destruct, a full-out nuclear war would soon follow.

PAX is a member of the International Campaign to Abolish Nuclear Weapons, which won the Nobel Peace Prize in 2017. ICAN played a key role in the promotion of the Treaty on the Prohibition of Nuclear Weapons, or TPNW, which was adopted that year at the United Nations and therefore, opened for ratification by member states.

ICAN’s strategy with the TPNW is a sneaky one. They do not aim to begin by trying to persuade countries with nuclear weapons to abandon them. Rather, they aim to start by persuading non-nuclear countries to ratify the treaty. Such countries will then be prohibited from possessing nuclear weapons — and from allowing them to transit through them or permitting their production on their territory.

If all goes according to plan, this will create a slowly tightening noose around the nuclear weapons states. If the Netherlands were to ratify TPNW, Airbus could no longer help build France’s nuclear missiles. The Italian company Leonardo also lends a hand with France’s nuclear program and likewise could not do so if Italy ratifies the treaty.

But beyond legal restrictions, ICAN hopes that grassroots organizing for TPNW country by country will eventually create a societal taboo around nuclear weapons that will put severe pressure on private-sector corporations and eventually the current nuclear states. If this sounds utopian, it should be remembered that such taboos have been created around biological and chemical weapons, as well as land mines and cluster bombs. There are still holdout countries for each, but they’ve faced greater and greater opprobrium as time goes by, and it’s not impossible to imagine that there will be eventual complete compliance in each case.

PAX points out that the TPNW has already helped create enough stigma surrounding nuclear weapons that two enormous pension funds have divested from nuclear arms producers. The Norwegian Government Pension Fund, the second-largest pension fund on earth, has sold its investments in, among other companies, Huntington Ingalls, Lockheed Martin, Airbus, and Boeing. The Dutch civil service fund ABP is the world’s fifth-largest and has also divested from the nuclear arms industry. “Changes in society, also at an international level,” said an ABP executive, mean that “nuclear weapons no longer fit in with our sustainable and responsible investment policy.”

This perspective is now quietly making its way across the Atlantic. This January, a bill was introduced in the Massachusetts State Legislature that would require the state’s pension funds to divest from nuclear manufacturers. The city of Cambridge has already done so. Ojai, California, will not make any future investments in the makers or funders of nuclear weapons.

“If Lockheed Martin can stop making cluster bombs because they’re losing investors across Europe,” says Snyder, “we know corporations can be moved. … It takes a long time with businesses, but you can do it faster than with governments.”

And that’s the point of Pax’s report: It wasn’t created for passive consumption, but to put basic information in the hands of activists, so that they can exert the power of basic sanity.