U.S. border officials arrested a human rights advocate, denying her access to an attorney when she accompanied an asylum-seeker to a border crossing. 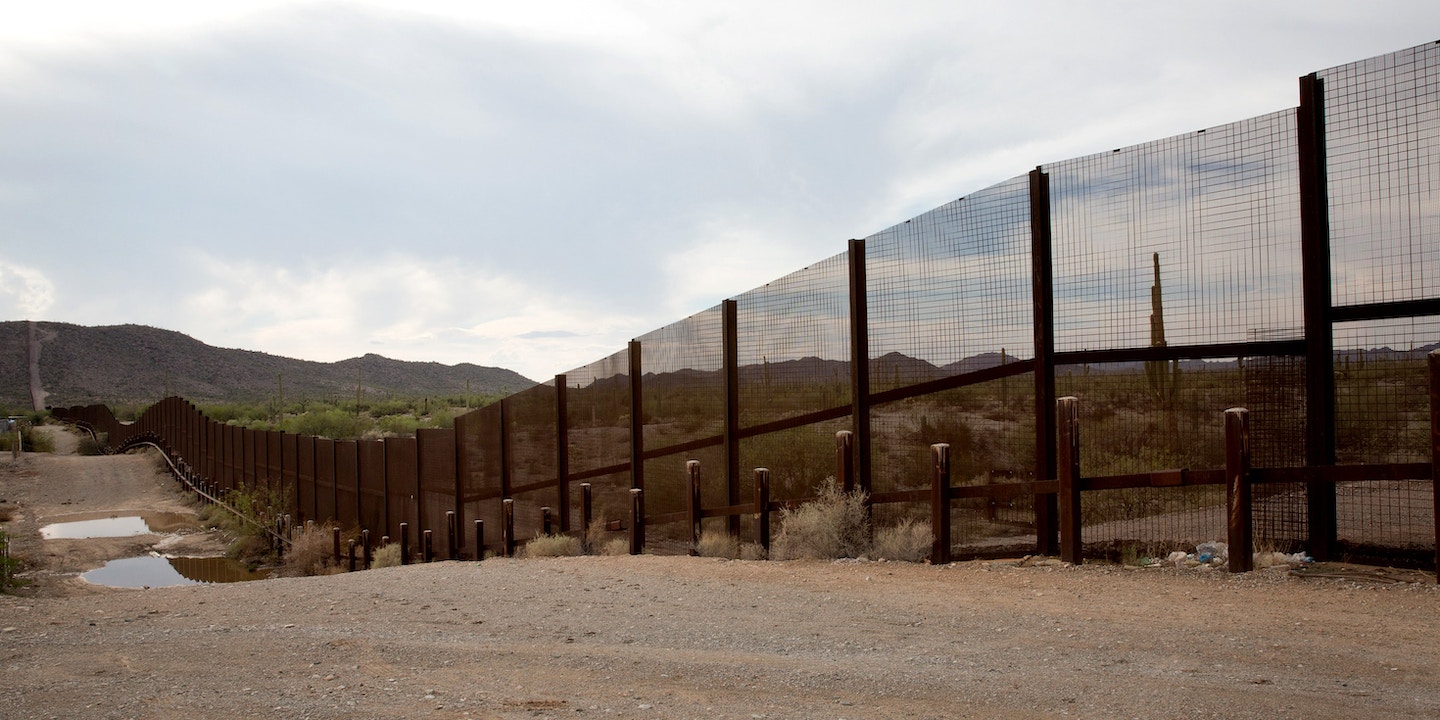 An immigrant rights advocate on the U.S.-Mexico border was arrested and accused of “illegal alien smuggling” as she accompanied an asylum-seeker to a port of entry in southern Arizona. Ana Adlerstein, a volunteer at Casa del Migrantes, a migrant shelter in the Mexican town of Sonoyta, said U.S. Customs and Border Protection officials told her that “the Fourth Amendment doesn’t apply here” and “the border’s different,” as she was taken into custody Sunday.

Adlerstein was detained for more than four hours, and though she was not charged, she said CBP officials specifically told her that she was being placed under arrest, cited U.S. law prohibiting human smuggling, denied her access to an attorney, and informed her that investigators with the Department of Homeland Security would be following up with her as part of an “ongoing investigation.”

The arrest marks the latest in a series of aggressive actions the Trump administration’s frontline immigration enforcement agencies have taken against individuals and organizations working with migrants, which has included the arrest of nine humanitarian aid providers in Arizona, and sweeping surveillance, interrogation, and travel restrictions leveled against activists, journalists, and immigration attorneys in the San Diego-Tijuana area.

“Intimidation from CBP has been ramping up,” Adlerstein told The Intercept on Wednesday, with CBP routinely pulling individuals working on migrant issues into secondary screening, grilling them with questions and using words like “aiding and abetting.”

“We get that it’s intimidation,” Adlerstein said. “And it’s scary.”

Thursday morning, CBP’s press office in Washington D.C. told The Intercept it was in communication with officials in Arizona regarding the matter, but did not provide answers to questions prior to publication.

Adlerstein detailed her ordeal in both an interview and a statement of facts to Front Line Defenders, an international legal organization that works to protect human rights defenders, compiled after her arrest and shared with The Intercept. Her account was bolstered by Sean Wellock, a Missouri-based immigration attorney representing the asylum-seeker she was accompanying. Wellock asked that certain details regarding his client not be made public. “Reneé” is a young person from Central America, currently facing credible threats of violence in Mexico, Wellock told The Intercept, threats that are now exacerbated by a Trump administration policy of sending asylum-seekers to Mexico as their cases proceed.

Wellock took on Reneé’s case after learning that he had recently been forcibly turned away from the Lukeville port of entry. With Adlerstein acting as an observer on the ground, Wellock took steps to insure that Reneé would be able to exercise his right, under U.S. and international law, to apply for asylum. On Friday night, Wellock called the Lukeville port to inform officials there that he was Reneé’s attorney and that Reneé would be coming to the port to seek asylum. The official who picked up the phone said the port was at capacity and wouldn’t have room at that time.

On Sunday, Wellock called the port again. This time, he was able to speak to a CBP supervisor by the name of Noriega, who said that Reneé could come to the port to request asylum and that her agency did not have a policy of turning away asylum-seekers. With a signed immigration form and a cover letter from Wellock in hand, Reneé walked up to the port of entry with Adlerstein trailing behind shortly before 3 p.m. Noriega informed the pair that the facility was at capacity and to return in a couple of hours.

At approximately 5 p.m., Reneé and Adlerstein returned. As Reneé crossed the yellow line marking the beginning of U.S. soil, Adlerstein said, an officer demanded they stop. It was at that point that a new supervisor — with the last name Williams — came “rushing out,” asking his subordinate if there was “one or two.” Ultimately, Adlerstein recalled, Williams determined that there was “one and an illegal alien smuggler.”

The pair was taken into a CBP building. Adlerstein asked repeatedly if she was being placed under arrest. “Yes, I’m arresting you,” she recalls Williams telling her. “I know you’re recording this, you can record this, I don’t care.” (Adlerstein was not recording — she did not bring her phone to the port.) Adlerstein said Williams accused her of “illegal alien smuggling” and a second officer made specific reference to “1324,” the criminal statute for human smuggling, the same statute under which Scott Warren, a humanitarian aid volunteer in nearby Ajo, Arizona, is currently facing 20 years in prison.

“You are smuggling, you can be arrested for this,” Adlerstein recalls being told. “You don’t know the law.”

At the time, Adlerstein was carrying a signed letter from an attorney at the American Civil Liberties Union, explaining that she is a U.S. citizen and would not answer questions once her citizenship was established. Adlerstein says she told the CBP officer that if she was being placed under arrest, she wanted to speak to her attorney, whose phone number was on the letter. According to Adlerstein, Williams took the letter, tossed it on a desk, and said, “Tell your lawyer to come down here. We’ll arrest him too.”

Adlerstein was moved to a concrete cell, where she says she was subjected to what she described as an “invasive” body search by a female guard. Reneé was moved to a separate cell. On the outside, Wellock scrambled to find information on his client. “I didn’t hear anything for several hours,” he said. At one point, during a call to the processing center, a CBP officer told Wellock that he was not authorized to provide information to attorneys, and he would need to call the agency’s Tucson office.

“I was also concerned that Ana might be in trouble too,” Wellock said.

Back in the detention center, Adlerstein said multiple officers repeatedly told her that she had no Fourth Amendment rights and that “things are different at the border.” Three hours into her detention, she was presented with a form that would authorize the government to call her family to let them know that she was “safe” — Adlerstein’s mother was woken up by the call at approximately 11 p.m. ET.

As time ticked away, Adlerstein wondered how long she would be locked up. At one point, she said, an officer told her she could be held for up to eight hours; another said she could be held “indefinitely.” Fours hours in, Adlerstein started pounding on her cell door. A headache from the beginning of the episode started to worsen, and Adlerstein began requesting medical care. She was taken to an office, fingerprinted, and told that she was the subject of an “ongoing investigation,” with CBP awaiting word from DHS on whether she would receive a summons.

At approximately 9 p.m., Adlerstein was released, having been told that Homeland Security Investigations, the powerful investigative wing of Immigration and Customs Enforcement, would be calling her. Reneé, meanwhile, was processed but his location in the immigration system was not immediately clear. As of Thursday, Wellock was still working with DHS to determine the asylum seeker’s precise location.

“This is supposed to be the most straightforward way to apply for asylum,” the immigration attorney said. “They are making it very difficult.”