Amnesty International says that fighting in Tripoli has led to possible war crimes, and that migrants are in particular peril. 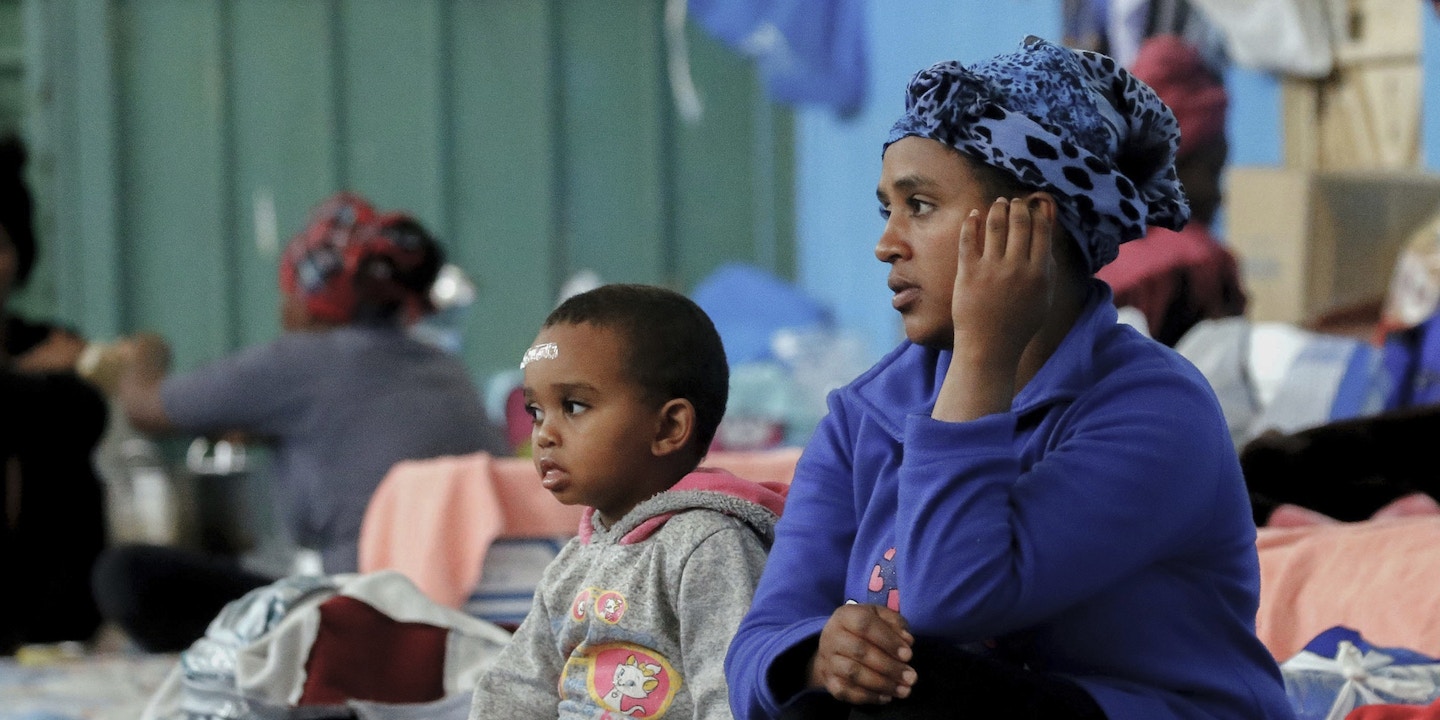 The lives of hundreds of migrants and refugees are under threat in Libya as the conflict there nears detention centers, according to a release yesterday from Amnesty International.

Two people were injured last week when an airstrike hit about 100 meters away from the Tajoura migrant detention center, where some 500 migrants and refugees are being held, said Amnesty. Three days later, another airstrike hit near the facility, which is east of the Libyan capital, Tripoli. Weapons are being stored in a warehouse in the same compound as the detention center, suggesting that some fighters are using the compound as a military complex, according to Amnesty’s sources.

U.N. High Commissioner for Refugees spokesperson Charlie Yaxley said Wednesday at a press briefing that the agency is very concerned for the approximately 3,300 refugees and migrants held in detention centers close to the fighting. “UNHCR is in a race against time to urgently move refugees and migrants out of detention centers to safety, and we urge the international community to come forward with offers of evacuation, humanitarian corridors, whatever it takes to get people out of harm’s way,” he said.

In the past week, he added, 944 people have left the Libyan coast in boats, and 65 have drowned. Of those who survived, the majority were returned to Libya, leaving hundreds of migrants wedged between life-threatening danger on both sides.

“All these refugees from all over Africa are stuck in this really dangerous situation where they have nowhere to go,” Philippe Nassif, advocacy director for the Middle East and North Africa at Amnesty USA told The Intercept.

Libya has been in a state of conflict since 2011, when the U.S. and other NATO countries intervened in a popular uprising to topple dictator Moammar Gaddafi. A collection of tribes grappled for control in the wake of Gaddafi’s death, establishing rival fiefdoms across the country. Eventually, those groups formed armed militias.

Cmdr. Khalifa Haftar, who heads the Libyan National Army, a political faction loyal to the Tobruk government in Libya’s east, announced a sudden attack on Tripoli on April 4. The military advance came in spite of a U.N.-mediated peace effort between the internationally recognized government of Libya, known as the Government of National Accord, and Haftar’s own group in the eastern half of the country. U.N. Secretary General António Guterres was in Libya when Haftar’s advance was announced, and he expressed concern at the military action, saying that he was leaving the country “with a deep concern and a heavy heart.”

The LNA said that it was attempting to restore security and fight gangs and terrorists, but Prime Minister Fayez al-Serraj of the Government of National Accord described the attack as a coup.

U.S. Secretary of State Mike Pompeo released a statement on April 7 condemning Haftar’s advance; however, in an apparent policy reversal, President Donald Trump spoke with Haftar on the phone April 15 and praised him for his “significant role in fighting terrorism and securing Libya’s oil resources,” according to a White House statement. According to the statement, the two also “discussed a shared vision for Libya’s transition to a stable, democratic political system.”

At a Committee on Foreign Affairs hearing yesterday, Rep. Ted Lieu, D-Calif., asked a panel of independent experts whether they could characterize the State Department’s position on who the U.S. is supporting in Libya. They answered with silence.

Millions of people have fled violence and poverty in the Middle East and Africa in the last decade, and for many, Libya has represented a significant waypoint on the journey to Europe. As European countries have tightened their borders in response to the influx of migrants, EU institutions and member states have also poured millions of euros, according to Human Rights Watch, into the Tripoli-based government’s effort to intercept boats leaving the country and detain people who are fleeing. Human Rights Watch describes conditions in these detention centers as “nightmarish,” and says people there “face inhuman and degrading conditions and the risk of torture, sexual violence, extortion, and forced labor.”

Libya’s internal conflict has made the situation worse. Last month, for example, the Guardian published video footage of an incident in which militias believed to be part of Haftar’s forces opened fire at the Qasr Ben Ghashir detention center south of Tripoli. The Guardian reported that at least two people were killed.

Amnesty International said in yesterday’s statement that the attempt to take over Tripoli has also resulted in “unlawful attacks that could amount to war crimes,” and called for international prosecutors to investigate. Since the beginning of Haftar’s offensive, more than 454 people in the country have been killed, and 2,154 have been injured, according to the World Health Organization.

According to Amnesty, an eyewitness said civilians were killed last month in attacks in residential areas of the Abu Salim district of Tripoli. Amnesty could not determine the perpetrator of these attacks, but stated that Abu Salim residents believed that LNA forces were responsible. “As the battle for Tripoli unfolds, the warring parties have displayed a shameful disregard for civilian safety and international humanitarian law by carrying out indiscriminate attacks on residential neighborhoods,” said Magdalena Mughrabi, deputy Middle East and North Africa director at Amnesty International, in the statement.

Although the Obama administration led the intervention against Gaddafi, Amnesty USA’s Nassif told The Intercept that the U.S. has largely been disengaged from the conflict since 2012. (The hundreds of U.S. drone strikes in Libya in recent years have been aimed at Islamic State militants and in some cases Al Qaeda.)

“There is a real demand among the Libyans for the United States to reinsert itself here … and push these sides to stop the fighting, at the very least.” He added, “The United States government has a unique ability to be able to do that right now, and we’re hoping Congress will lead the effort.”