Sea rescues are being criminalized by the Greek government, which charged a group including Spanish firefighters with facilitating human trafficking.

Only one woman was found alive July 17 in the wreckage of a migrant boat in the Mediterranean, approximately 80 nautical miles from the Libyan coast. Proactiva Open Arms, a Spanish sea rescue organization, pulled Josepha, a 40-year-old woman from Cameroon, from the sea. Nearby, two dead bodies were strewn amid the wreckage — that of a woman and a child who were estimated to have died several hours earlier.

The Libyan Coast Guard said they intercepted a boat with some 160 people and provided humanitarian and medical assistance. “What they did not say,” wrote Oscar Camps, founder of Proactive Open Arms, on Twitter, “was that they left two women and one child on board and sank the ship because they did not want to go on the Libyan patrol boats.”

The Proactiva Open Arms ship with Josepha and the two bodies onboard had to head to Spain, as Italy would not accept the bodies and Proactiva feared for the woman’s safety in Italy, as well as her freedom to testify. Members of the Spanish NGO Proactiva Open Arms rescue Josepha in the Mediterranean open sea on July 17, 2018, about 85 miles off the Libyan coast.

The number of refugees and migrants arriving by sea to Europe dropped in 2018, but this year has seen the highest mortality rate at sea in the past three years. Many aid workers attribute the increase to efforts by various authorities to prevent rescues at sea.

Many aid workers attribute the increase in deaths at sea to efforts by various authorities to prevent rescues.

Government pressure on sea rescue organizations working in the Mediterranean has increased steadily, with authorities blocking and criminalizing their work. A year ago, a dozen sea rescue vessels were operating in the central Mediterranean; today, Proactiva Open Arms is the only one, meaning a de facto shutdown of sea rescues in that area.

“This has started in the beginning of 2017 and it has been increasing, increasing, increasing,” said Giorgia Linardi, head of advocacy and Italy’s representative for Sea-Watch, a German nonprofit sea rescue group, “with a media campaign, with empowering the Libyan Coast Guard and with the new government [in Italy] now blocking boats and NGOs.” Italy’s new government, a coalition of right-wing, anti-immigrant groups, have accelerated port closings to ships with rescued migrants on board and deportations of migrants who have arrived in Italy, pressuring other European countries to accept Libya as a “safe harbor” — a country to which refugees and asylum-seekers can be safely returned.

Italy and other European countries have also pursued a strategy of attempting to contain migrants in Libya by funding the Libyan Coast Guard and providing them with logistics support and intelligence. The strategy has come under intense criticism by human rights organizations, including sea rescue groups, who say that Libya does not have the necessary abilities to deal with difficult seaborne rescue missions and that Libya is not considered a “safe harbor” due to the human rights abuses that many migrants and refugees say they have faced upon their return to Libya, including prolonged detention, torture, rape, and slavery. Advocates for migrants have also raised questions about the legal implications for Europeans of blocking entry for those with a right to seek asylum.

Representatives from various sea rescue groups have reported instances of the Libyan Coast Guard firing at rescue vessels and undertaking dangerous maneuvers in an attempt to intercept migrants. In some cases, the representatives have said, the Libyan assaults resulted in migrants jumping into the sea and going missing. A member of the Spanish NGO Proactiva Open Arms looks out as they sail along the Mediterranean Sea, on July 17, 2018, some 55 miles from the Spanish coast.

Criminalizing rescue groups — including impounding boats, denying entry to port, and opening criminal cases against the crew — has had a chilling effect, according to Philipp Kulker, spokesperson for the Iuventa, a rescue ship operated by the German nonprofit Jugend Rettet.

In August 2017, the Iuventa was seized by Italian authorities and impounded in Sicily. Jugend Rettet has stated that the accusations of “assistance to illegal migration” were false. Forensic Architecture, a London-based research organization, conducted a counter-investigation and found that “Italian police have withheld and distorted evidence in order to paint a picture of collusion.”

Since 2015, over 1 million refugees and migrants have crossed the area of the Aegean Sea between Turkey and Greece, where authorities ramped up the criminalization of sea rescues.

In January 2016, Greek authorities on the island of Lesbos arrested five sea rescue volunteers: three firefighters from Spain with the NGO Proem-AID, and two Danish citizens, one a former refugee and volunteer with the organization Team Humanity. They were accused of attempting to illegally facilitate human trafficking between Turkey and Greece and possessing weapons.

Manuel Blanco, the leader of the Spanish team, had been working on the island for over a month, registered with local authorities, and was in constant contact with the Hellenic Coast Guard during the course of rescue operations.

In May 2018, all five rescue workers returned to Lesbos to face trial. If found guilty, they would face the possibility of a 10-year prison sentence.

In the early morning of January 14, 2016, Team Humanity put out a call for Manuel and his team to join them in searching for a boat with refugees and migrants in distress. Manuel stated that the rescue boat stayed within Greek waters but did not find the migrant boat. Shortly upon their return to shore, they were arrested and spent three days in jail, before being released on bail.

In May 2018, all five rescue workers returned to Lesbos to face trial. If found guilty, they would face the possibility of a 10-year prison sentence.

“We are firefighters, civil servants, like the police,” Manuel said standing outside the courthouse with a Spanish regional parliamentary contingent that had accompanied the firefighters. “How can they arrest civil servants, whose job is to save lives, coming to help another country?”

After a full day’s deliberations, with the European media gathered outside, the verdict was announced: not guilty.

Manuel appeared on the courthouse steps with the four other volunteers, relieved and triumphant. As he held his younger daughter in his arms, he said the law of the sea is the law that he follows — if a boat is in distress, you must help.

Manuel had planned to return to the central Mediterranean to continue sea rescue this summer with Proem-AID, but with the current political climate, it is increasingly difficult to provide help to migrants and refugees at risk of drowning at sea.

Attempts to criminalize humanitarian sea rescue did not end with the May acquittal of the Spanish firefighters and Danish volunteers. In August 2018, volunteers with the Emergency Response Center International were arrested in Lesbos and Athens. One of those arrested, Sara Mardini, is an elite swimmer from Syria, who with her sister, Yusra, an Olympic swimmer, swam their sinking dinghy to safety when they crossed to Greece in 2015. Nassos Karakitsos, Emergency Response Center International’s field director and a former Greek naval officer, and a third volunteer, Sean Binder, were arrested shortly thereafter and charged with human trafficking. Thus opened yet another chapter in the criminalization of volunteer efforts to help refugees. 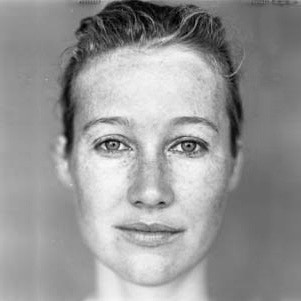 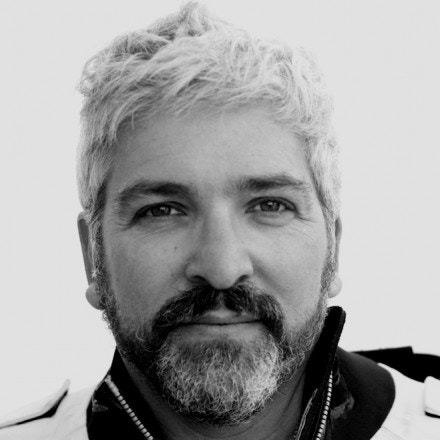