“Things like Movement School, where we wanna get more progressive leaders trained at the local level, the state level, matter a lot because the current infrastructure isn’t serving our policies.” 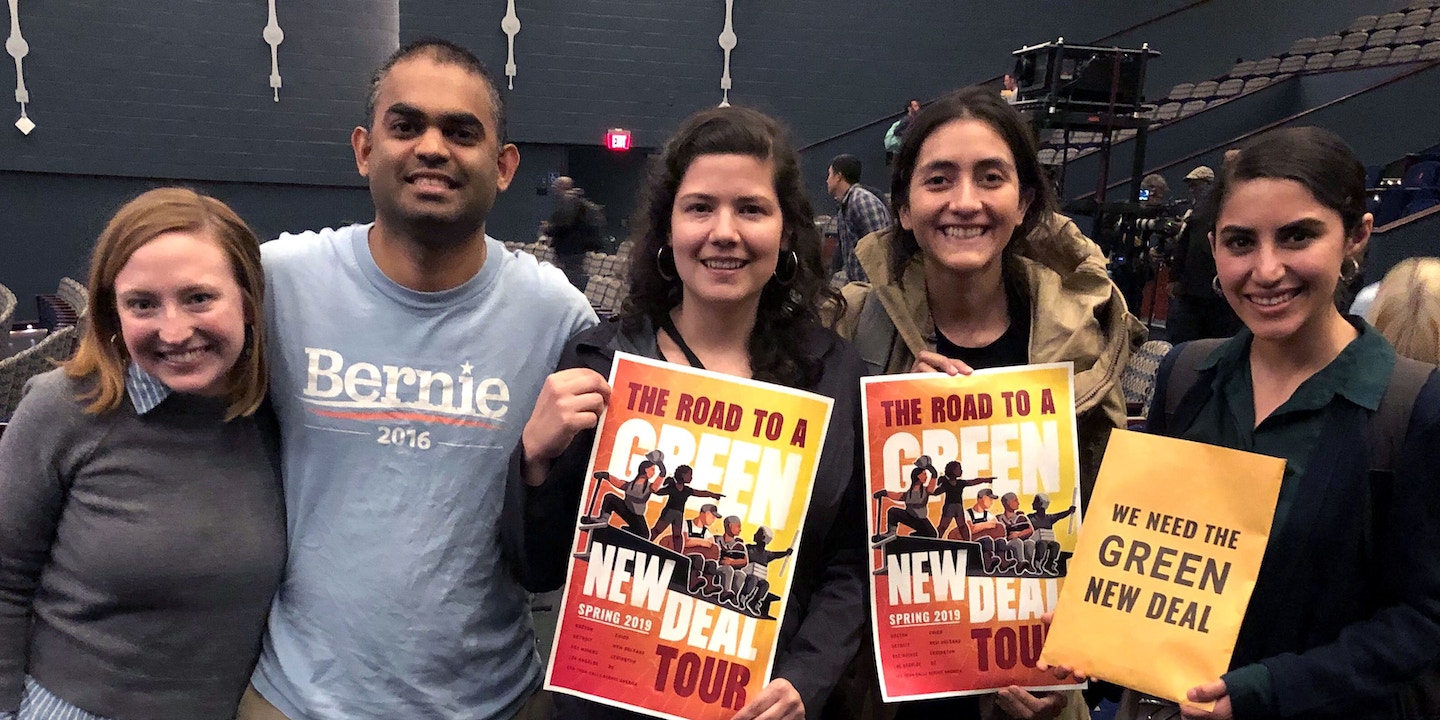 Lead organizers from Alexandria Ocasio-Cortez’s 2018 campaign are taking on the consultant class with a new initiative to train the next generation of progressive organizers and staffers. Movement School, a 10-week professional development program launched by Organize for Justice, the sister organization of Justice Democrats, is teaching fellows how to work as campaign managers, communications directors, and field directors.

The Campaign Fellows program is meant to create a pathway for young activists from working-class backgrounds to enter official campaign roles and to preserve the lessons grassroots campaigns have learned throughout the years by passing them down to future staffers — all while setting up an alternative political infrastructure that operates outside of the Democratic Party.

Ironically, the progressive movement’s work to build its own political infrastructure may have been inadvertently accelerated by a policy designed to suppress the party’s insurgent wing. In March, the Democratic Congressional Campaign Committee announced a new policy to blacklist any firms working for primary challengers, effectively protecting the party’s white, male incumbents in safe blue seats.

As a result of the DCCC blacklist, several consultants dropped the primary campaign of Marie Newman, the pro-abortion rights progressive who has launched a second challenge to Illinois Rep. Dan Lipinski, one of the few anti-abortion Democrats in the House. Despite the blacklist, organizations like EMILY’s List, NARAL Pro-Choice America, and the Progressive Change Campaign Committee, have still rallied behind Newman’s challenge. A Movement School participant even went on to work for Newman after the trainings.

“Too often local and state governments are dominated by big money politics, and the policy preferences of the majority, of working people, aren’t reflected.”

In addition to creating a pipeline for diverse talent, the program is meant to help first-time candidates connect with progressive staffers, Movement School co-founder Gabe Tobias said, circumventing consultants and pollsters who advise against talking about ambitious left-wing policies out of fear it turns off voters “without any evidence to back that up.”

The DCCC often discourages first-time candidates from running as progressives, Tobias said, so a critical aspect of the school is that “you’re learning about campaigns but not in a value-neutral space, like, ‘whatever wins votes is a good thing.’”

Aspiring candidates “get told, ‘If you wanna run in this race, then you can’t, you know, talk about Medicare for All, you can’t talk about Green New Deal; you have to keep it down, keep the volume down,’” he added. Their program, meanwhile, is meant to show that candidates who stick with their values can actually win elections. The message they’re sending is this: “We’ll surround you with the best staff possible, people who will help make that happen,” he said. “That’s an exciting piece of it, too, for the folks who are a little bit on unsteady legs in the early stage of their political careers.”

The program’s first cohort, which graduated in May, was made up of 40 fellows from 24 different states. According to Movement School, 82 percent of its first graduating class were people of color, 80 percent from working-class backgrounds, and 71 percent are women or nonbinary.

Because existing political infrastructure is stacked with establishment-friendly people, progressives don’t see their priorities reflected in policy, said Emmanuel Caicedo, associate director of campaigns at Demos, a left-wing think tank. “Things like Movement School, where we wanna get more progressive leaders trained at the local level, the state level, matter a lot because the current infrastructure isn’t serving our policies,” said Caicedo.

“Too often local and state governments are dominated by big money politics, and the policy preferences of the majority, of working people, aren’t reflected,” Caicedo added, “so what you get is a political system where leaders are doing the work of the 1 percent.”

Volunteers from Ocasio-Cortez’s campaign informally ran a version of the program in 2018, teaching best campaign practices to boost 13 campaigns in New York and across the country. The national program is operated almost entirely online, with sessions devoted to unionizing campaigns, digital security, and understanding the electorate.

One of the school’s participants, 27-year-old Marshele Bryant, said part of what’s so special about Movement School is that the initiative is “really trying to make way for young folks, some extremely progressive folks, who want to move the Democratic Party further.”

“It’s just really exciting to see so much energy being put in to kind of shaping and molding folks and giving them the tools that they need in order to enter into different campaigns at all different levels,” she added.

“A lot of us in the program weren’t really well-versed in the finance aspect of campaigns,” she said. “So we had a lot of sessions about what it takes to create a budget, what you should be spending money on, what you should account for, you know, different scenarios about if you get an influx of donations versus if your donations kind of dry up at a certain point.”