A federal judge gave government lawyers two days to make sense of the president’s baffling tweet on the effort to ask about citizenship on the 2020 census. 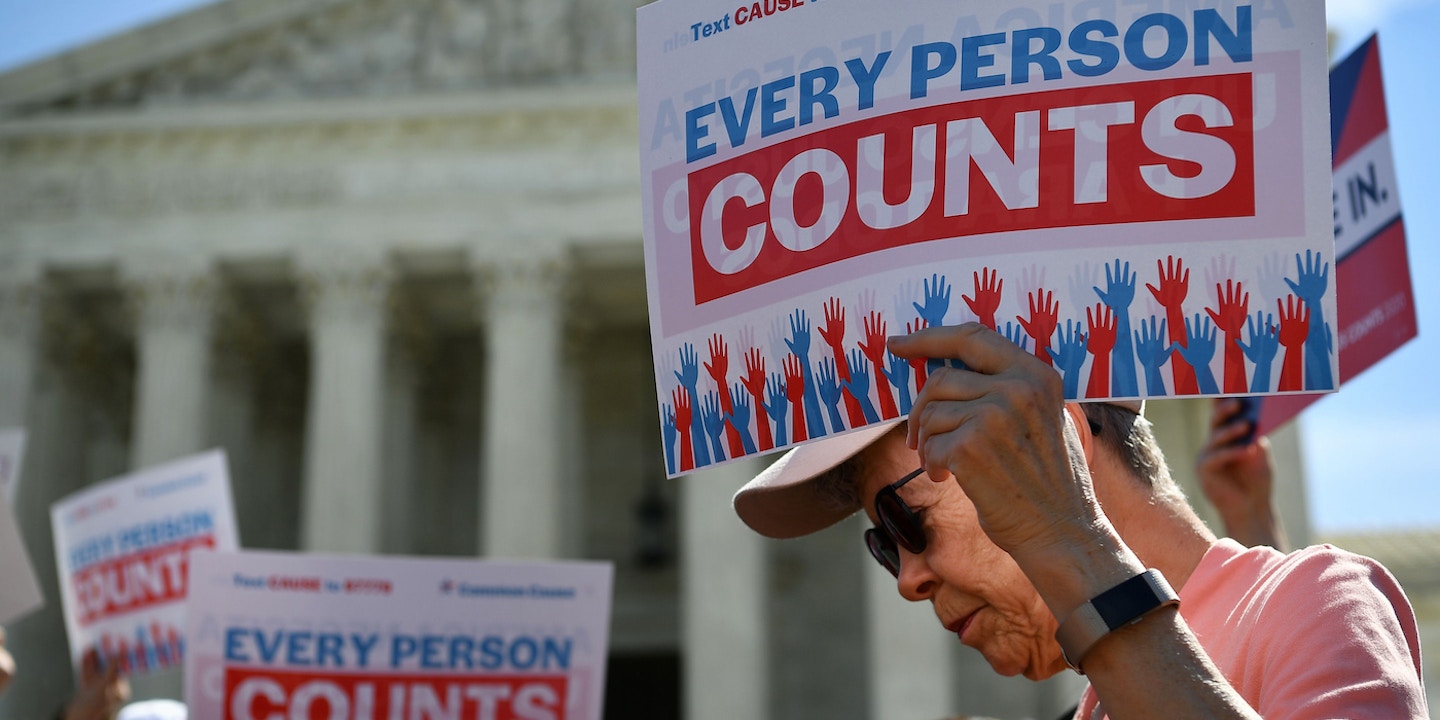 Just one day after the Trump administration admitted defeat in its legal fight to add a question about citizenship status to the 2020 United States census, a federal judge ordered Justice Department lawyers to explain why President Donald Trump tweeted on Wednesday that the government was “absolutely moving forward” with those plans.

The president’s defiant tweet, which set him on course to defy a Supreme Court ruling blocking the question, contradicted statements made the previous day by Justice Department lawyers and the commerce secretary, Wilbur Ross, who said that the Census Bureau had “started the process of printing the decennial questionnaires without the question.”

Voting rights advocates have argued that asking residents about their citizenship status would have a chilling effect and lower response rates in immigrant households, leaving their communities underrepresented in Congress.

In response to the president’s tweet, U.S. District Court Judge George Hazel convened a telephone conference of lawyers for the government and two immigrant-rights groups in Maryland that have sued to prevent the question from being added on equal protection grounds. That suit appeared to be over on Tuesday, when the Justice Department told the court that the census forms would be printed without the question.

Judge Hazel, who said that he follows the president on Twitter, expressed regret that he “hadn’t gone far enough in terms of pinning the government down on where things stand,” when the case appeared to be over on Tuesday.

“The tweet this morning was the first I had heard of the President’s position on this issue, just like the plaintiffs and Your Honor,” Josh Gardner, a lawyer for the Justice Department’s civil division, who has served under multiple administrations, told the judge, according to a transcript. “I do not have a deeper understanding of what that means at this juncture other than what the President has tweeted. But, obviously, as you can imagine, I am doing my absolute best to figure out what’s going on,” he added.

Assistant Attorney General Jody Hunt then told the court that Justice Department lawyers “have been instructed to examine whether there is a path forward, consistent with the Supreme Court’s decision, that would allow us to include the citizenship question on the census.”

To clear up the confusion, lawyers for the rights groups — Asian Americans Advancing Justice, or AAJC, and the Mexican American Legal Defense and Educational Fund, or MALDEF — asked the judge to issue a court order requiring the government to agree that “there will be no further effort to inquire about citizenship status as part of the 2020 census.” Seeing Trump’s tweets as a means of sowing fear among immigrant communities that the government might try to use the census to pursue undocumented immigrants, the lawyers also asked the judge to compel the administration to “publicly counter any such misinformation that comes from government officials.”

After noting that he might not have the power to “enjoin the President of the United States from tweeting things,” Judge Hazel ordered the Justice Department to explain by Friday at 2 p.m. Eastern Time whether or not the government would still try to add the question to the 2020 census forms.

“If you were Facebook and an attorney for Facebook told me one thing, and then I read a press release from Mark Zuckerberg telling me something else, I would be demanding that Mark Zuckerberg appear in court with you the next time because I would be saying I don’t think you speak for your client anymore,” the judge told Gardner.

Lawyers for the rights groups reminded the court that the Trump administration had insisted in legal filings that the process of printing the forms had to begin this week, a position apparently contradicted by the suggestion that the Justice Department was now asking for more time.

“The government told the Supreme Court that a final decision on the inclusion of the citizenship question was necessary before July 1,” said John Yang, president and executive director of Asian Americans Advancing Justice said in a statement emailed to reporters. “The Court ruled, and said that the question was inappropriately included. The U.S. Department of Justice has represented that the census forms are going to print without the citizenship question. The government seems to be seeking to shift the goal posts once again.”

Thomas Saenz, the president and general counsel of the Mexican American Legal Defense and Educational Fund said in a separate statement that “MALDEF is fully prepared to demonstrate in court that racism is the true motivation for adding the question.”

The Justice Department also signaled a possible reversal in a letter to a federal court in New York, where the American Civil Liberties Union filed suit to block the government from adding a citizenship question.

“The Supreme Court ruled that the Trump administration’s effort to add a census citizenship question was illegal because it was based on a ‘contrived’ rationale,” Dale Ho, the ACLU’s voting rights project director, said in a statement. “Despite that, and despite DOJ’s repeated statements that the census questionnaire cannot be changed after June 30, the administration is now examining whether it can concoct a ‘new rationale’ for its citizenship question. The answer is no, it cannot — at least not a legal one. Any attempt at an end run around the Supreme Court’s decision will be unsuccessful, and will be met swiftly in court.”