Citizens United created a huge loophole for foreign influence in American politics, and in the nine years since then, it’s been used over and over again. 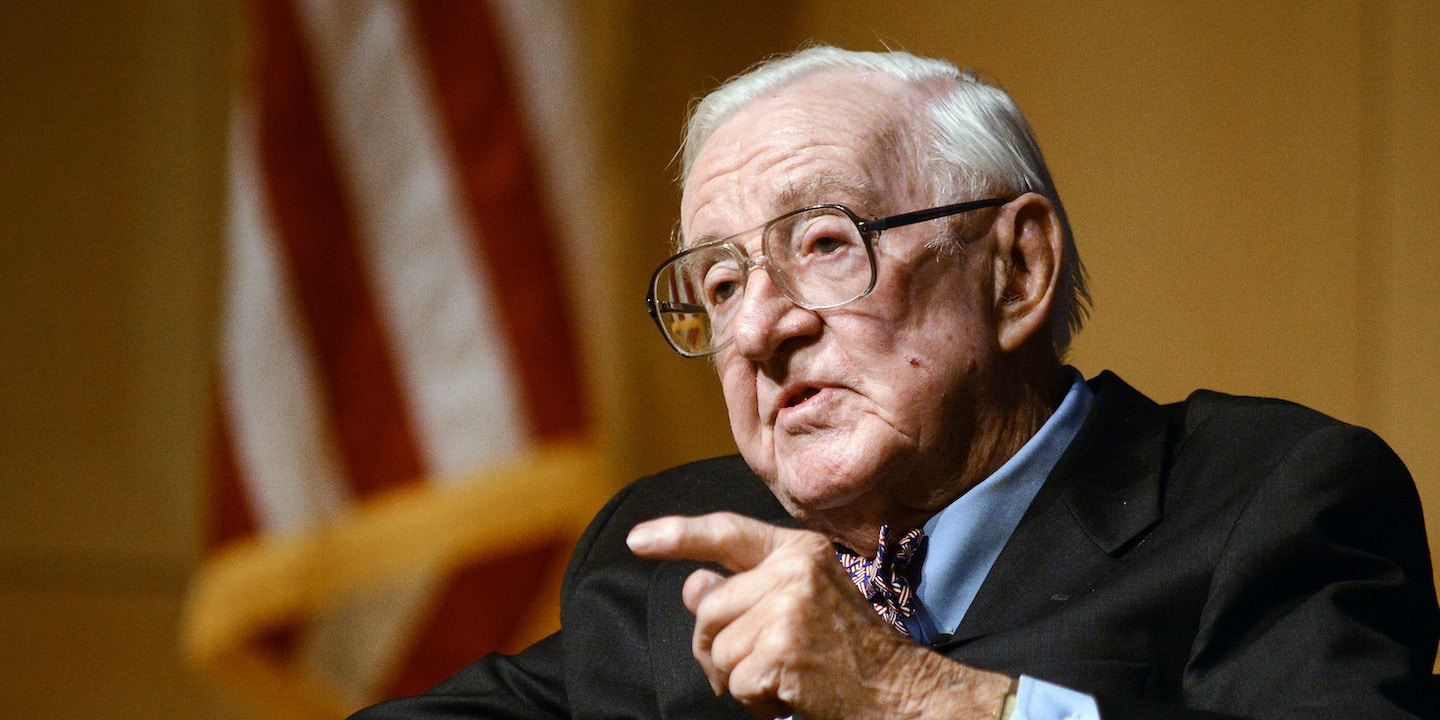 John Paul Stevens, who served on the Supreme Court for 35 years until his retirement in 2010, died this Tuesday. Just before Stevens stepped down from the bench, he authored one of the most significant opinions of his career: the main dissent in the infamous case Citizens United v. Federal Election Commission.

“Justice Stevens clearly saw what most people know, that corporations are not people and they should not have the same political rights,” says Ellen Weintraub, chair of the Federal Election Commission.

Nine years later, we know that one specific aspect of Stevens’s warning was completely right: Citizens United did indeed make it possible for foreign money to enter the U.S. electoral system via corporations.

“If taken seriously,” Stevens wrote in his opinion, “our colleagues’ assumption that the identity of a speaker has no relevance to the Government’s ability to regulate political speech would lead to some remarkable conclusions. … It would appear to afford the same protection to multinational corporations controlled by foreigners as to individual Americans.”

Yet during the 2012 election, the notorious Malaysian financier Jho Low appears to have funneled over $1 million via an American LLC to a super PAC that supported Barack Obama’s candidacy.

During the 2016 election, an investigation by The Intercept discovered, a California corporation wholly owned by Chinese citizens gave $1.3 million to a super PAC supporting Jeb Bush’s presidential candidacy.

In 2017, a $100,000 donation to the Trump Victory committee — a joint fundraising committee for the 2020 Donald Trump campaign, the Republican National Committee, and several state GOP parties — may also have originated with Jho Low, with an intermediate stop at an American corporation.

And in 2018, an Illinois corporation largely controlled by a Canadian billionaire gave $1.75 million to a super PAC that supports Trump’s agenda.

How can this be? It’s all thanks to Citizens United.

Citizens United did not change the prohibition on foreign nationals putting money into American elections. But the decision created a huge loophole — because as long as a company is incorporated in the United States, it is legally a U.S. national, even if it is wholly owned by foreigners.

The impact of Citizens United in this area is twofold.

First, if foreign-owned U.S. corporations act carefully, they may contribute as much money as they want to American super PACs, and it will all be totally legal. There are still some weak prohibitions on such donations: The decision-making process must only involve U.S. citizens, and the money must originate in the company’s U.S. operations. Charlie Spies, treasurer of the 2016 Jeb Bush super PAC and one of America’s most powerful campaign finance lawyers, wrote a memo for contributors laying out the necessary steps for a foreign-owned corporation to stay on the right side of the law.

Second, Citizens United made the law against foreign contributions far more difficult to enforce. Pre-Citizens United, when money was coming solely from individuals, it was riskier for foreigners to donate, since their names would be attached and a matter of public record. Post-Citizens United, the corporate form can easily obscure the ultimate source of campaign cash.

Moreover, even if a corporation can be determined to be owned by foreigners, it’s nearly impossible from the outside to determine whether they were involved in the decision to donate. In the case of the Chinese donors to Jeb Bush’s super PAC, they ultimately faced record fines by the FEC only because one accidentally blurted out the truth in an interview with The Intercept.

In other words, companies with foreign ownership have been caught violating the law, but only because they got sloppy. There are almost certainly more competent actors successfully influencing U.S. politics without anyone noticing. “At the FEC, we’ve seen dramatic examples of how dark-money groups can serve as vehicles for foreign money,” says Weintraub, but “it’s been impossible to fathom its full extent.”