The case against Hamid Hayat was “absurd on its face” and representative of the government’s abusive post-9/11 counterterrorism prosecutions. 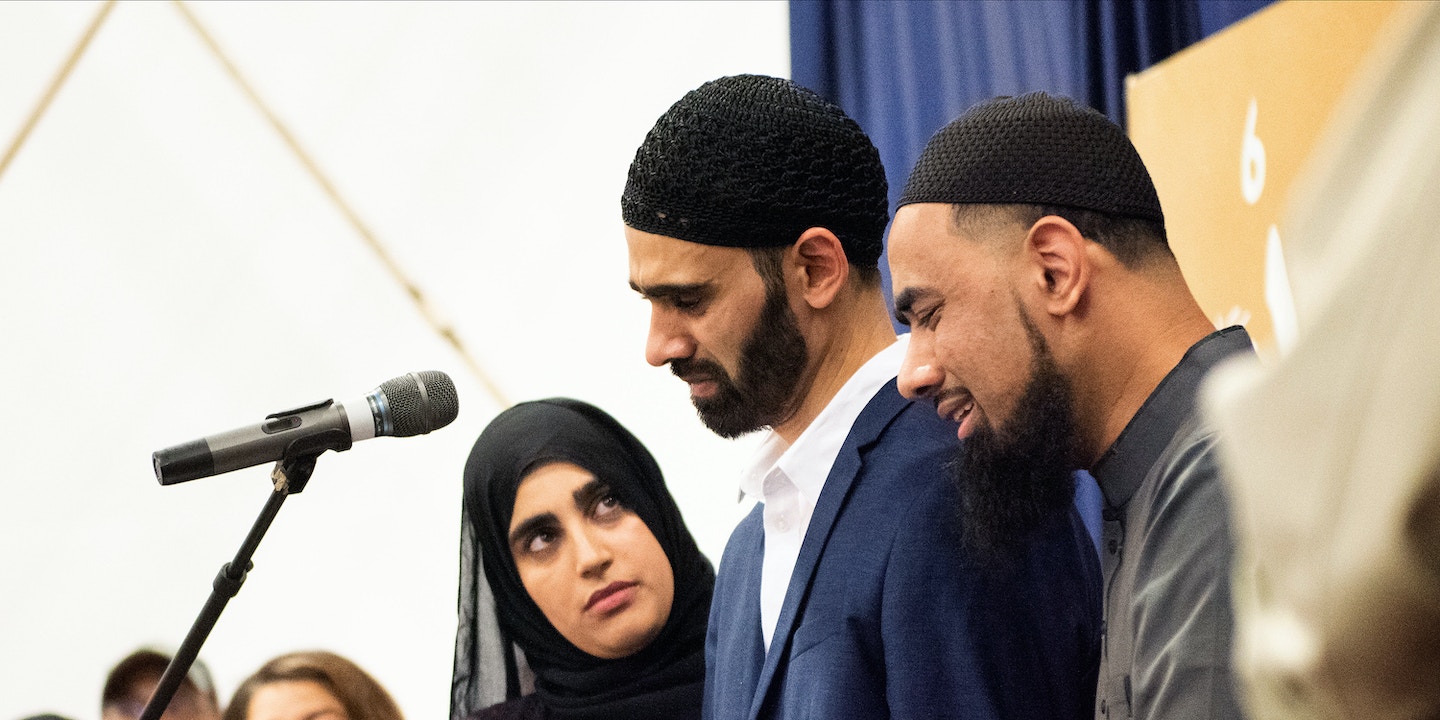 After spending 14 years in prison on charges that he attended a terrorist training camp in Pakistan, Hamid Hayat was freed on August 9 following a California judge’s decision to overturn the conviction.

From the start, Hayat’s case had been controversial.

The government’s star witness, Naseem Khan, was a fast-food worker earning $7 per hour before the FBI enlisted him as an informant and paid him nearly $230,000 over three years. Khan came to the FBI’s attention about a month after the September 11 terrorist attacks by claiming to have information about a visit to the United States by Ayman al-Zawahiri, Osama bin Laden’s deputy in Al Qaeda. Although agents determined that Khan’s information about al-Zawahiri was bogus, the FBI, in a post-9/11 rush to build a network of thousands of informants in U.S. Muslim communities, recruited him into the ranks anyway. By the time Hayat went to trial in 2006, federal prosecutors downplayed Khan’s credibility questions, calling his al-Zawahiri report a case of “mistaken identity.”

The informant’s claims that Hayat was involved in terrorism weren’t enough on their own to convict the man. The government also relied on the fact that, during an interrogation, Hayat told FBI agents that he had attended a training camp — though he gave agents conflicting information and several different locations for the camp, with one in Afghanistan and others in Pakistan. The admissions came after agents kept him awake until 3 a.m. and as he complained that his head hurt and that he wanted to go home and sleep.

The overturning of his conviction likely wouldn’t have happened without a sustained reporting effort that spanned a decade and a half.

“But I need you to tell me details about targets, what they said, you know. And this is where I need your memory to come back,” the interrogating agent told Hayat.

“What kind of stores?” the agent asked.

At the same time, agents questioned Hayat’s father Umer, who worked as an ice cream truck driver in Lodi, the agricultural town in Northern California where Hayat also lived. They told him that his son had confessed to attending a training camp, but they minimized the seriousness of the action. One agent suggested to Umer that had he visited his son at the training camp, it would be similar to a parent checking out their child’s college campus.

Umer then gave the FBI agents what they wanted, describing a training camp in fanciful detail — with 1,000 fighters wearing masks “like ninja turtles” and using swords to attack dummies made to look like President George W. Bush, Secretary of Defense Donald Rumsfeld, and Secretary of State Colin Powell. Umer later recanted his confession, saying he based his descriptions on scenes from the movie “Teenage Mutant Ninja Turtles,” which he’d recently watched, only after agents refused to believe he’d never visited the camp.

Despite the problematic confessions and the FBI informant’s credibility problems, Hamid Hayat was convicted at trial of material support to terrorism and lying to the FBI and sentenced to 24 years in prison. The overturning of his conviction likely wouldn’t have happened without a sustained reporting effort that spanned a decade and a half and involved multiple news organizations. 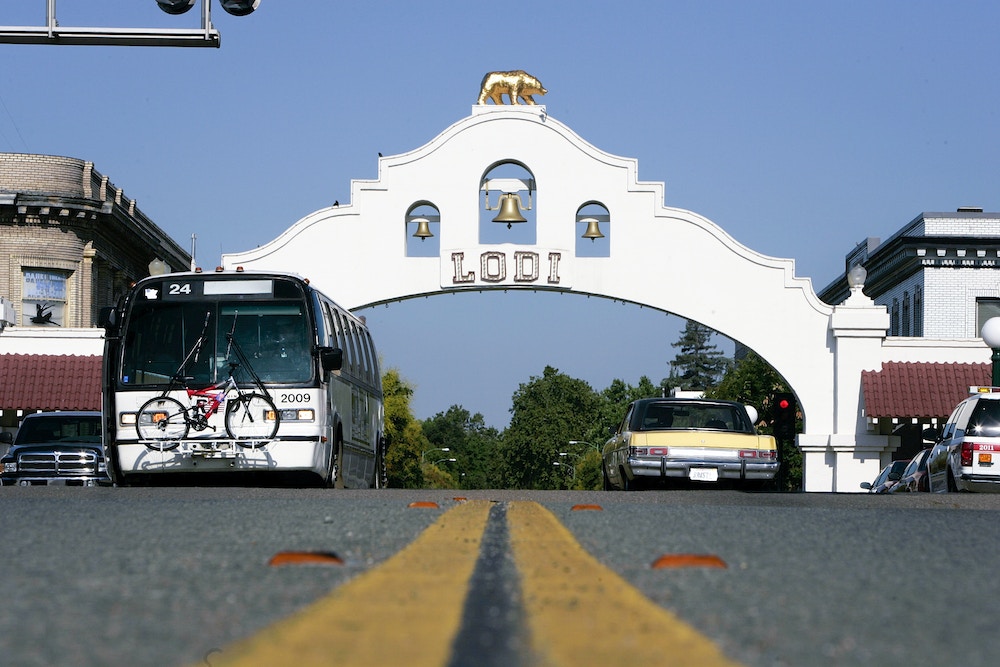 Controversy enveloped the town of Lodi, Calif., in June 2005 after 5 people were arrested by the FBI in connection with alleged terrorist activities.

Among the early skeptics of the case was Lowell Bergman, whose reporting for “60 Minutes” on the tobacco industry was dramatized in the movie “The Insider.” A journalism professor at the University of California, Berkeley, and director of the Investigative Reporting Program, or IRP, which he founded, Bergman was working with PBS Frontline and the New York Times when the government prosecuted Hayat. His 2006 film with Frontline, the Times, and the IRP, “The Enemy Within,” detailed the Hayat case and documented problems with the FBI’s counterterrorism program.

For years, Bergman pushed for and supported efforts to continue reporting on the issue. I worked for him at the IRP from 2010 to 2011. During that time, I was investigating the FBI’s counterterrorism program, and Hayat was one of more than 500 defendants whose cases I analyzed for trends. Bergman regularly brought up the Hayat case, lobbying me to spend more time looking into it.

“Lodi, Trevor, Lodi,” I remember him saying with a wry smile as he passed my desk once.

In 2013, Bergman captured the interest of Syeda Amna Hassan, a Berkeley graduate student in journalism from Pakistan. Hassan researched the case for a master’s thesis and eventually tracked down people in Pakistan who were with Hayat when he had purportedly attended the training camp. They described how Hayat had spent his entire time in Pakistan playing soccer and video games, supporting the claim that Hayat’s confession had been coerced by FBI agents. Although Hassan’s thesis was never published as a news story, she assisted Hayat’s lawyers in collecting evidence from alibi witnesses in Pakistan.

Journalist Abbie VanSickle then joined Bergman’s IRP, and she used Hassan’s research as a starting point to investigate Hayat’s case further. Her reporting — which was published in The Intercept in November 2016 as the two-part series “Deceit and Terror” — told the full story of Hayat’s prosecution and its problems. Among VanSickle’s findings was that, despite federal prosecutors showing the jury satellite images of the supposed training camp Hayat went to, an internal memo revealed that the government’s intelligence experts disagreed about what camp he attended. (VanSickle continued to cover the Hayat case for The Marshall Project, where she is now a staff writer.)

Hayat is the first international terrorism defendant in the post-9/11 era to have his conviction fully overturned.

Hayat’s path to freedom this month went on a separate track through the courts as Bergman, Hassan, and VanSickle investigated. In March 2013, an appeals court ruled 2-1 to uphold Hayat’s conviction, with Judge A. Wallace Tashima offering a full-throated dissent that described the conviction as “a stark demonstration of the unsettling and untoward consequences of the government’s use of anticipatory prosecution as a weapon in the ‘war on terrorism.’”

Lawyers for Hayat then brought a claim of ineffective assistance of counsel during the trial. U.S. Magistrate Judge Deborah Barnes held an evidentiary hearing in January 2018, in which Hayat’s alibi witnesses in Pakistan were finally given an opportunity to testify. This January, in a written recommendation that exceeded 40,000 words, Barnes advocated for Hayat’s conviction to be overturned. Seven months later, in late July, U.S. District Judge Garland E. Burrell Jr., who presided over Hayat’s trial, agreed.

I asked VanSickle what she thought of our former boss, Bergman, being proven right after nearly 15 years of obsession with the Hayat case. She laughed. “It may take 10 years or more, but Lowell is often proven right,” she told me.

Hayat’s case is now an exception. Since 9/11, the Justice Department has charged nearly 900 defendants with international terrorism-related charges. The government has a near-perfect record of conviction. Just three have been acquitted, and four have had their charges dropped or dismissed. Hayat is the first international terrorism defendant in the post-9/11 era to have his terrorism conviction fully overturned. (Mohammed Ali Hassan Al-Moayad, convicted of providing material support to Hamas and Al Qaeda, had his conviction overturned on appeal in 2008 — but then he pleaded guilty to a terrorism charge involving fundraising for Hamas.)

But Hayat’s case may not be over yet. The Justice Department has the option to refile charges against him, and the U.S. Attorney’s Office in Sacramento is now reviewing the case.

Bergman told me he was glad to see the courts share some of the concerns he’d long had about Hayat’s prosecution. “This particular case was so absurd on its face and had so many reversible errors that it was insane that the guy got convicted,” he said. But Bergman thinks the court should have gone further by specifically rebuking the government for its abusive counterterrorism practices. “Nobody in the judiciary has challenged the government’s behavior in these terrorism cases,” he added.

For his part, Hayat is reacquainting himself with having his freedom and waiting to see if the Justice Department will again attempt to take it away.

At a press conference in Sacramento on August 11, Hayat, now 36 years old, wept. “I still think this is a dream. I wake up, and I still think I’m in prison,” he told the audience, adding later: “I’ll never be able to pay back none of my brothers and sisters, none of my supporters. I’m your guys’ servant until the day of judgment.”