The decision will not alter the entrenched police ideology that allows for deaths like Garner’s — showing why reform will be slow and tough. 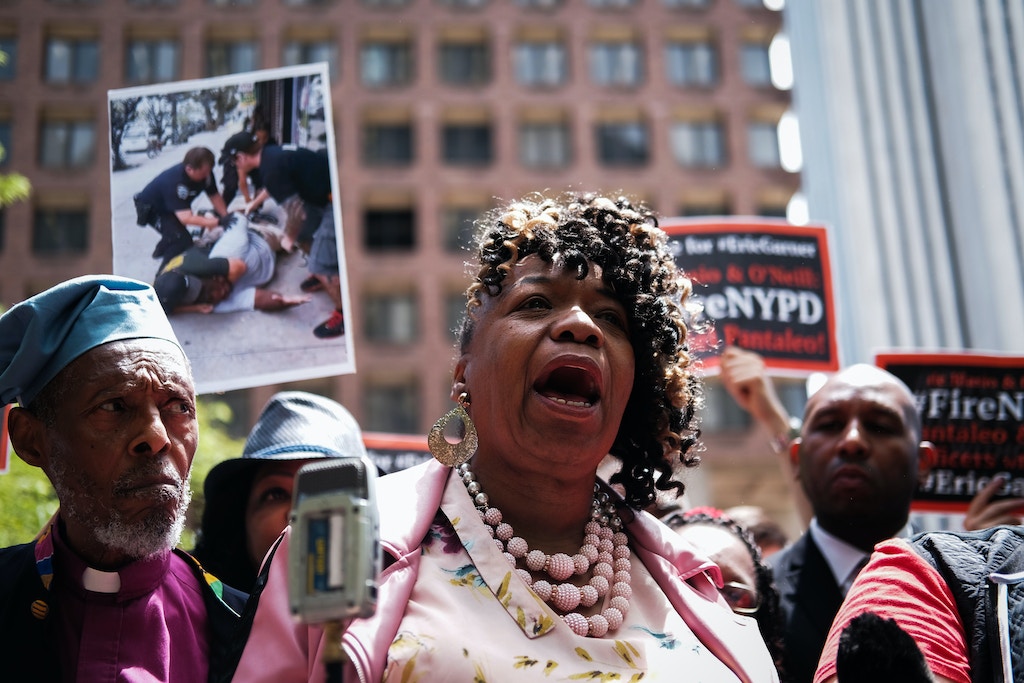 Eric Garner’s mother Gwen Carr joins others during a news conference outside of New York Police Department Headquarters in Manhattan to protest during the disciplinary hearing for Officer Daniel Pantaleo in New York City on May 21, 2019.

For five years, the public — along with the New York Police Department itself — has known that Officer Daniel Pantaleo killed Eric Garner on a Staten Island street corner using a prohibited chokehold maneuver. We have known, for all those years, that Garner called out, “I can’t breathe,” 11 times before he could take no more breaths. A deputy police commissioner, acting as a judge in Pantaleo’s department trial this year, wrote in her opinion that the officer had been “untruthful” and that fellow cops who testified in his defense were “unhelpful and unreliable.”

Pantaleo’s long overdue firing is scant justice for a life so callously and brutally ended.

Pantaleo deserved at the very least to be fired and lose his pension. This simple fact has long been established but was only officially recognized by the police department on Monday. In a press conference, Police Commissioner James O’Neill announced, “In this case, the unintended consequence of Mr. Garner’s death must have a consequence of its own. Therefore, I agree with the Deputy Commissioner of Trial’s legal findings and recommendations. It is clear that Daniel Pantaleo can no longer effectively serve as a New York City Police Officer.”

Pantaleo’s long overdue firing is scant justice for a life so callously and brutally ended. Furthermore, as O’Neill’s specific comments make clear, Monday’s decision will not alter the entrenched police ideology that allows for deaths like Garner’s to proliferate. As a study published this month in the journal Proceedings of the National Academy of Sciences found, black men and boys stand a shocking one in 1,000 chance of dying at the hands of police, making death-by-cop more than twice as likely for them than for white men. 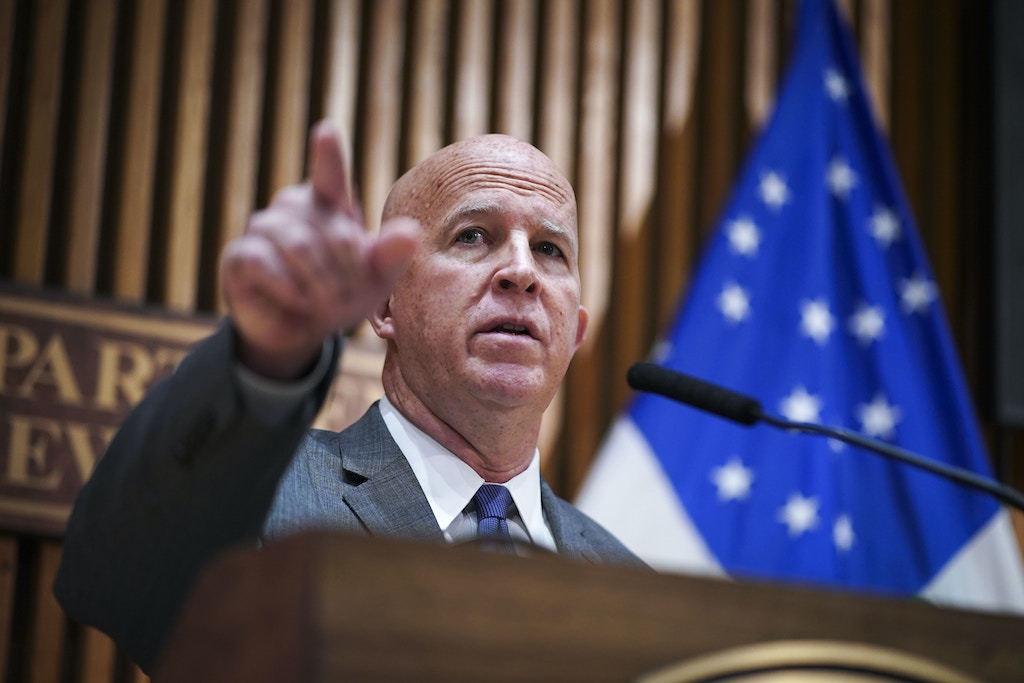 “Today is a day of reckoning, but can also be a day of reconciliation,” O’Neill said. The rest of his remarks made clear that it will be no such thing. “If I was a cop, I would probably be mad at me,” said O’Neill about the decision to fire Pantaleo. The comment was as grim as it was revealing of the police assumption of impunity in even the gravest cases.

In this case, it was a police officer who deployed a banned, fatal chokehold on an unarmed civilian and was then deemed “disingenuous” by a judge. On cue, the reliably blustering Police Benevolent Association, the largest police union in the city, released a furious statement, accusing the commissioner of siding with “anti-police extremists.” The union has already stated that it will argue for Pantaleo to be able to appeal his termination, as is permitted under New York civil service law. That the officer’s firing would still raise police ire evidences an institution rotten to the core.

That the officer’s firing would still raise police ire evidences an institution rotten to the core.

Anti-racist and anti-police brutality activists have meanwhile stressed how Pantaleo’s dismissal is not only insufficient but a potential boon for a police department seeking absolution through bad-apple narratives. “While Eric Garner’s killer has finally been punished for his actions, albeit not in a court of law, the officers who assisted Pantaleo in aiding his attempted cover up have largely evaded justice,” said Carmen Perez, co-founder of the Women’s March and organizer for the #ICantBreathe campaign, in a statement. “Today is a sad day, because the firing of a dishonest officer provides cover to the NYPD to continue resisting our continued calls for more accountability and transparency.”

Indeed, the commissioner’s speech was littered with false equivalences worthy of Donald Trump comparing far-right violence and far-left protest. O’Neill called Garner’s death an “irreversible tragedy” but then added that “a hard-working police officer with a family and a man that took this job to do good, to make a difference in his home community has now lost his chosen career. And that is a different kind of tragedy.”

O’Neill went so far as to direct blame at the deceased Garner. “He should have decided against resisting arrest,” O’Neill said, adding, “It is unlikely that Mr. Garner thought he was in such poor health that a brief struggle with the police would lead to his death.” Such a diminishment of the NYPD’s violence and racist targeting, which are the only causes of Garner’s death, betrays how little justice is being delivered with Pantaleo’s minor punishment.

The police commissioner’s comments and the police union’s fervid response together send a message from behind the thin blue line that those hoping to see serious change in New York policing and beyond should take to heart. The commissioner showed undue, albeit unsurprising, sympathy for the killer cop, and the police union nonetheless accused O’Neill of politicized, anti-police bias. In 2014, hundreds of NYPD officers, led by the PBA, showed similar belligerence when they turned their back on New York Mayor Bill de Blasio during a murdered cop’s funeral. In the wake of major protests following Garner’s death and the decision not to indict Pantaleo, the mayor had called for minor policing reforms. In response, the union claimed that its officers were under attack by city politicians.

To call the firing of an officer like Pantaleo an act of “anti-police extremism” shows once again that the suggestion of even minor policing reform when it comes to deadly racist practices will be met with screeching resistance. If police impunity accorded by the legal system is a problem, then the fraternal culture of reactionary defensiveness is a corollary obstacle to anything like justice. And lest we forget, the cops who stood by while Pantaleo choked the life from Eric Garner and the officers who tried to cover for the killer in court continue to patrol our streets.