Court documents released after a request by The Intercept shed light on a former Trump associate and longtime government informant’s past. 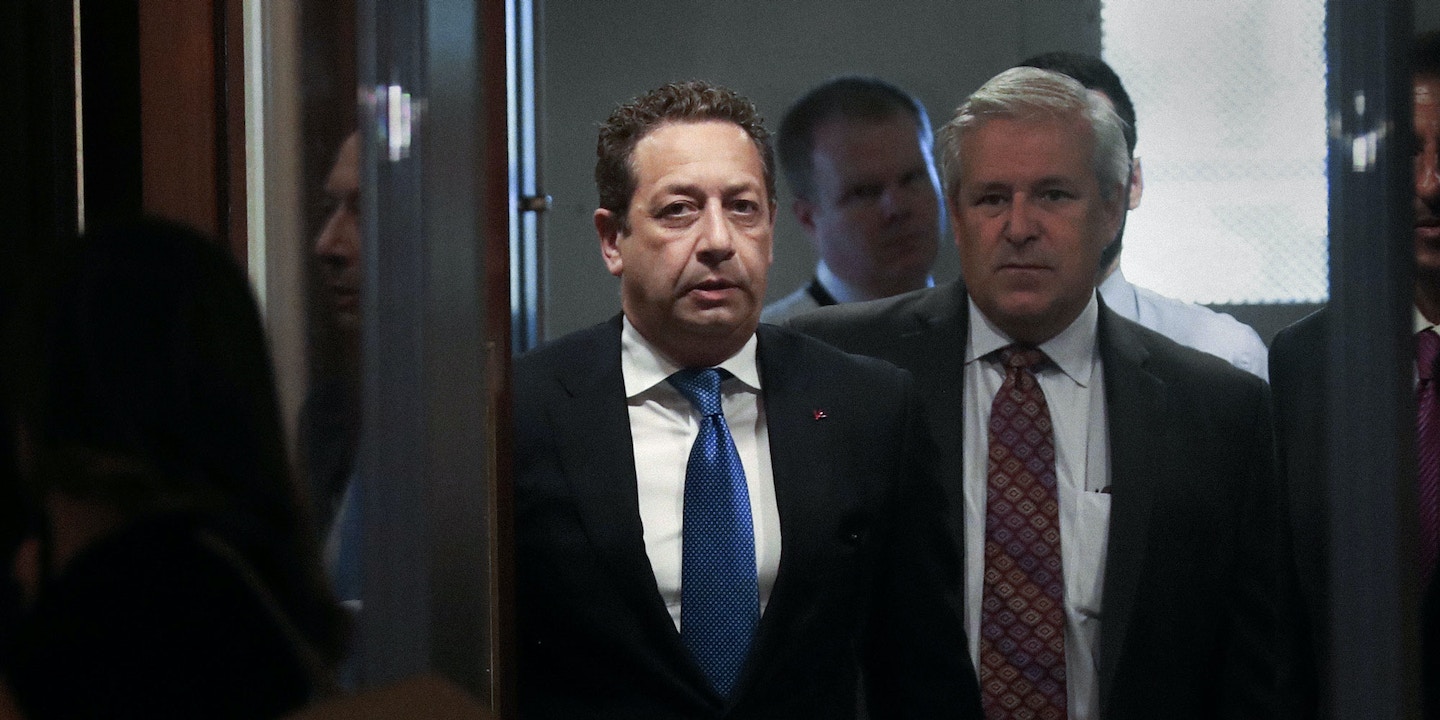 Felix Sater was among the most closely held secrets for federal prosecutors and investigators in New York for nearly a decade. Two documents unsealed Friday following a request by The Intercept reveal in greater detail the government’s account of his history as an informant and intelligence asset. However, redactions in the release point to ongoing interests in the government maintaining secrecy around a man who has found himself at the center of investigations into the involvement of the Trump Organization and campaign with Russian business elites and the Kremlin.

Sater, a former associate of President Donald Trump and longtime confidential source for the Justice Department, describes himself as a Zelig-like figure who had historical ties to both the president and to members of Robert Mueller’s Special Counsel team. His name appeared more than 100 times in the Mueller report, mostly surrounding his involvement in the failed project to bring a Trump Tower to Moscow. Last month, Sater appeared in a closed session of the House Intelligence Committee, after which he accused Glenn Simpson, the founder of Fusion GPS (the firm that did opposition research on Trump in 2016), of perjury for linking Sater to the matters investigated around the president.

The filings released Friday by a federal court in Brooklyn detail the representations the government made on behalf of Sater before his 2009 sentencing for racketeering and stock fraud charges that dated back to 1998. In the government’s submission to the judge, called a 5K1 letter, federal prosecutors argued for a reduced sentence, describing Sater as an “exemplary cooperator” who provided information to the CIA even before he returned to the U.S. to face criminal charges in the Eastern District of New York.

In an interview with The Intercept, Sater described his first meeting with the FBI in 1998 as tense — agents raised the threat that his children could end up in foster care. But, as the newly released filings explain, he soon forged a working relationship with U.S. law enforcement and intelligence agencies that took him into Russian military facilities, Taliban-era Afghanistan, and on two undercover operations in Cyprus and Turkey. The prosecutors’ letter affirms, as has been previously reported, that he passed along information about Osama bin Laden’s whereabouts after the 9/11 attacks. According to the letter, Sater also reported on “American business interests of Russian oligarchs and the ties these individuals had to organized crime figures.”

Significant portions of the documents remain redacted — for reasons unclear even to Sater. He told The Intercept that much of the redacted material concerns two investigations in which he helped the FBI in an operation against “Russian hackers who attacked U.S. financial institutions” in Cyprus and Turkey. In both cases, the government brought indictments based on Sater’s overseas work, including one against Vladimir Zdorovenin, who was convicted in Manhattan in 2013 and sentenced to three years. The U.S. Attorney’s Office for the Eastern District of New York declined to comment.

In the end, Sater did not serve time for the 1998 racketeering and stock fraud case. During and after the period of his cooperation, Sater had been targeted with multiple civil lawsuits, including one complaint that alleges that he participated in “an international criminal conspiracy to launder and conceal at least $440 million” from BTA Bank, a Kazakh bank, some of which was funneled into Trump properties. That case, City of Almaty, Kazakhstan v. Sater, is ongoing.