The ad, which ran on ABC during a debate commercial break, opened with a photograph of Ocasio-Cortez’s face dissolving in flames. 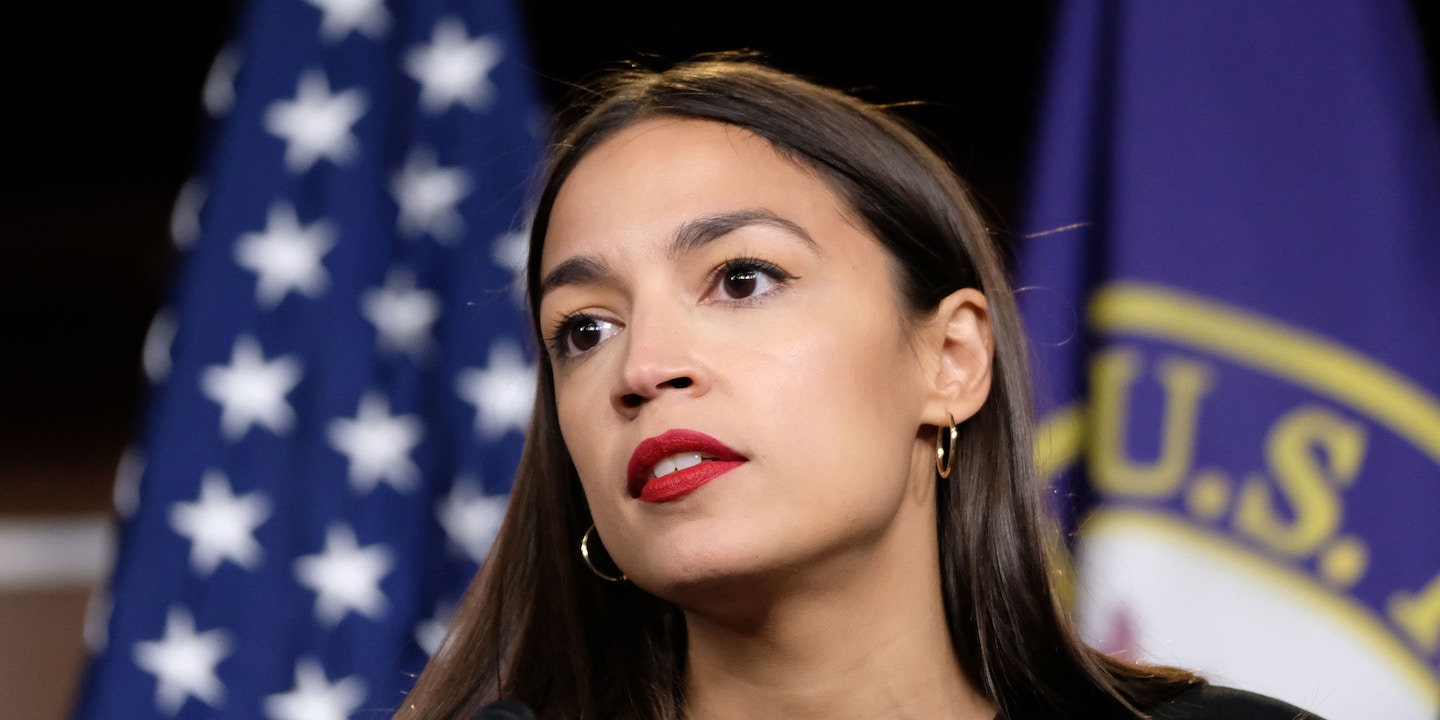 The strange Republican obsession with attacking Rep. Alexandria Ocasio-Cortez reached a new low in a commercial break during the Democratic presidential debate in Houston on Thursday night.

The widely reviled commercial, which aired on ABC and was paid for by donors to the GOP New Faces PAC, opened with a photograph of the young Latinx congresswoman’s face being set on fire to reveal images of the 1970s genocide in Cambodia underneath.

The attack ad was narrated by the Cambodian-American daughter of a survivor of the Khmer Rouge genocide, who offered the preposterous claim that Ocasio-Cortez’s democratic socialist ideals are the same as those of the radical Maoist militants who killed up to one-fourth of Cambodia’s population in the late 1970s.

“Does Alexandria Ocasio-Cortez know the horror of socialism?” the narrator, Elizabeth Heng, says. “My father was minutes from death in Cambodia, before a forced marriage saved his life. That’s socialism. Forced obedience. Starvation.”

Heng’s comparison of the Democrat’s ideology to that of the genocidal Cambodian regime is strongly ahistorical. In fact, as the journalist William Shawcross explained in his book, “Sideshow: Kissinger, Nixon and the Destruction of Cambodia,” the rise to power of the Khmer Rouge rebels in Cambodia was facilitated by the secret bombing campaign started in 1969 by a Republican president, Richard Nixon, and his secretary of state, Henry Kissinger. The Khmer Rouge finally seized power in Cambodia six years later, but its reign of terror, Shawcross wrote, was “born out of the inferno that American policy did much to create.”

The American assault on Cambodia, Shawcross wrote, was “not merely disproportionate but counter-productive and destructive of the values they were meant to defend.”

As Stanley Hoffmann observed in his review of “Sideshow” in the New York Review of Books in 1979, “Our methodical destruction of Cambodia and the swelling of the cities (once called ‘forced draft urbanization’) prepared the ground for the savage execution, by the Pol Pot regime, of the anti-city policy that Khieu Samphan, the future chief of state of that regime, had recommended in his Paris thesis of 1959.”

As Hoffman noted, the radical, totalitarian economic policies of the Khmer Rouge were devised by Khieu Samphan, an economist with a doctorate from the Sorbonne, who argued in his dissertation that the kind of work done in Cambodia’s cities by bureaucrats, merchants, and bankers was “unproductive.”

In his academic analysis of Cambodia’s economic structure, years before the genocide, Khieu Samphan had written: “These branches of activity add no value to the society from the perspective of the economy as a whole. They simply profit from a transfer of value issuing from other productive activities within society (agriculture, crafts, small industry). And the transfer of produce within society does not enlarge the total value of production obtained by society in any way.”

But the distinction “between productive and unproductive work,” which was later used to justify the Khmer Rouge’s radical experiment in which office workers were driven from Phnom Penh at gunpoint to perform forced agricultural labor in the countryside, was first described by the father of capitalism, the Scottish economist Adam Smith.

In his account of how the ensuing years of American bombing and invasion helped to radicalize the militants, Shawcross also focused on how Kissinger was able to evade blame from the Washington press corps for the mass slaughter of Cambodian civilians killed before the Khmer Rouge seized power in 1975.

“Washington is the only capital city in the world where information is so freely available that political and diplomatic reporting can be done without the gift of ‘access.’ But paradoxically, Washington is also the city where ‘access’ is both most easily obtained and most treasured,” Shawcross wrote. “Kissinger understood from the start that many of the town’s best-known journalists consider themselves essential to the business of government. When they are critical, it is in the most intimate sense; their comments are not intended to disrupt their relations with the men at the center whose opinions they seek to interpret and convey.”

At the end of the ad, Heng picks up on the Republican talking point that the progressive congresswoman of color is somehow racist for calling out white supremacy.

“Mine is a face of freedom,” Heng says, “my skin is not white, I’m not outrageous, racist nor socialist. I’m a Republican.”

Heng was a Republican candidate for Congress in 2018, losing to Democratic Rep. Jim Costa in California’s 16th Congressional District in Fresno. The Fresno Bee reported that Heng’s New Faces GOP PAC “so far has raised under $200,000, according to Federal Election Commission filings. Most of its top donors are from outside the Central Valley.”

“Republicans are running TV ads setting pictures of me on fire to convince people they aren’t racist. Life is weird!” Ocasio-Cortez responded on Twitter. “Know that this wasn’t an ad for young conservatives of color — that was the pretense. What you just watched was a love letter to the GOP’s white supremacist case.”