An investigation by the Young Turks sheds new light on a moment Buttigieg has highlighted as defining his relationship with South Bend’s black community. 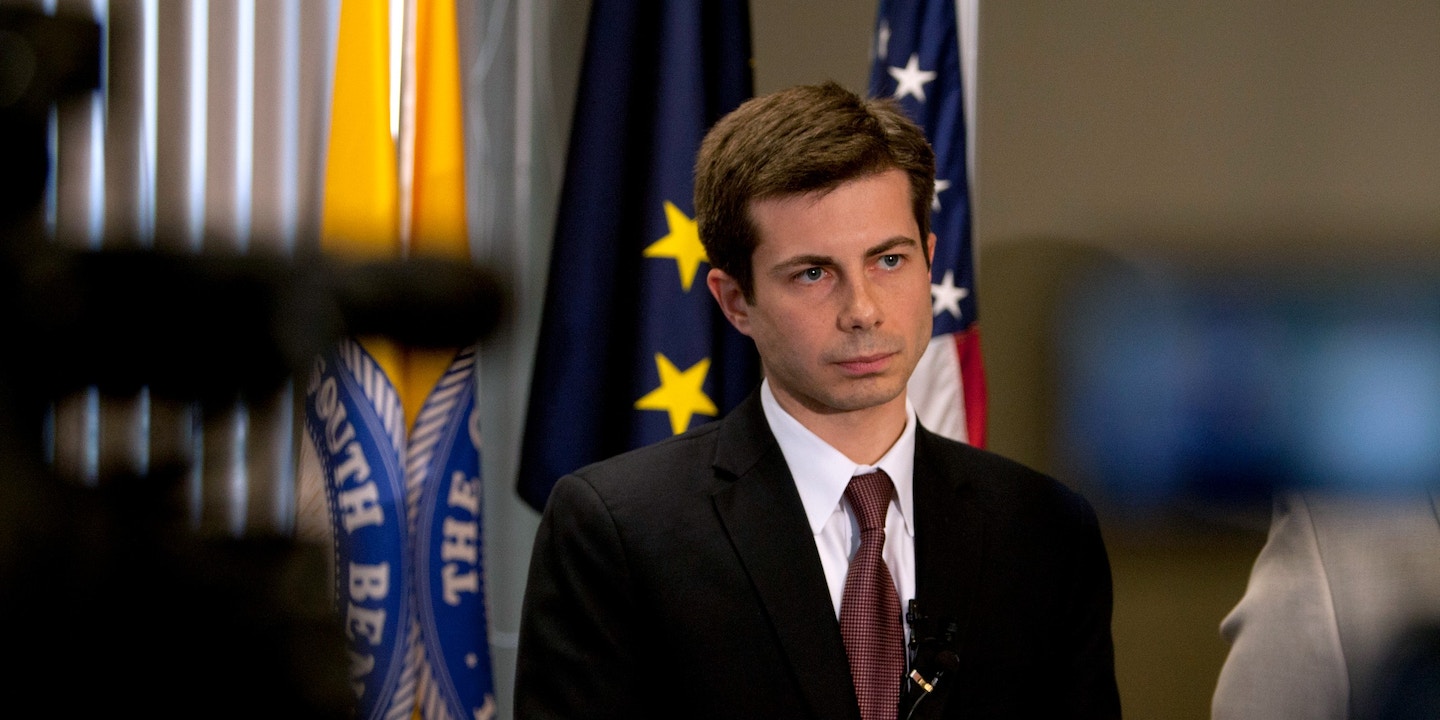 After taking over as mayor of South Bend, Indiana, in 2012, Pete Buttigieg made a decision that has dogged his political career ever since: He demanded the resignation of the city’s first black police chief, Darryl Boykins.

Amid outrage from the black community, Boykins quickly rescinded his resignation; Buttigieg instead demoted Boykins to work with the city’s young people and later called his handling of the situation his “first serious mistake as mayor.” At the time, Buttigieg said he fired Boykins for his role in the secret recording of some police phone lines, which federal investigators were looking into. In April, when Buttigieg was asked about the situation, he said at a CNN town hall, “The reason I demoted the chief was that I found out that he was the subject of a criminal investigation, not from him but from the FBI, and it made it very hard for me to trust him as one of my own appointees. It was frustrating and painful too.”

The recording system had long predated Boykins, who sued the city for racial discrimination, winning a $50,000 settlement. Buttigieg has said he has never been legally able to listen to what is on those secret tape recordings. Karen DePaepe, a city official who listened in on the lines and transferred the conversations to tapes to preserve the ones she thought were most important, said in 2012 that what she overheard suggested seriously unethical behavior by police officers, including the use of racist language in relation to Boykins. DePaepe, the only person known to have listened to significant portions of the controversial recordings, was also fired by Buttigieg for her role in the affair and subsequently sued the city and won a $235,000 settlement; she has not commented on the contents of the tapes since. What was said on them has remained a closely held secret.

On Monday, the Young Turks published the results of an investigation into the Boykins saga, revealing, for the first time, significant details as to what DePaepe said in legal documents and a police report that she heard on the tapes. DePaepe’s allegations can’t be confirmed without listening to the tapes themselves, but sources familiar with the documents confirmed their authenticity to TYT.

In a settlement between the city and Boykins and several police officers in 2013, the parties stipulated “that neither is aware of any evidence of illegal activity by the plaintiffs or any evidence that reveals that the plaintiffs used any racist word against former Police Chief Darryl Boykins.”

DePaepe alleged in legal documents that, over the span of several months, white officers discussed at length a plan to persuade Buttigieg to fire Boykins, using two Buttigieg donors as go-betweens. “It is going to be a fun time when all white people are in charge,” one officer is quoted saying. Both donors denied the charge to TYT, and the officers, said DePaepe, believed that Buttigieg was unaware of their scheme.

DePaepe alleged that some of the officers involved were recorded discussing Boykins in racist terms:

I believed that speaking in ebonics and eluding [sic] that the Chief of Police, because he is black, was covering for black gang members to be a racial slur. I believe this because they were talking in ebonics, and it made me believe they wanted to get rid of Boykins because he was black. No comments were made as to him not performing his duties, just that he protects gang members.

Some of the documents were produced as part of litigation related to the controversy, in response to written questions from city attorneys sent to DePaepe. The other document reviewed by TYT is an internal police report filed by DePaepe.

DePaepe said in the documents that the earliest insight she got into the plan was in February 2011, during the Democratic primary for Buttigieg’s first run for mayor. Despite their lobbying of Buttigieg, the officers didn’t betray much sympathy for him, dubbing him, according to DePaepe, “that little fucking squirt.”

After Buttigieg won the May primary, the lobbying appears to kick into high gear, DePaepe recounted.

In June, according to DePaepe, after an officer talked with Buttigieg, the conclusion was that “Boykins is done.”

He was not done yet, however. Buttigieg met with Boykins after being elected and decided to reappoint him. The first meeting, said Sean Savett, a Buttigieg spokesperson, was on Nov. 22, 2011, with a follow up on December 27. It wasn’t until the end of March that Buttigieg fired him, citing the federal investigation. The South Bend Tribune noted, however, that federal wiretapping law allows for an exception for law enforcement in the normal course of business. At the time, Buttigieg’s spokesperson responded: “The mayor’s role is to ensure that city departments are well-run and fully compliant. Federal authorities made it clear to the mayor that they found problems and expected corrections, and he acted accordingly.”

Buttigieg has since said that the episode — which unfolded as the city’s residents were marching to protest the killing of Trayvon Martin — strained his relationship to the black community in an enduring way. The small-town mayor has done no better with black voters in his presidential bid, consistently polling close to zero among African Americans.