The Sherman Act and other antitrust laws have criminal provisions that have largely been neglected by prosecutors. 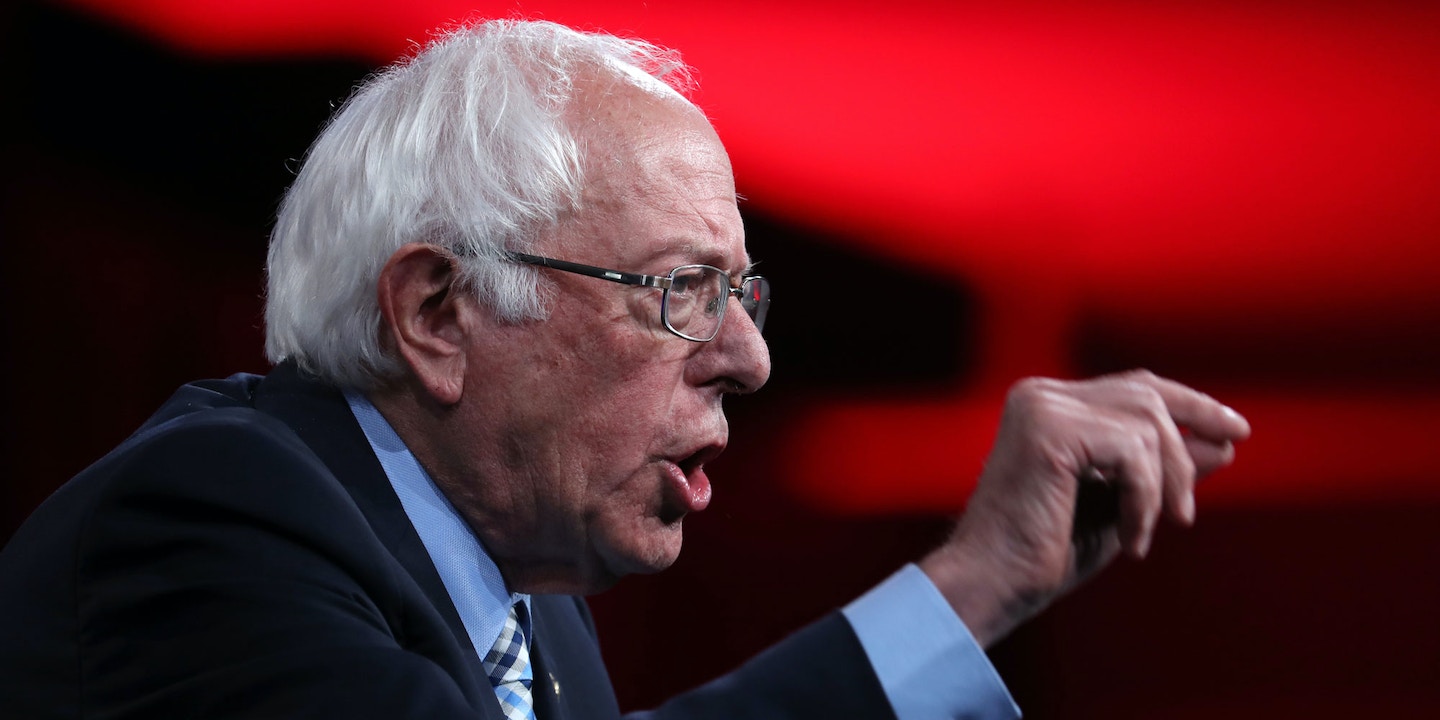 Bernie Sanders, if he were elected president, would revive the criminal provisions of the Sherman Antitrust Act to prosecute CEOs who have illegally monopolized a market, he told The Intercept in an interview.

The Sherman Act is the Department of Justice’s main tool for enforcing antitrust laws, which are meant to prevent monopolies from dominating an industry, which harms workers, consumers, and other businesses. It has both civil and criminal provisions, though in recent years, prosecutors have relied only on its civil provisions, with the intent of breaking up monopolies and opening markets.

Asked if the criminal provisions, which could see a CEO locked up for 10 years if intent to engage in unfair restrictions on trade can be proven, Sanders said, “Damn right they should be.”

Sanders zeroed in on the pharmaceutical industry, but he noted that monopolies have taken over nearly every sector of the economy. “You have a pharmaceutical industry today, which is extremely concentrated and which has executives who knowingly pushed opioids into communities all over this country when they knew that was addictive and killing people. You have price-fixing in the pharmaceutical industry,” he said. “You have concentration of ownership in every sector of our economy, including Wall Street. If elected president, we’re going to have an attorney general who will be very aggressive in taking on the monopolies of this country.”

In a statement to The Intercept, Sen. Elizabeth Warren’s campaign said she would also pursue criminal prosecutions of monopolists under the Sherman Act. “When she’s president, Elizabeth will enforce our antitrust laws to their fullest extent including their criminal provisions. She will also break up Big Tech, break up Big Ag, and break up Big Banks,” said spokesperson Saloni Sharma.

Major Sherman Act civil cases reshaped the American economy in the 20th century — particularly the breakup of AT&T in 1984, which paved the way for the rise of Silicon Valley. Civil prosecutions scare business leaders as a business matter, while criminal prosecutions, which have been sparse, frighten them personally.

The most high-profile prosecution of a monopolist was launched by President Franklin D. Roosevelt against the previous Treasury secretary, Andrew Mellon, who owned the aluminum empire Alcoa. FDR’s attorney general, Homer Cummings, relied on tax law to charge Mellon criminally, but a grand jury in his hometown of Pittsburgh declined to indict; he was later sued for tax evasion. FDR’s Justice Department also brought a civil Sherman Act complaint, naming Mellon as a defendant. Alcoa lost the suit in 1945, but even before the end of it, the government directly financed the creation of aluminum competitors. FDR’s campaign against Mellon sent a signal that the president had little intention of compromising with the titans of industry, but instead intended crush their power. (The prosecution also resulted in Mellon turning over much of his fabulous art collection to create the National Gallery of Art.)

“Roosevelt’s antitrust chief Thurman Arnold used to criminally indict business executives and fingerprint them like ordinary criminals,” said Matt Stoller, whose new book “Goliath: Hundred Year War Between Monopoly Power and Democracy” chronicles these battles. (Arnold was an assistant attorney general who led the Justice Department’s antitrust division.) “As soon as he did this, amazingly, monopolistic practices in those industries would cease.”

On Wednesday, billionaire Facebook CEO Mark Zuckerberg appeared before the House Financial Services Committee. His website, initially intended to rank the attractiveness of his female classmates when he was a student at Harvard, has broadened into a company that dominates the online advertising industry and exerts political influence on a global scale. Zuckerberg has warned that Sen. Elizabeth Warren’s plan to break up Facebook — which also owns Instagram, WhatsApp, and a host of other products that Facebook bought and destroyed to snuff out competition — is an “existential” threat. It appears he may have to worry about one from Sanders too.