Gottheimer and Rep. Tom Reed, R-N.Y., are scheduled to appear at the fundraiser, hosted by the U.S. Chamber of Commerce PAC for the Problem Solvers Caucus. 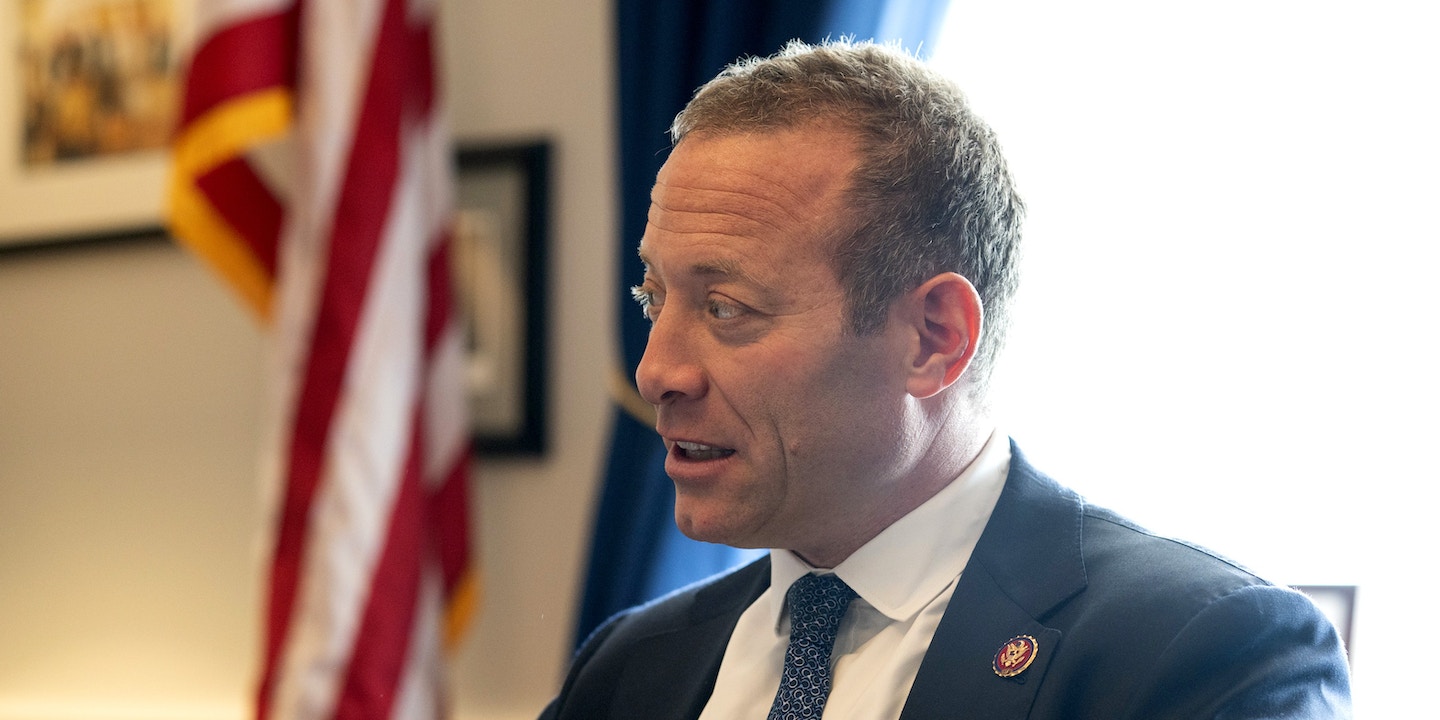 Now a group of centrist Democrats, led by Rep. Josh Gottheimer, D-N.J., is scheduled to join with the Chamber in a bid to raise money.

A fundraiser invite obtained by The Intercept shows that Gottheimer and Rep. Tom Reed, R-N.Y., are scheduled to appear at the Chamber PAC’s town house on Capitol Hill on October 29. The event honors the “Problem Solvers Caucus,” an offshoot of the centrist project No Labels. Contributions will benefit the affiliate centrist Democrat fundraising committee known as Across the Aisles PAC. Molly Allen, a fundraiser who helped put together the event, noted in an email, “As usual with these events, we expect strong Member attendance and a lively discussion!”

The Chamber was one of the largest beneficiaries of the Supreme Court’s 2010 Citizens United decision, funneling tens of millions of dollars of undisclosed corporate money into congressional elections, largely to elect Republican lawmakers. Democrats have long courted the “voice of business,” only to see the Chamber work tirelessly to boost GOP campaigns.

The Intercept has previously documented the role of GOP billionaires in financing an array of PACs that played a pivotal role in electing centrist Democrats during the 2018 midterm elections. Gottheimer has also earned the ire of Democrats by working to undermine party unity on votes to constrain the Saudi Arabia-led war in Yemen and to mandate better conditions for those detained at the border. Gottheimer did not immediately respond to a request for comment.

Early in the Obama administration, then-Sen. Evan Bayh, D-Ind., a leading voice for centrist Democrats, joined the Chamber-backed effort to block labor union reform, known as the Employee Free Choice Act, as well as the Waxman-Markey legislation to cap carbon emissions from industrial polluters. The senator retired from office and joined the Chamber as a consultant.

Despite Bayh’s loyalty to the business lobby, when he reentered politics in 2016, running to reclaim a Senate seat in Indiana, the Chamber poured millions of dollars into undisclosed ads benefiting his GOP opponent, now-Sen. Todd Young, R-Ind.

The Chamber’s political donations still tilt overwhelmingly to the Republican Party, though in recent years, the group has sought to boost centrist Democrats. Last year, the Chamber’s PAC money gave about 80 percent of funds to GOP candidates and committees, while also donating to centrists such as Gottheimer, Rep. Donald Norcross, D-N.J., and Rep. Henry Cuellar, D-Texas.

The Chamber is not only shaping election outcomes, litigation, and the legislative debate. In 2011, the Chamber was caught negotiating with a group of defense contractors on a scheme to spy on labor activists, journalists, and Democratic-leaning groups such as MoveOn.org.

Update: October 28, 2019, 6:15 p.m.
The Chamber did not respond to a request for comment about the fundraiser. After publication, Sabrina Fang, a spokesperson for the Chamber, replied with a link to a page that touts the Chamber’s support for a variety of carbon-reduction policies, including bills to boost nuclear power, research into battery development, and carbon-capture technology. The website includes a mission statement that reads: “Combating climate change requires strategic government support – including robust federal programs that help companies develop and adopt commercially viable clean energy technologies.”