Billions of dollars are being spent in the dark on “advocacy,” “consulting,” “contributions,” “coalitions,” “consortiums,” “government affairs,” “communications,” and “memberships.” 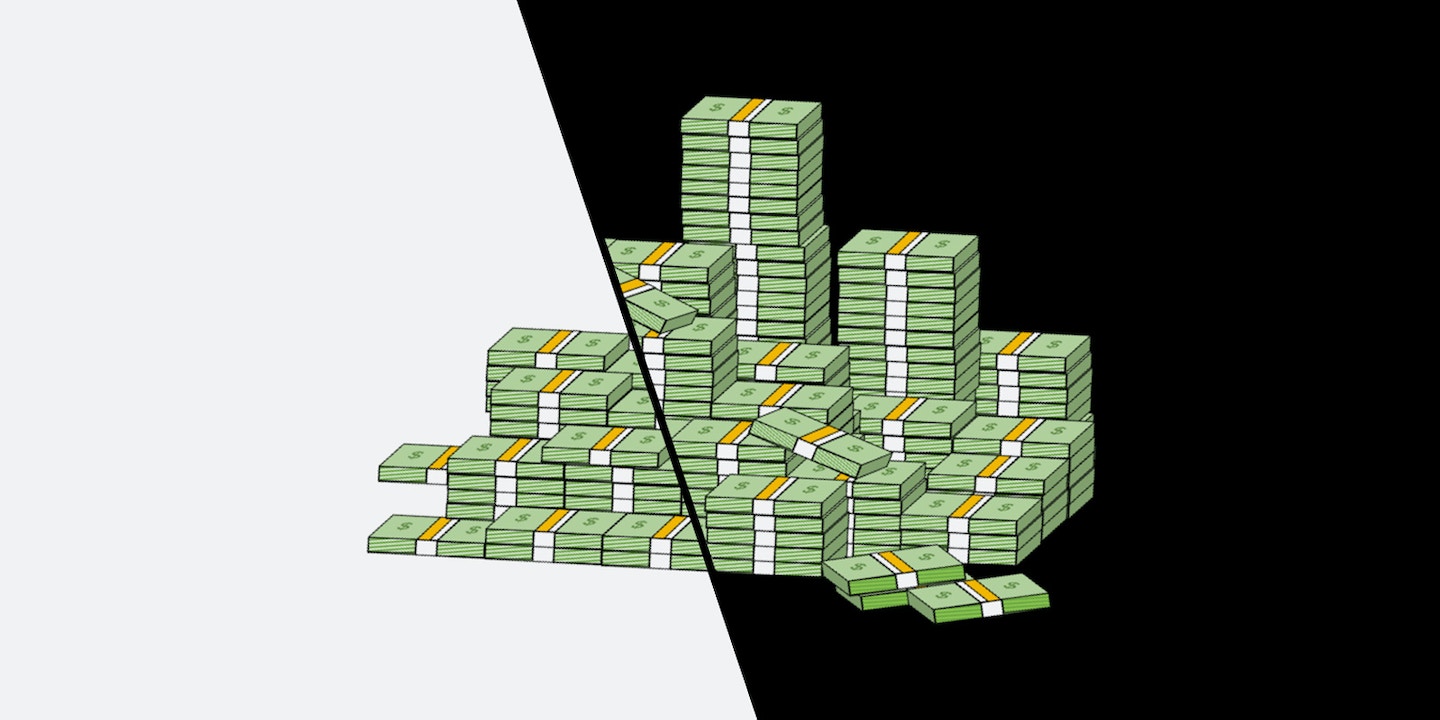 Influential corporate trade organizations and nonprofits spent $535 million on lobbying in 2017 and as much as another $675 million on unregulated efforts to influence public policy, according to a two-month investigation.

The figures, taken together, highlight how business interests can exploit loopholes in lobbying rules, which don’t cover many staples of modern influence campaigns, such as strategic consulting, broadcast advertising, media relations, social media posts, and polling — or even the financing of astroturf campaigns.

The $1.2 billion in combined spending demonstrates the increasing power of tax-exempt trade groups known as 501(c)(6) organizations. The Internal Revenue Service has approved thousands of applications for nonprofit status for such organizations, ranging from the U.S. Chamber of Commerce, which spends more on lobbying than any other trade organization, to the Washington State Society of Anesthesiologists. Their influence has grown substantially since the Supreme Court’s 2010 Citizens United decision allowed them to spend directly on politics.

Trade organizations regularly raise staggering amounts of corporate cash; dozens of groups raise eight- and nine-figure totals each year. In 2017, the Chamber raised almost $160 million, the American Petroleum Institute took in $206 million, and the National Cattlemen’s Beef Association brought in almost $65 million. But the nonprofit organizations still, for the most part, fly under the radar.

“People forget about them because they’ve just been there [collecting] large sums of money for a very long time,” said Frances R. Hill, a University of Miami law professor. “The trade associations are more alien to a lot of people who are interested in exempt organizations than the 501(c)(3) public charities or 501(c)(4) social welfare organizations, which have become standard campaign participants. As long as people don’t really bother you and aren’t too upset about you, you can do fairly amazing or distressing things.”

After publication, Sen. Sheldon Whitehouse, D-R.I., provided a statement condemning the practice. “From fossil fuel companies blocking climate action to the [National Rifle Association] shilling for firearms corporations, these influence schemes help hundreds of millions of dollars flow through sophisticated campaigns to rig our government in special interests’ favor. That’s shameful,” said Whitehouse. “Big trade groups like the U.S. Chamber of Commerce shouldn’t be allowed to swamp our government to enrich a few of their hidden backers. A lot of sunlight is needed to disinfect this area.”

Under IRS rules, trade associations can give millions to other organizations to run campaigns on their behalf without disclosing the recipients. Some of the most high-profile legislation of the last decade has been influenced by secretive trade group spending. During the 2009 battle over the Patient Protection and Affordable Care Act, also known as Obamacare, the trade organization for health insurers funneled more than $100 million to the U.S. Chamber of Commerce to foment opposition to Democratic health reform efforts.

Although Obamacare became law, the influence campaign was a success, as the Democratic majority removed a provision to create a “public option,” or a government-run insurance plan opposed by health care interests.

While the donations by America’s Health Insurance Plans, or AHIP, were reported by Bloomberg and the National Journal, they were never publicly disclosed by either organization, since AHIP characterized the spending as “advocacy.” The trade organization said it had “incurred expenses to advocacy organizations as part of its advocacy efforts on reform of the nation’s health care system.” The expenses included “grassroots outreach, education and mobilization; print, online, and broadcast advertising; and coalition building efforts,” the group wrote in its 2009 tax return.

AHIP raised almost $65 million in 2017. Although the organization hasn’t spent nearly as much on advocacy since the ACA fight, it has used fine print to bury similar disclosures in its tax returns in recent years.

AHIP spokesperson Kristine Grow said that the organization has “nothing further to add to our filings.”

Tax experts say it’s legal for trade associations to move money around this way because the payments resemble consulting agreements rather than traditional charitable grants or contributions. The approach gives the nonprofits more control over how their money gets used and ensures they can guarantee anonymity to recipients.

Nonprofits don’t have to publicly disclose their donors, but they are required to list the grants they give out. Trade groups, however, don’t generally give out grants due to the nature of their tax exemption, according to tax law attorney Marcus S. Owens, a Loeb & Loeb partner who previously supervised the IRS’s exempt organizations division.

Groups operating under 501(c)(6) of the IRS tax code are established to support a particular line or lines of business, and they “typically don’t make grants because it’s hard to construe that as furthering a trade or line of business,” Owens said. Instead, trade associations will contract with groups and require them to use the money for specific purposes, he said.

Payments for advocacy and similar items are recorded in the IRS tax return’s section for functional expenses, under either “other fees for services” or “other expenses.” Tax return filings from 2017 show AHIP isn’t the only organization listing vague, advocacy-related expenses or cash transfers.

The Chamber of Commerce’s Institute for Legal Reform, which seeks to limit lawsuits against businesses, listed $5.2 million in contributions to other organizations and spent $4 million on “policy research and consulting.”

Some of the largest expenses went towards “consulting.” The Blue Cross Blue Shield Association reported spending $174 million on various consulting fees in 2017. Pharmaceutical Research and Manufacturers of America, or PhRMA, spent almost $82 million on consulting.

“I don’t have anything additional to add aside from what is in our public filings,” said PhRMA spokesperson Holly Campbell.

Carter Yang, a spokesperson for Airlines for America, described its industry support as “contributions to other industry organizations and public awareness campaigns beneficial to the U.S. airline industry.” The $1 million was used to “promote positive legislative actions,” he said. “These include consulting at the federal and state levels, legal support, subject matter expert support and industry metric analysis.”

Nonprofits are only required to itemize their “other fees for services” if they account for more than 10 percent of their total functional expenses, which offers some trade associations an additional avenue for secrecy. For example, since the American Hospital Association listed more than $126 million in total functional expenses in 2017, it didn’t need to spell out any of the items included in its $12 million line for “other fees for services.”

Last year, the health care industry launched the Partnership for America’s Health Care Future, or PAHCF, a 501(c)(4) dark-money organization, to oppose growing momentum for Medicare for All or more limited reforms. The PAHCF membership page features more than two dozen trade organizations, including AHIP, PhRMA, the American College of Radiology, and the Federation of American Hospitals, the trade organization for investor-owned facilities.

In February, the federation’s CEO, Chip Kahn, took credit for coming up with the idea of forming PAHCF, according to Modern Healthcare. But while the American College of Radiology Association’s 2018 tax return lists a $300,000 grant to PAHCF, the Federation of American Hospitals didn’t disclose any contributions to PAHCF last year. It did, however, report spending more than $800,000 on “advocacy.”

The federation did not respond to questions about its advocacy expenses. 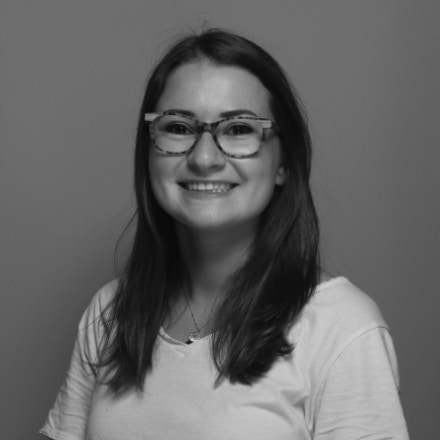