The latest ethics filings disclosed with the California Secretary of State show PG&E has spent at least $2.1 million on lobbying policymakers this year. 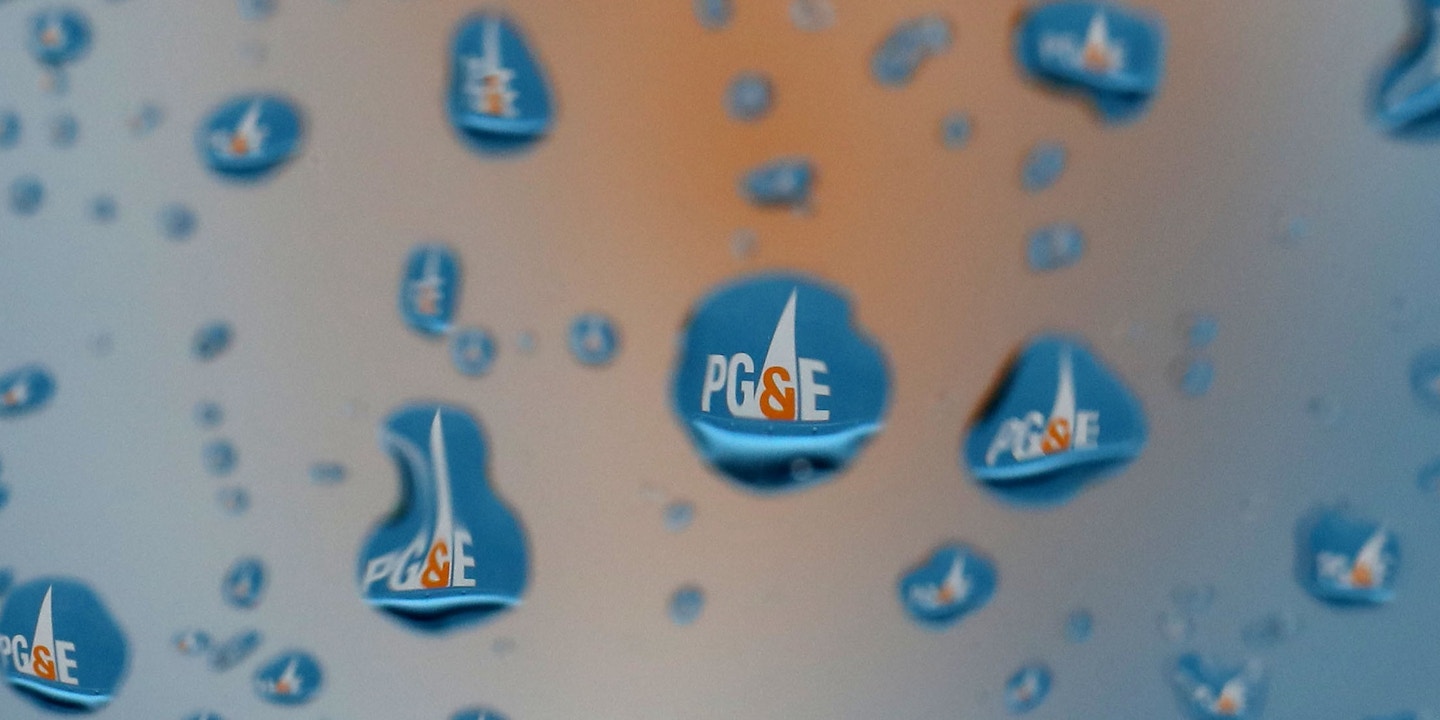 The decision by Pacific Gas & Electric to declare bankruptcy in January did not prevent the utility giant from continuing to spend big on political influence in California’s Statehouse.

The investor-owned utility’s transmission lines have been blamed for multiple wildfires, including the Tubbs fire in October 2017 and the Camp Fire wildfire in November 2018, the two most destructive and deadly wildfires in California history. The company infamously neglected necessary safety upgrades on infrastructure known to be a fire hazard, instead choosing to spend its ratepayers’ money on executive compensation, billions of dollars of investor dividends, and on buying political influence.

The company’s plunge into Chapter 11, widely viewed as maneuver to avoid legal liability for wildfire victims, has temporarily suspended dividend payments to investors, but it hasn’t stopped the company from showering the political system with money in an attempt to secure a preferential bond that could leave customers picking up the tab to cover the company’s negligent behavior.

The latest ethics filings disclosed with the California Secretary of State show that PG&E has spent at least $2.1 million on lobbying policymakers this year, well after declaring bankruptcy, with hefty fees spent to retain half a dozen prominent consulting firms and branding experts, along with a team of in-house lobbyists.

The company also paid for beverages for California State Assemblyman Chad Mayes, R-Yucca Valley, and Assemblyman Rob Bonta, D-Alameda. Both lawmakers sponsored legislation, introduced in February, to provide PG&E with as much as $20 billion in tax-exempt bonds, a measure widely criticized as a bailout by ratepayers.

Mayes, the disclosure notes, was treated to drinks by PG&E in September at Brasserie Capitale, a French restaurant just two blocks from the California state Capitol. Bonta was served drinks by the utility giant at Pebble Beach, the famed golf course, in July.

Mayes and Bonta did not respond to a request for comment by press time. In a statement sent to The Intercept, James Noonan, a spokesperson for PG&E said, “Like many individuals and businesses, PG&E participates in the political process. PG&E holds itself to the highest standards of public disclosure and compliance with applicable laws and regulations.”

PG&E has long maintained a powerful grip on policymakers through its hefty investments in political spending. The company regularly pays for baseball tickets, meals, beverages, and other forms of entertainment for California lawmakers and legislative staff. In 2016, the company paid for San Francisco Giants tickets for a group of Democratic legislative staffers, including Dean Grafilo, who was then serving as Bonta’s chief of staff. Last year, PG&E donated $7,500 to the Bonta California Progress Foundation, a charitable fund launched by Bonta to provide scholarships to disadvantaged youth. The company has also given $8,800 to Mayes for his most recent reelection effort.

The company has maintained influence with a host of other prominent politicians. Last year, the company spent nearly $10 million on campaign donations and lobbying, more than any other single political entity in the state, largely to control the fallout from outrage over the company’s role in fueling wildfires across Northern California.

Following its move into bankruptcy this year, the current management and largest shareholders of PG&E have battled takeover attempts by an array of stakeholders, including bondholders and proposals to transform the company into a municipally-owned cooperative, an effort now supported by politicians in San Francisco and San Jose. On November 1, Newsom expressed support for pushing through the bankruptcy process. If negotiations don’t work, he said, the state “will not hesitate to step in and restructure the utility.”

The company has furiously lobbied lawmakers to approve the legislation introduced in February and sponsored by Mayes and Bonta. AB 235 would allow for the creation of a special tax-exempt bond to pay off claims related to the damaged caused by wildfires.

Advocacy groups quickly branded the legislation as a financial sleight of hand designed to shift liability for the utility company’s mismanagement to ordinary consumers. The California Alliance for Community Energy opposed the Mayes-Bonta legislation, noting that PG&E is actively seeking to hike utility rates, and that the legislation could mean “ratepayers would be left holding the bag for any default by PG&E in repaying the bonds.”

The Utility Reform Network, or TURN, an advocacy group representing ratepayers, similarly slammed the proposal as a bailout designed to protect shareholders at the expense of consumers.

“Lawmakers should simply shut their doors to PG&E,” Mark Toney, the executive director of TURN, said in a press statement. “Ever since the Tubbs fire PG&E has had a single-minded focus on using its liabilities to extract as much money from customers as possible. Even after succeeding in getting self-serving legislation in 2018, and even after choosing to declare bankruptcy despite that, PG&E’s campaign of shareholder greed has continued unabated.”

In July, the legislature passed a special fund designed to help California utilities handle wildfire liability costs, though the law stipulates that firms such as PG&E must exit bankruptcy by June 30, 2020, to participate in the fund.

The separate tax-exempt bond legislation backed by Mayes-Bonta, however, failed in September as outcry over the bill grew. The Mayes-Bonta bill may be revisited next year during the new legislative session.

David Pomerantz, executive director of the Energy and Policy Institute, a watchdog on investor-owned utilities, noted that PG&E’s conduct mirrors similar political spending by the utility industry across the country, such as FirstEnergy’s recent push in Ohio to lobby for a billion-dollar bailout of the firm’s failing nuclear and coal plants.

“Every single dollar that PG&E spends wining and dining legislators is a dollar that it should be spending on maintenance that can help mitigate the risk of fires and blackouts in the near term,” said Pomerantz. “Or that it can spend to build a safer, more distributed electric grid in the long term.”