Austrian Peter Handke, whose controversial books are criticized for denying the Serb genocide in Bosnia, got a Yugoslav passport in 1999. 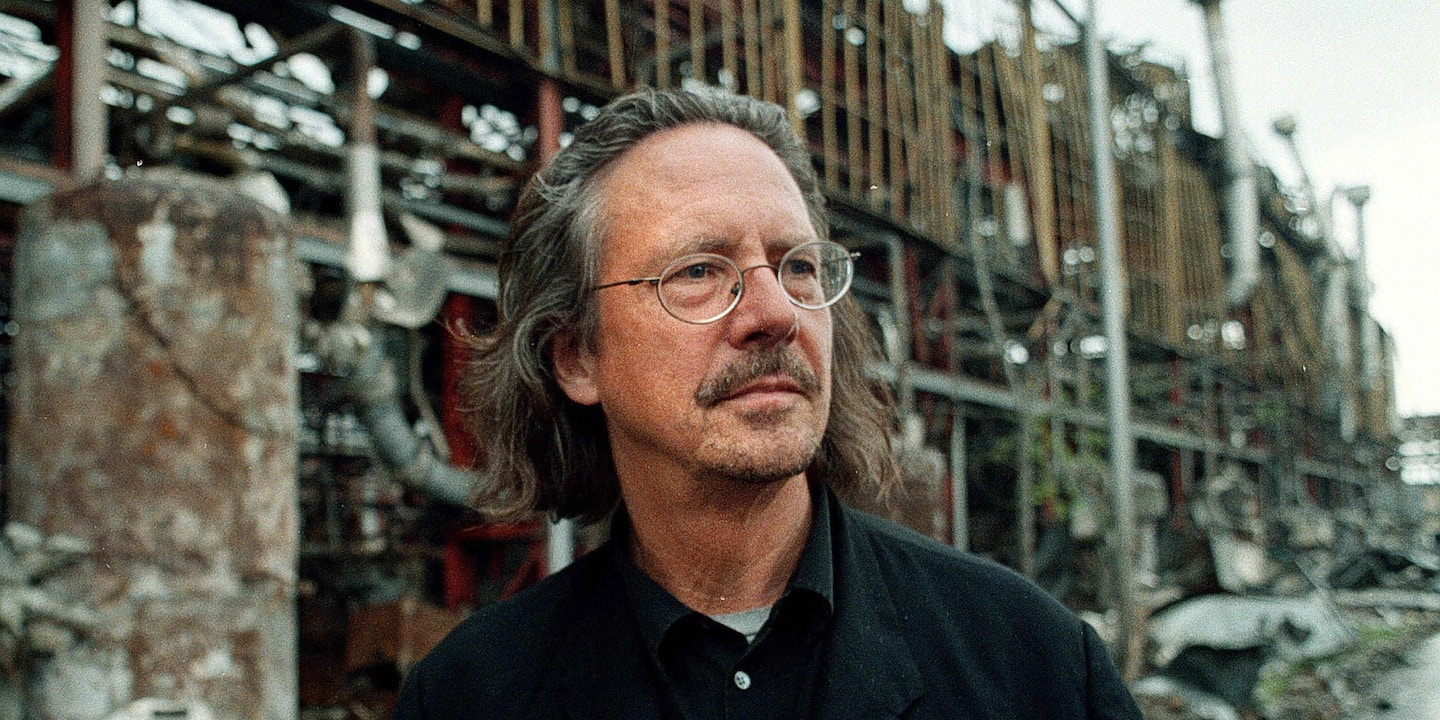 The spring of 1999 was a busy time for Peter Handke, the controversial Austrian writer who won the Nobel Prize for Literature last month.

Back then, Handke was already criticized for several books that were regarded as denying the Serb genocide of Muslims in Bosnia. But after the U.S. and its NATO allies began a bombing campaign against Serb targets on March 25, Handke stepped even more deeply into wartime politics by traveling to Belgrade to express his solidarity with the isolated country and its strongman, Slobodan Milosevic. “My place is in Serbia if the NATO criminals bomb,” Handke said.

The 78-day bombing campaign, aimed at forcing Milosevic’s army out of Kosovo, ended on June 9, which was the same day Handke was in Vienna for the opening of his newest play, a thinly veiled critique of the war crimes trials underway against a number of Serbs, including Milosevic. These were highly polarizing times for Handke, and while his pro-Serb views were well known at the time, a chapter of his life was unfolding that has not been publicized until now.

On June 15, 1999, less than a week after the opening of his war crimes play, Handke obtained a Yugoslav passport from the Yugoslav embassy in Vienna. Under the law that prevailed at the time in Yugoslavia — which consisted of two republics, Serbia and far-smaller Montenegro — passports were issued to Yugoslav citizens only. It is not possible to determine from the available pages of Handke’s passport whether he also had taken Yugoslav citizenship alongside his Austrian citizenship, although the passport says “Yugoslav” under the heading of “Nationality.”

Handke’s Yugoslav passport is important because of an ongoing international controversy over the Nobel organization giving what is considered the world’s most important literary prize to a writer accused of being a genocide apologist. Handke and his defenders, including the Nobel Committee for Literature and the Swedish Academy, which selected Handke for the 2019 award, have insisted that his books, plays, and interviews about Bosnia have been generally fair and even-handed.

The fact, undisclosed until now, that Handke had a Yugoslav passport would appear to be a new indicator of his actual sympathies and loyalties. In two of his most controversial books — “A Journey to the Rivers” and “Summer Addendum to a Winter’s Journey” — Handke has appeared to cast doubt on whether as many Muslims were killed by Serbs as reported. He has also appeared to suggest that the bloodiest mortar attacks on Sarajevo were committed by Muslims against themselves, to increase global outrage against the Serbs who started the war and were besieging Bosnia’s capital. About 100,000 people are estimated to have died in the 1992-1995 war, the greatest portion by far being Muslim civilians and soldiers. The worst massacre in European history since World War II occurred in 1995, when more than 8,000 Muslim men and boys were slaughtered by Serb forces in Srebrenica in what the International Criminal Tribunal for the former Yugoslavia has defined as genocide.

Handke’s Yugoslav passport has been hiding in plain sight — apparently unnoticed — for a while. In 2015, the Austrian National Library completed an online archive of texts and photos related to Handke’s work and life. The archive is a bit ungainly to navigate through. On a somewhat obscure page about Handke’s connections to Belgrade, there’s a sidebar with 18 thumbnail-sized photos, mostly of Belgrade landmarks. There are also two thumbnail photos of the cover and inside pages of Handke’s passport. (They had been deleted just before The Intercept published this story on Wednesday, but now they’re back online.) The credit information on the photos says they are from the private collection of Hans Widrich. Contacted by The Intercept earlier this week, Widrich explained that for nearly a decade Handke had rented a cottage on his property in Salzburg. Widrich, now retired from his job as the longtime spokesperson for the Salzburg music festival, said that Handke had given him a number of personal items, including manuscripts and old passports that Widrich subsequently provided to the National Library.

Widrich said that he had once asked Handke about the Yugoslav passport, and Handke replied that he got it because as a foreigner he had to pay a higher rate for hotels when he traveled in Serbia. This is how Widrich recalled the conversation: “I said, ‘Oh, there is a Yugoslav passport,’ and he said, ‘Yes, I asked for it because I visit the country very often and I don’t like paying a high price when my Serb companion pays half of it.’”

It is not clear, however, whether the whole story is quite as simple as that.

What’s certainly true is that Handke — whose mother was from Austria’s Slovene minority — visited Serbia on a number of occasions in the mid-to-late 1990s and usually traveled with a small entourage of close friends, particularly his Serbian translator Zarko Radakovic. His books from that era often mention staying in hotels or pensions. The Intercept contacted several people who lived or worked in Serbia in those years, and they recalled that hotels did charge higher prices to foreigners.

However, obtaining a passport from Yugoslavia (or any country, for that matter) is not a simple process. According to the 1996 Law on Travel Documents for Yugoslav Nationals that was in force at the time, only citizens of Yugoslavia could obtain passports, with the exception of diplomatic passports (Handke’s passport does not have any diplomatic markings). Handke’s publisher did not reply to emails and phone calls seeking comment about the origins of the passport and the question of whether Handke also obtained Yugoslav citizenship.

It is entirely possible that Handke received his passport without going through the usual citizenship steps. For a number of years, Yugoslavia had been a mafia state, with the Milosevic regime ignoring laws and doing as it pleased. The country was wracked by hyperinflation, U.S. sanctions, political violence, and more. The regime punished those it disagreed with and bestowed favors on those it approved of. It is not unimaginable that the regime provided Handke with a passport, bypassing the citizenship process, as a reward and encouragement for his vocal support.

Handke’s decision to receive the passport is a separate matter. He certainly would have paid less money at the hotels he stayed in, but that would seem an insufficient motive for accepting such an unusual and controversial gift from a government that had been widely condemned for crimes against humanity in Bosnia as well as Kosovo. Accepting a passport from Milosevic’s regime would seem akin to a political act that’s heavily freighted with meanings of support and alignment.

The passport appears to have become a sensitive matter for the principals involved. Although Widrich responded to inquiries on Monday and Tuesday, he later requested that The Intercept not publish photos of the passport. When The Intercept checked the National Library’s archive just before publishing this story on Wednesday, the passport photos had been deleted. According to reports in the Austrian media on Thursday, the photos were taken down upon Widrich’s request, but the library went back to him after The Intercept published this story and asked permission to repost the photos. Widrich reportedly agreed after consulting with Handke.

Update: November 6, 2019
This story has been updated to note that Handke’s Yugoslav passport describes his nationality as “Yugoslav.”

Update: November 7, 2019
This story has been updated to reflect that the Austrian National Library, after deleting the photos of Handke’s Yugoslav passport before this story was published, reposted them afterwards.

Correction: November 7, 2019
This story has been corrected to clarify that Handke’s mother was from Austria’s Slovene minority.