All of America’s 607 Billionaires Must Run for President

For all intents and purposes, the United States is already run by its billionaires. They should care about us enough to make things official. 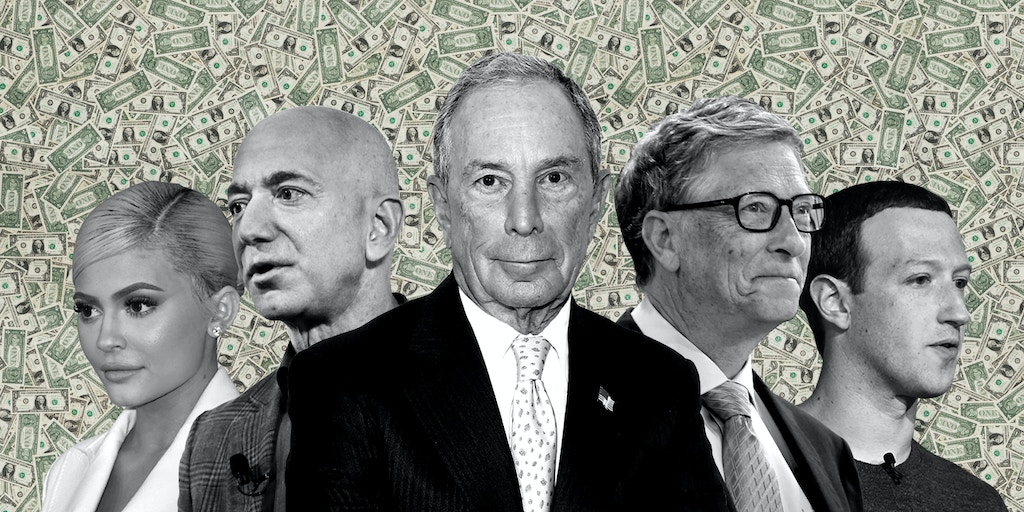 With Michael Bloomberg, the ninth richest man on earth, apparently running for president, Americans are asking themselves some tough questions. Like, why did we ever allow nonbillionaires to run for the highest office in the land? And why aren’t all the other billionaires jumping into the race?

After all, for all intents and purposes, the United States is already run by its billionaires. They should care about us enough to make things official. If you like America, you should put a ring on it!

There’s no possible downside here. We already have a guy who calls himself a billionaire as president, and that’s going great. Things could only get better with more of this billionaire magic.

History makes this clear too. Two thousand years ago, in A.D. 19, the politics of the Roman Empire had become a plaything of its ultrarich. We haven’t checked, but presumably we would have heard if anything’s gone wrong for the Romans since then.

Bloomberg (net worth: $55 billion), Tom Steyer ($1.6 billion), and President Donald Trump (“$3.1” “billion”) are a good start. But it’s time for America’s other 604 billionaires to step up to the plate. Here’s a look at just a few of our options for our next president/chieftain/despot.

Michael Bloomberg, Bloomberg LP
Pros: At 5-foot-7, would be the shortest U.S. president since William McKinley.
Cons: Is a tough sell as a Democratic candidate since he’s a Republican.

Jeff Bezos, Amazon
Pros: Harnessed the kind of aggression and lust for dominance that other humans have used for war to create a mechanism for online shopping.
Cons: Will, if the opportunity arises, abandon us to become president of space.

Bill Gates, Microsoft
Pros: Unlike most billionaires, seems aware that 1) nonbillionaires can be afflicted with disease and 2) this is bad.
Cons: Murdered Jeffrey Epstein.

Mark Zuckerberg, Facebook
Pros: Speaks Mandarin, so can supervise the impending merger of American surveillance capitalism and Chinese surveillance communism.
Cons: Believes that Silicon Valley “is an extremely left-leaning place,” suggesting that he’s never been anywhere else on earth.

Sheldon Adelson, Las Vegas Sands Corporation
Pros: His administration would answer the question, “What would it be like if Jabba the Hutt were president?”
Cons: Probably nothing, unless you think it would be bad for America to suddenly nuke Iran.

David Koch, Koch Industries
Pros: There’s nothing in the Constitution that says the president has to be alive.
Cons: Redundant, we’re already going to be ruled for the next 1,000 years by the nightmarish consequences of his climate denialism.

The Entire Walton Family, Walmart
Pros: As of this moment, the heirs of Walmart founder Sam Walton have a combined $200 billion, almost twice as much as Jeff Bezos. They could deliver addresses from the Oval Office, taunting him in unison.
Cons: Get ready for the new minimum wage of $0.37.

Eduardo Saverin, Facebook
Pros: Could inspire Americans to make $10 billion by attending Harvard at the same time as Zuckerberg.
Cons: Renounced his U.S. citizenship to avoid taxes, but maybe he could be lured back if we all apologize.

Ken Griffin, Citadel
Pros: Embodies Schrödinger’s paradox: He can explain that he is not driven by money while simultaneously saying that we better not tax him more because he’s driven by money.
Cons: Only spent $238 million on his New York penthouse. Americans want a president who lives large.

Pierre Omidyar, eBay
Pros: Handsome, kind, wise; like Bloomberg, already has a media outlet up and running.
Cons: Campaigns are expensive, and we can think of far better uses for that money. (Unlike Bloomberg Media Group, The Intercept is a nonprofit.)