Trump told a U.S. diplomat who called him from a restaurant in Kyiv that he wanted Ukraine to investigate Joe Biden, according to a State Department witness. 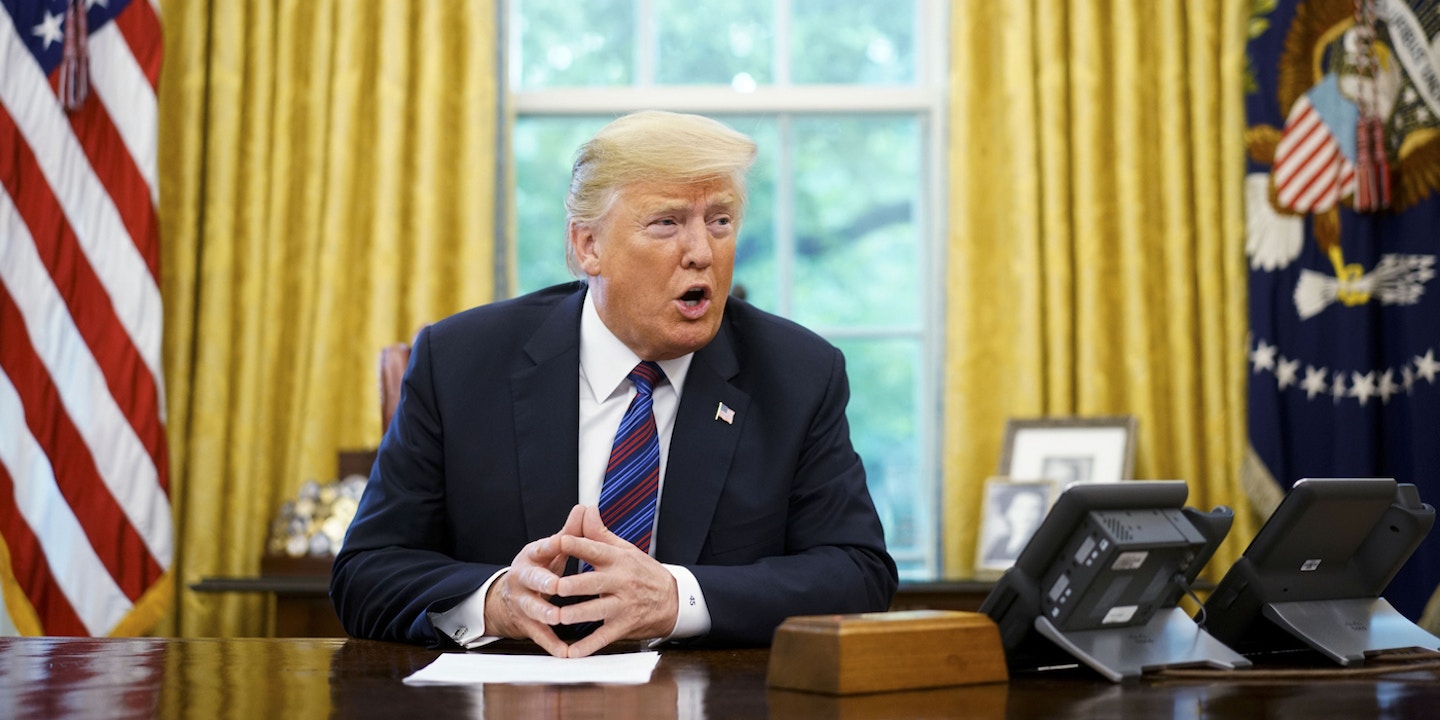 In a jaw-dropping operational security lapse, President Donald Trump discussed his demand for Ukraine to open investigations of Joe Biden and other Democrats in a cellphone conversation with an American diplomat who was in a restaurant in Ukraine at the time, the House impeachment inquiry was told on Wednesday.

During that call with Gordon Sondland, the U.S. ambassador to the European Union, Trump spoke so loudly about “the investigations” that someone in the restaurant who was not on the phone could hear his words, according to Bill Taylor, the senior American diplomat in Ukraine.

It is highly likely that others were listening too. Russia’s intelligence services have previously demonstrated the capability to intercept the phone calls of American diplomats in Ukraine and make recordings that can be used to compromise or embarrass those officials.

Taylor described the incident in his opening statement at the public impeachment hearing, explaining that a member of his staff who had accompanied Sondland to a meeting with a senior Ukrainian official and then the restaurant in Kyiv, the Ukrainian capital, was the one who overheard Trump.

That cellphone call took place on July 26, one day after Trump had pressed Ukrainian President Volodymyr Zelensky to do him the “favor” of boosting right-wing conspiracy theories about Biden and other Democrats by opening criminal investigations on them.

At the time, Sondland was leading the secret effort directed by the president’s personal lawyer, Rudy Giuliani, to get Zelensky to announce investigations of both Burisma — a Ukrainian gas company that once employed Biden’s son Hunter — and supposed meddling in the 2016 election by Ukrainian officials to undermine Trump.

Sondland told Ukrainian television that day that he “had a great lunch with my team, but before that I had a wonderful, hour-long meeting with President Zelensky — that followed on the heels of his telephone call yesterday with President Trump.” Photographs of the meeting that day between American diplomats and Zelensky show that Sondland sat directly across the table from the Ukrainian president, appearing to be the head of the delegation.

After the hearing, the embassy staff member who overheard the call was identified by NBC News as David Holmes, a counselor for political affairs at the U.S. Embassy in Ukraine. Earlier on Wednesday, Holmes was summoned by the House impeachment inquiry to give non-public testimony — a deposition now scheduled for Friday. That means Sondland will not know what Holmes said about the call when he testifies in public next week.

On Thursday, The Associated Press reported that a second embassy official who was in the restaurant also “overheard President Trump’s call with Sondland about need for Ukraine investigations.” The second official sitting at the table was identified by The A.P. as Suriya Jayanti, a foreign service officer based in Kyiv.

Jayanti was scheduled to be deposed by House impeachment investigators in a closed session last month, but her appearance was canceled because of the funeral for former House Oversight Chair Elijah Cummings and has not yet been rescheduled.

Taylor said that he and Kurt Volker, who was the U.S. special envoy to Ukraine at the time, were not present at the restaurant because they were visiting the front line between Ukrainian troops and Russian-backed separatists. Sondland and Taylor have testified that Trump withheld nearly $400 million in U.S. aid to Ukraine’s military to extort a promise from Zelesnky to go on CNN and announce the investigations of his political rivals.

Trump’s appalling operational security is notable because, during the 2016 presidential campaign, he frequently accused Hillary Clinton of having committed a crime and compromised national security by using a private email account as secretary of state. Since taking office, however, Trump has reportedly continued to make calls on his iPhones, even after warnings from American intelligence officials that Russian and Chinese spies are regularly eavesdropping on his calls.

Last Updated: Thursday, Nov. 14, 12:30 p.m. ET
This article was updated to reflect new reporting that identified the American diplomat who overheard President Trump ask Gordon Sondland if Ukraine was willing to pursue “the investigations” he had demanded. On Thursday, The A.P. reported that at least one other American embassy official also overheard the conversation in the restaurant.