New Legislation Aims to End the “School to Confinement Pathway” 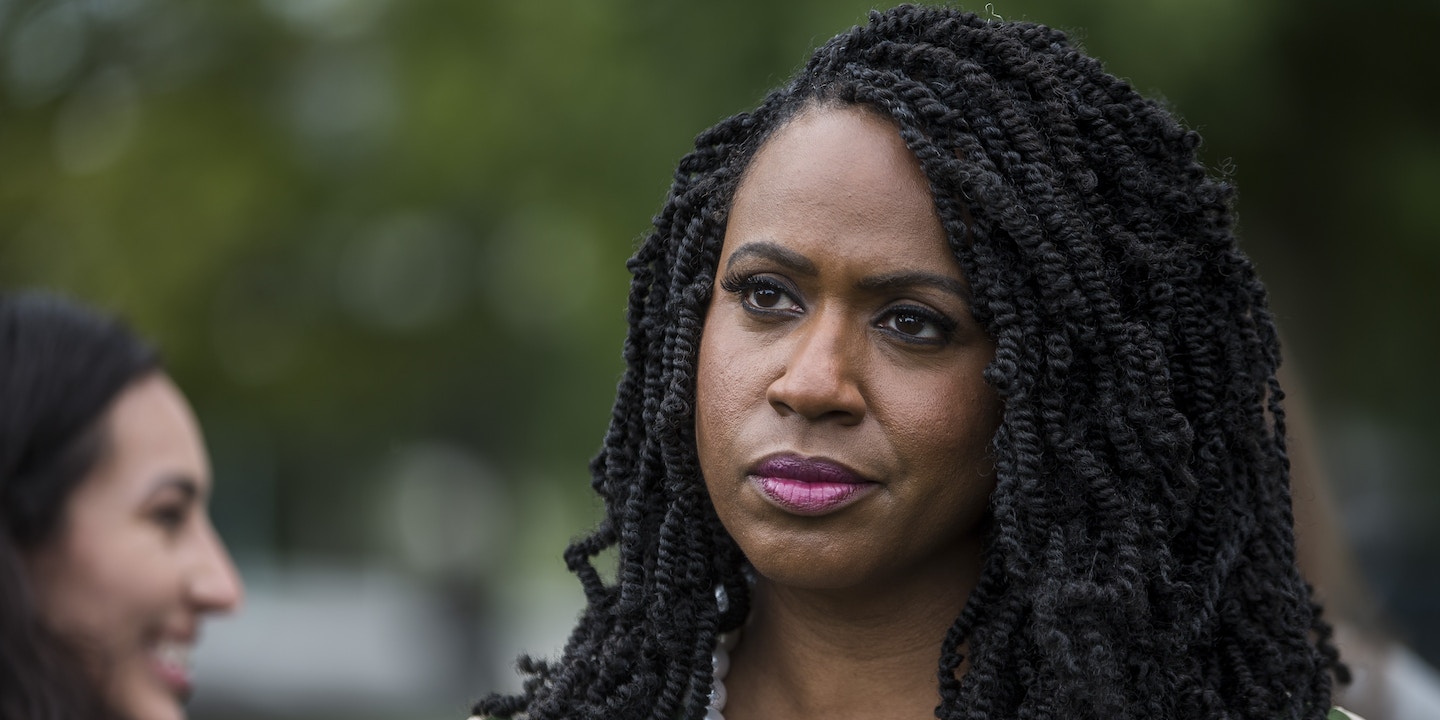 The bill offers incentives to states and schools that commit to ban most suspensions and expulsions, as well as corporal punishment and the physical restraint of students. It also allots resources to the Education Department’s Office of Civil Rights at a time when the Trump administration has worked to gut it, and establishes an interagency task force to end school pushout policies and examine their impact on girls of color, who are disproportionately penalized by current disciplinary policies. The bill, co-sponsored by Rep. Ilhan Omar of Minnesota and endorsed by more than a dozen community organizations, is the first to follow Pressley’s People’s Justice Guarantee, a comprehensive resolution introduced last month that maps how the federal government can tackle the injustices of the criminal legal system through a sweeping set of policies.

Schools have often served as young people’s first point of contact with the criminal justice system, and many students have seen their education disrupted by suspensions and expulsions. In recent years, viral videos of school-based police officers brutally tackling, dragging, or slamming to the ground black and brown children over minor disciplinary infractions have underscored the pervasiveness of school policies that criminalize and traumatize students. But to date Congress has done little to address such policies.

The Ending Punitive, Unfair, School-Based Harm that is Overt and Unresponsive to Trauma Act would establish $2.5 billion in new federal grants for schools that commit to a set of measures aimed at overhauling the ways schools handle discipline. Schools receiving grants would have to agree to rewrite their discipline policies and include students, families, and communities in the process. They would have to commit to train educators in restorative practices and trauma-informed approaches, and invest in counselors, social workers, and mental health professionals rather than police officers. The bill earmarks $2.5 billion more for the Education Department to improve collection of civil rights data and strengthens the capacity of the department’s civil rights enforcement.

“We have to end mass criminalization and punishment of black and brown children in schools,” Pressley told The Intercept in an interview ahead of the legislation’s release.

While most criminal justice policy is determined at the state and local level, Pressley said that the federal government has a responsibility to set the tone, particularly since it was the 1994 federal crime bill that encouraged state and local governments to embrace mass incarceration policies, including by creating a “community policing program” that devoted 750 million dollars to the hiring of school-based police. “If those incentives were in place to promote mass incarceration, then we can also put in place incentives that promote decarceration,” Pressley told The Intercept. “When you say, ‘What can the federal government do?’ This is what we must do, because we created these disparate outcomes.”

Omar said in a statement to The Intercept that in her hometown, Minneapolis, black students are 41 percent of the student population but make up three-quarters of all suspensions. At one middle school in her district, Omar said, African American students were 338 percent more likely to be suspended than their white peers last year. “Punitive approaches to education do not help our children get an education.”

The Ending PUSHOUT Act makes federal grants conditional on schools banning most suspensions and expulsions of children up to fifth grade. It also aims to eliminate suspensions and expulsions over minor infractions like tardiness and absenteeism or violations of grooming and appearance policies that consistently discriminate against students of color.

Grantees would also be required to ban all corporal punishment, which remains legal in 19 states across the country and is disproportionately administered to black students and students with disabilities. If the legislation passes, schools receiving the federal money would not be able to spend such funds on hiring or retaining school-based police. Currently, there are about 20,000 police officers stationed in schools nationwide. These officers, often known as “school resource officers,” or SROs, have been widely blamed for the criminalizing discipline problems in schools.

“In many cases, the mere presence of SROs in these schools can have violent consequences for students of color,” said Pressley.

And as The Intercept has reported, police presence in schools also poses an additional threat to undocumented students, for whom a disciplinary incident in school can trigger deportation. Although schools are not supposed to share information with ICE directly, local police departments often work closely with federal immigration officials, particularly in the absence of sanctuary policies, which means that information gathered by SROs, even if inaccurate, can quickly make its way to immigration officials. The new bill prohibits schools receiving federal funds from using them in any formal or informal partnership with the Department of Homeland Security and Immigration and Customs Enforcement.

The new bill also comes at a time when a seemingly endless string of school shootings has prompted officials to propose arming teachers and expanding digital surveillance of students — policies that critics say do far more harm than good and put the safety of students of color at heightened risk. The proposed legislation would increase resources for schools but prohibit them from using funds for metal detectors or surveillance technology. Instead, the bill would create incentives for schools allocating resources towards suicide prevention programs, behavioral counseling, and school nurses, psychotherapists, and counselors.

“At a time when many are pushing for more punitive measures, like arming teachers and pushing cops into schools and students out of schools, this proposal highlights what we as organizers have been calling for years,” said Dakota Hall, the director of a Milwaukee-based youth group that has rallied to rewrite the city’s racist school discipline code. “I really appreciate the fact that there is funding attached to this so it’s not just a mandate that will not be followed.”

While the proposed legislation aims to change the way schools handle discipline for all students, Pressley emphasized that it was particularly informed by the experiences of black and brown girls.

“This bill provides the context for schools to consider how they can be more responsive to the needs of girls of color, who are disproportionately experiencing exclusionary discipline like suspensions and expulsions,” said Monique W. Morris, a scholar whose research on the criminalization of black girls in schools was instrumental to the legislation.

As The Intercept has previously reported, black girls have been particularly impacted by discriminatory school discipline. Black girls are seven times more likely to be suspended than white girls, and four times more likely to be arrested in school. And the discrimination starts early. In preschools, where fewer than 20 percent of girls are black, they account for more than half of all school suspensions. Black girls are the most represented population in each of the nine disciplinary categories the Education Department tracks.

“As a black woman, I know what it’s like to have your body criminalized, and what truly saddens me is how it has been done to us as soon as we take our first breath, as soon as we try to pursue education,” said Joya Headey, who organized to challenge Milwaukee’s school discipline practices when she was in high school. “Policing of black girls in schools is a big issue and the fact that this bill is working to be passed to hopefully fix or diminish this issue is very heart warming.”

The disparities don’t end in school: Black girls, in particular, are also disproportionately vulnerable to extreme poverty and poor access to health care, as well as domestic and sexual violence. And black women are incarcerated at three times the rate of white women, largely over nonviolent drug- or property-related crimes. The criminalization of poverty, trauma, and abuse often starts with school policies that fail to support students and instead penalize them for minor infractions like tardiness or talking back to teachers. Black students are also disproportionally penalized for violating school dress and grooming codes that are inherently racist.

“This is especially true for black girls who have layered on top of that trauma the embedded prejudices and biases about how they are seen,” said Pressley, pointing to the examples of black girls being penalized for “distracting” hair styles, or for wearing “provocative” gym shorts when their white classmates wear the same clothing.

“They are rarely seen as girls, as children,” Pressley said. “Our girls have been completely lost in this conversation of mass incarceration, of criminalization,” she added. “To me, on a very basic level, I’m defending their childhood. I’m defending their girlhood.”