Even Hunter Biden Admits His Work in Ukraine Was a Mistake. Why Can’t His Father Say That?

Biden’s bizarre claim that “no one has said my son did anything wrong” in Ukraine reveals an inability to accept that legal behavior can also be unethical. 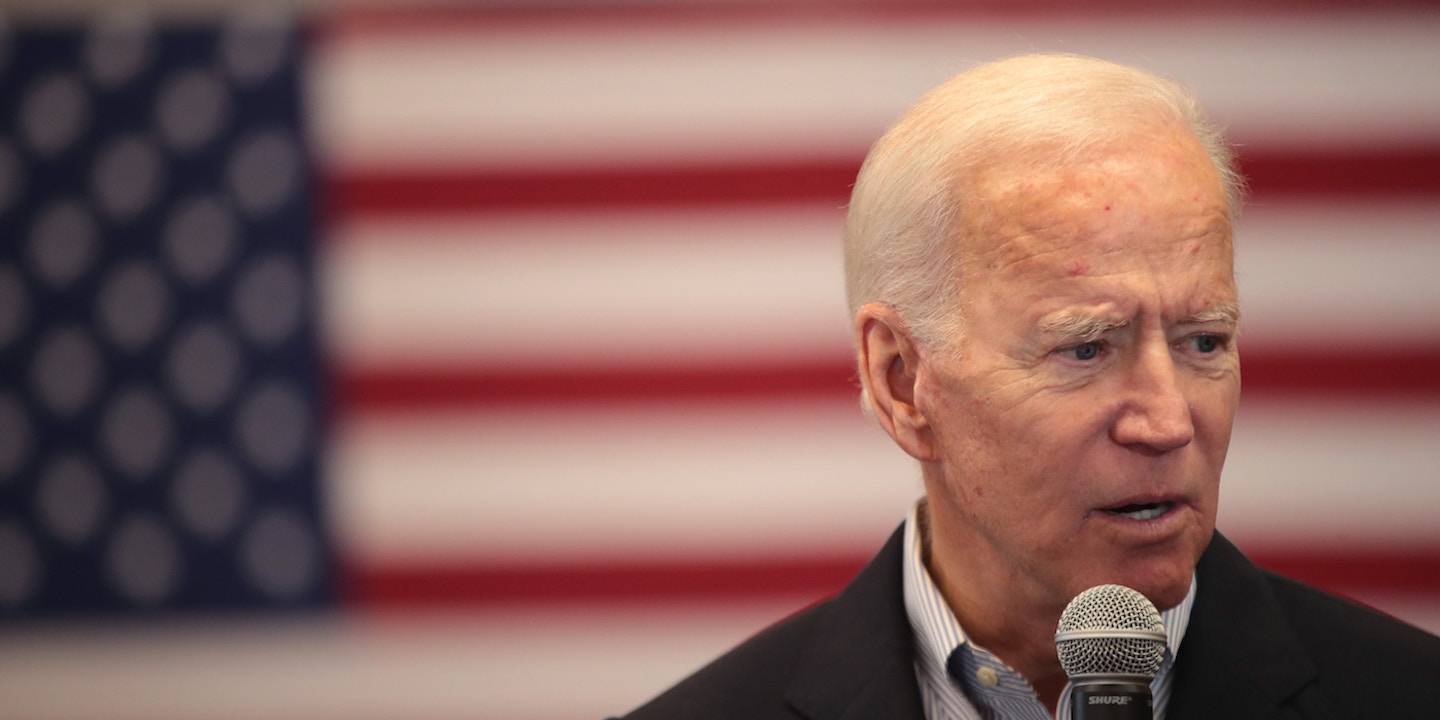 There is no doubt that Joe Biden was provoked at town hall in Iowa on Thursday, when he called a voter “a damn liar” for leveling the false charge that the former vice president had arranged for his son to get a job on the board of a Ukrainian energy company in 2014.

WATCH: A tense exchange with a voter at ?@JoeBiden?’s event in New Hampton, IA this morning, where a voter started out by telling Biden he had two problems with him: he was too old, and his son’s work in Ukraine pic.twitter.com/ok7m0ShFPd

Biden also heatedly scolded the voter — “Get your words straight, Jack!” — when the man tried to retreat from the accusation that the Democrat had abused his power.

Video of the exchange went viral as it was shared by Biden’s critics on both the right, where it was used to question his temperament, and the left, where the incident was added to an increasingly long list of times the candidate has yelled at voters who challenged him.

Thread. Biden is easily thrown off his game & baited into yelling at voters, including telling them to vote for someone else. His campaign is a joyless slog. If you think that after another year of this, people will turn out for him in the numbers we need to beat Trump...???? ???? ???? https://t.co/ePsU1Ws1Nb

Biden’s irritation is not hard to understand, since Republicans, led by President Donald Trump and his political fixer, Rudy Giuliani, have spent the past seven months lying that Biden had a Ukrainian prosecutor fired in 2016 to derail an investigation of the energy firm that put his son Hunter on its board.

In fact, by getting a prosecutor who refused to pursue corruption cases removed, Biden made it more, rather than less, likely that the oligarch who employed his son would be subject to prosecution.

But another part of Biden’s answer, his bizarre claim that “no one has said my son did anything wrong,” deserves more attention. This sweeping denial suggests that the former vice president is still unwilling to accept what even some of his supporters have admitted: that his son did something legal but unethical by taking money to help launder the reputation of a corrupt Ukrainian oligarch.

The answer Biden gave on Thursday echoed his reply to a question about his son’s work in Ukraine in the Democratic presidential primary debate in October, when he was asked by Anderson Cooper about his announcement “that if you’re president, no one in your family or associated with you will be involved in any foreign businesses.”

“My question is,” Cooper asked Biden, “if it’s not OK for a president’s family to be involved in foreign businesses, why was it OK for your son when you were vice president?”

Biden’s inability to craft a better answer to questions about his son’s work in Ukraine is particularly striking because Hunter Biden himself admitted in October that it was “a mistake, in retrospect” for him to have accepted a seat on the board of Burisma Holdings, a company controlled by a former minister in the corrupt, pro-Russian government of Ukraine that was toppled in a popular uprising in 2014.

Hunter Biden himself admitted that it was “a mistake, in retrospect” for him to have accepted a seat on the board of Burisma Holdings.

The idea that the younger Biden being on the board of a Ukrainian company whose owner, Mykola Zlochevsky, was suspected of corruption might be a problem for the anti-corruption drive led by his father occurred to other U.S. officials at the time. George Kent, a State Department official who worked on anti-corruption efforts in Ukraine, testified to the impeachment inquiry last month that he had expressed concern to the vice president’s staff, in February 2015, that Hunter Biden being on the board of a Ukrainian gas company “could create the perception of a conflict of interest” that would undermine the anti-corruption effort.

“The message that I recall hearing back was that the vice president’s son, Beau, was dying of cancer,” Kent said, “and that there was no further bandwidth to deal with family-related issues at that time.”

Amos Hochstein, the Obama Administration’s envoy for energy policy, told The New Yorker earlier this year that he had raised the matter with Biden ahead of the then-vice president’s trip to Ukraine in December 2015. The same month, my colleague James Risen reported in the New York Times that experts on Ukraine feared that Hunter Biden’s employment by Burisma could “undercut” his father’s anti-corruption drive and feed the perception in other countries that American politicians “are hypocritical about these issues.”

Speaking to ABC News last month, Hunter Biden admitted that Burisma would “probably not” have hired him in the first place had he not been the son of the vice president at the time.

Still, the younger Biden refused to accept that it was wrong for him to knowingly profit from the expectation that he might have influence over his father. “Did I make a mistake? Well, maybe in the grand scheme of things, yeah,” he said. “But did I make a mistake based upon some … ethical lapse? Absolutely not.”

He went on to say that he had been at fault only for failing to anticipate that his father’s Republican opponents would one day lie about the perceived conflict of interest created by his work in Ukraine, which took place while his father was leading an anti-corruption drive that included the ouster of the country’s failed chief prosecutor, Viktor Shokin.

“I think he should say, ‘as a family, we made a mistake and in retrospect, we shouldn’t have done that,’ and move on,” an Iowa voter told Politico.

In an interview with Telemundo broadcast Thursday night, the elder Biden issued more blanket denials. “Not a single person’s ever suggested there’s anything I did that was anything other than completely in the interest of the United States of America and our European allies,” he told Telemundo reporter José Díaz-Balart, once again using a kind of shorthand to say that no one with any credibility or evidence has accused him of wrongdoing.

His son’s business entanglement in Ukraine “may have looked bad but wasn’t anything wrong,” the former vice president assured Díaz-Balart, adding that there remains no evidence “that he did anything that was illegal.”

Pressed to say whether his son’s behavior might have been legal but still wrong, the former vice president evaded the question and suggested that reporters should focus on the clear evidence of wrongdoing by Trump instead.

Biden’s refusal to admit that his son erred in any way grates even some of his supporters. Sharon Hannen, a 74-year-old Democrat in Cedar Rapids, Iowa, told Politico that the heated exchange on Thursday showed Biden’s “not taking crap.” Still, she said, Biden should accept some responsibility for the consequences of his son’s “poor judgement.”

“I think he should say, ‘as a family, we made a mistake and in retrospect, we shouldn’t have done that,’ and move on,” Hannen said.

Of course, as my colleague Ryan Grim observed in October, even if the Biden family is not as comically corrupt as the Trumps, “a review of Hunter Biden’s career shows clearly that he, along with Joe Biden’s brother James, has been trading on their family name for decades, cashing in on the implication — and sometimes the explicit argument — that giving money to a member of Joe Biden’s family wins the favor of Joe Biden.”

By refusing to admit that his son did benefit from a type of legal but unethical influence peddling that has been common in Washington for decades, Joe Biden risks leading Democrats into another general election in which Trump will be able to once again relentlessly exaggerate a small kernel of truth into a broad indictment of his opponent as a member of an unreformed, corrupt political establishment.