But a review of his campaign disclosure records finds that Pete Buttigieg’s presidential campaign is awash in cash from bank executives. During his first bid for public office, a statewide run for Indiana state treasurer in 2010, Pete Buttigieg argued that accepting contributions from banks, political action committees linked to banks, or bank executives would amount to a “conflict of interest,” and he swore off or, in the latter case, limited such donations to far below the legal limit.

In his bid for president, Buttigieg has gone further in some respects, swearing off all corporate PAC money and pledging to refuse money from executives at fossil fuel companies. But a review of his campaign disclosure records finds that Buttigieg’s presidential campaign is awash in cash from bank executives — many of them heavily involved in financing the fossil fuel industry.

Buttigieg counted among his donors “Ken of Arabia,” the oil financier Ken Moelis, whose firm won the lucrative opportunity to take Saudi Arabia’s government-run oil company public, the largest public offering in history, as well as Dick Fuld, the disgraced former CEO of Lehman Brothers. (After publication, Federal Election Commission records were updated to reflect that the June donation from Moelis was refunded in July, though there are no records for refunds of other Moelis & Co. executive contributions.)

In his 2010 campaign, Buttigieg zeroed in on the problem of banks currying favor with state treasurers, and then reaping lucrative money management contracts later, a practice that is banned in some states, but wasn’t in Indiana. “Very early on in this campaign, I made a decision that I wasn’t going to accept any money from a bank that could be doing business with the state treasurer’s office. I think it creates a conflict of interest. It creates an appearance at the very least that can smell like pay-to-play. It’s not good for the state,” Buttigieg said then.

Though his argument is specific to a treasurer’s race, it’s an echo of the same argument now being made by fellow Democratic presidential candidate Sen. Elizabeth Warren, who has challenged him to release details about his fundraising and open his high-dollar events to the press. “It is even more important that candidates expose possible conflicts of interest right now,” she said recently. “And that means, for example, that the mayor should be releasing who’s on his finance committee, who are the bundlers who are raising big money for him, who he’s given titles to and made promises to.” Under pressure, Buttigieg has promised to release some of that information, but has rejected Warren’s demand that he pledge not to offer ambassadorships to donors.

The parallels between the argument made by Buttigieg in 2010 and Warren in 2019 is clear: A state treasurer has the ability to enter into contracts with banks, making the relationship between the candidate and financial institutions important. A president, though, has broad powers over industries more generally, which is why Buttigieg, Warren, and Sen. Bernie Sanders, and other 2020 candidates refuse corporate PAC donations. Under pressure from climate activists with the Sunrise Movement, most major candidates, including Buttigieg, have also sworn off money from fossil fuel executives as a way of demonstrating their commitment to challenging the industry.

But Buttigieg’s receipt of tens of thousands of dollars from the oil and gas industries via financiers and industry executives skirts the No Fossil Fuel Money pledge, while also running up against Buttigieg’s own campaign pledge from 2010. (That year, Buttigieg wasn’t willing to turn down bank executive money entirely, just limit it: “Somebody who works at a bank, we’re going to hold ourselves to a limit that’s lower than the official limit for what they want to give to my campaign.”)

The 2019 contributions, many of which were first reported by Eyes on the Ties and republished by Sludge in September, don’t technically violate the no-fossil-fuel-money pledge. Still, the South Bend mayor continues to take in campaign cash from the CEOs and top executives of the same private equity firms and hedge funds financing the oil and gas boom fueling the climate crisis. This comes amid mounting scrutiny of his high-dollar fundraisers, which are closed to the press, and past consulting work at McKinsey. (Sludge and the American Prospect also looked into Buttigieg’s contributions from McKinsey alums.)

Senior employees of Moelis & Co. have contributed at least $16,800 to Buttigieg — including its CEO Ken Moelis, or “Ken of Arabia,” as one Financial Times headline called him. In 2017, the oil giant selected Moelis as an adviser for its IPO, poised to be the largest in history. The IPO is “expected to reap billions of dollars for Crown Prince Mohammed bin Salman’s “social and economic reform program,” the Wall Street Journal wrote. “That effort has come alongside a crackdown on the domestic business community and a silencing of political dissent.”

Despite the Saudi government’s unprecedented crackdown on dissent — including the brutal murder of Washington Post contributor Jamal Khashoggi in October 2018 — Moelis was one of several U.S. executives who spoke at the Future Investment Initiative, their annual economic conference. 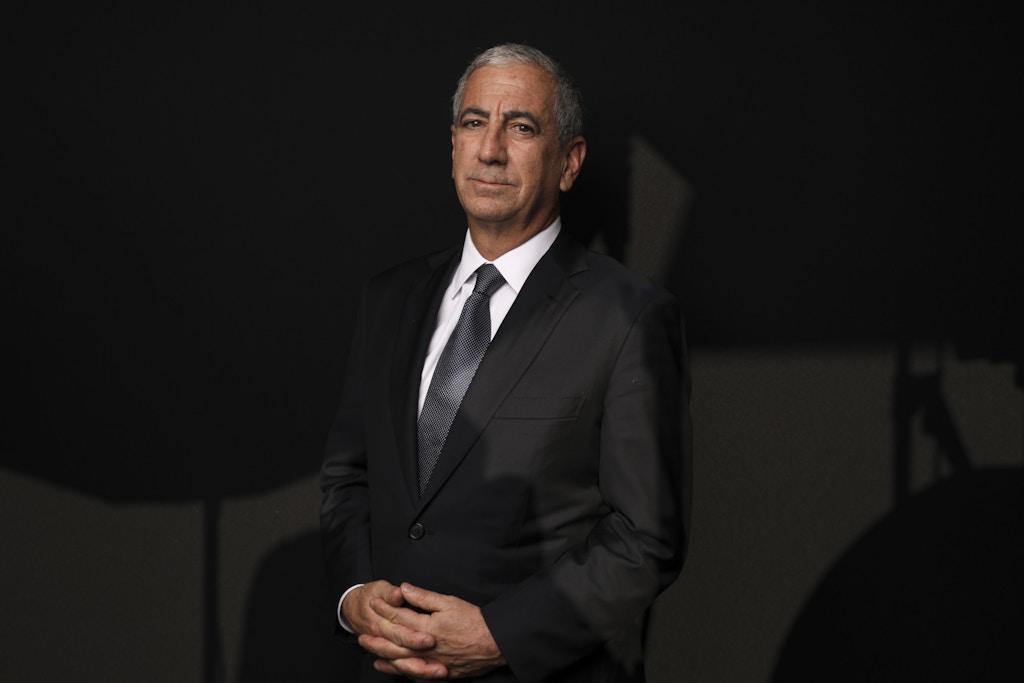 Ken Moelis, founder and chief executive officer of Moelis & Co., on the opening day of the World Economic Forum in Davos, Switzerland, on Jan. 22, 2019.

The Buttigieg campaign has also received maxed out donations from executives at Atlas Energy, a holding company which seems to only invest in fossil fuel operations; Blackstone Group, a major financier of the oil and gas industries; and Elliot Management, a massive hedge fund, among others. Fuld, the former Lehman Brothers CEO and villain of the 2008 financial crisis, maxed out his contribution to Buttigieg in September. So did his wife, Kathy Fuld.

Accepting money from banks “creates an appearance at the very least that can smell like pay-to-play. It’s not good for the state,” Buttigieg said in 2010.

Stephen O’Hanlon, communications director of Sunrise Movement, told The Intercept in a statement that Buttigieg’s campaign has some explaining to do. “Taking money from the same people who caused the climate crisis isn’t the way to win youth voters in this election,” he said. “We have less than ten years to completely transform our economy to prevent the worst impacts of the climate crisis — at the same time that millions of Americans are suffering from skyhigh social inequality — and the last thing we need is a candidate who takes fossil fuel money from millionaires and then lies about doing it.”

He added that young voters are fired up to vote for candidates who “actually give a damn about us” — the kind of energy needed to defeat Trump and his allies heading into 2020. “And one thing that’s definitely not gonna inspire us to turn out is selling out your own generation.”

The No Fossil Fuel Money pledge means that a candidate’s campaign “will adopt a policy to not knowingly accept any contributions over $200 from the PACs, executives, or front groups of fossil fuel companies — companies whose primary business is the extraction, processing, distribution, or sale of oil, gas, or coal,” according to the environmental group’s website. Despite private equity’s role in funding fossil fuel operations, groups like Sunrise haven’t targeted it or included criticisms in their broader rhetoric.

Buttigieg also took in a $13,200 haul from Credit Suisse employees. According to a report detailing major private banks that fund the fossil fuel sector, between 2016 through 2018, Credit Suisse provided over $56 billion in financing for companies across the fossil fuel life cycle. And staffers at Elliott Management, which has investments in oil company Hess Corporation and national gas producer QEP Resources, donated at least $8,500 to Buttigieg’s presidential campaign.

In 2010, Buttigieg saw such contributions as compromising to politicians. “If I had it my way, I would make it impossible to take money from any banks. I think it’s a real compromising — and I think it compromises my banks, too,” Buttigieg said that year, according to The Times of Frankfort, Indiana. The problem it creates for banks, Buttigieg argues, is that each one feels like it has to give to candidates, or they’ll be left out.

He said that he planned to work with the legislature if elected to ban such contributions, The Times reported. “If a bank gives money and then gets state business, it can create the appearance of a pay-to-play situation,” Buttigieg said. “Until we can pass this long-overdue reform, I am going to lead by example and hold myself to this standard, and I invite my opponent to do the same.”

When asked about the contributions and his previous stance on bank money, the Buttigieg campaign told The Intercept in an emailed statement that they “do not accept contributions from registered federal lobbyists, corporate PACs or the executives from the fossil fuel industry.”

“As President, Pete will take urgent action to address the climate change crisis — which is the challenge of our time — and he has put forward a bold plan to build a clean economy and put our country on the path towards net-zero emissions,” the statement continued. “Pete will also enact critical campaign finance reforms to restore faith in our Democracy, including strengthening the FEC and pushing to overturn Citizens United and Buckley v Valeo. Pete made this commitment because he isn’t a part of broken status quo in Washington. He’s the mayor of a town that has seen corporate greed run roughshod over his community, and is running to change the system and move the center of gravity back to people’s lives.”

Last week, Sen. Elizabeth Warren urged Buttigieg to release the names of his high-dollar bundlers — wealthy people who not only donate money, but act as fundraisers, collecting contributions from others — as well as open up his fundraiser to the press, as Joe Biden does. (Neither Warren nor Sanders holds high-dollar events. Michael Bloomberg is his own high-dollar donor.)

Both Warren and Sanders have taken a stand against the bipartisan tradition of presidents handing out ambassadorships to their biggest donors, saying that they would end this pay-for-play practice. Buttigieg hasn’t jumped on board, but he’s also declined to rule it out. “I’ll certainly commit that anybody I appoint to any position will be qualified and somebody who will do a good job serving the United States,” he said in late November.

During a campaign event over the weekend, a student activist asked Buttigieg whether taking big money out of politics includes “not taking money off of billionaires and closed-door fundraisers” in a clip that went viral on social media. “No,” Buttigieg responded before walking away.

Early in his campaign, Buttigieg began releasing the names of bundlers, but then stopped doing so. On Monday, campaign manager Mike Schmuhl announced that “fundraising events with Pete will be open to press beginning tomorrow, and a list of people raising money for the campaign will be released within the week.”

Update: December 11, 2019
This story was updated to include new information from the FEC regarding Moelis’s contribution, which was refunded in September.

Correction: December 11, 2019
A previous version of this article misidentified one of Buttigieg’s donors as Amy Fuld. Her name is Kathy Fuld.