Corbyn Lost in the U.K. and Sanders’s Path Is Daunting at Home. Here’s a Case for Why We Still Need Socialism.

Nathan Robinson’s new book “Why You Should Be a Socialist” lays out a case for socialism based on outrage at our intolerable current condition. 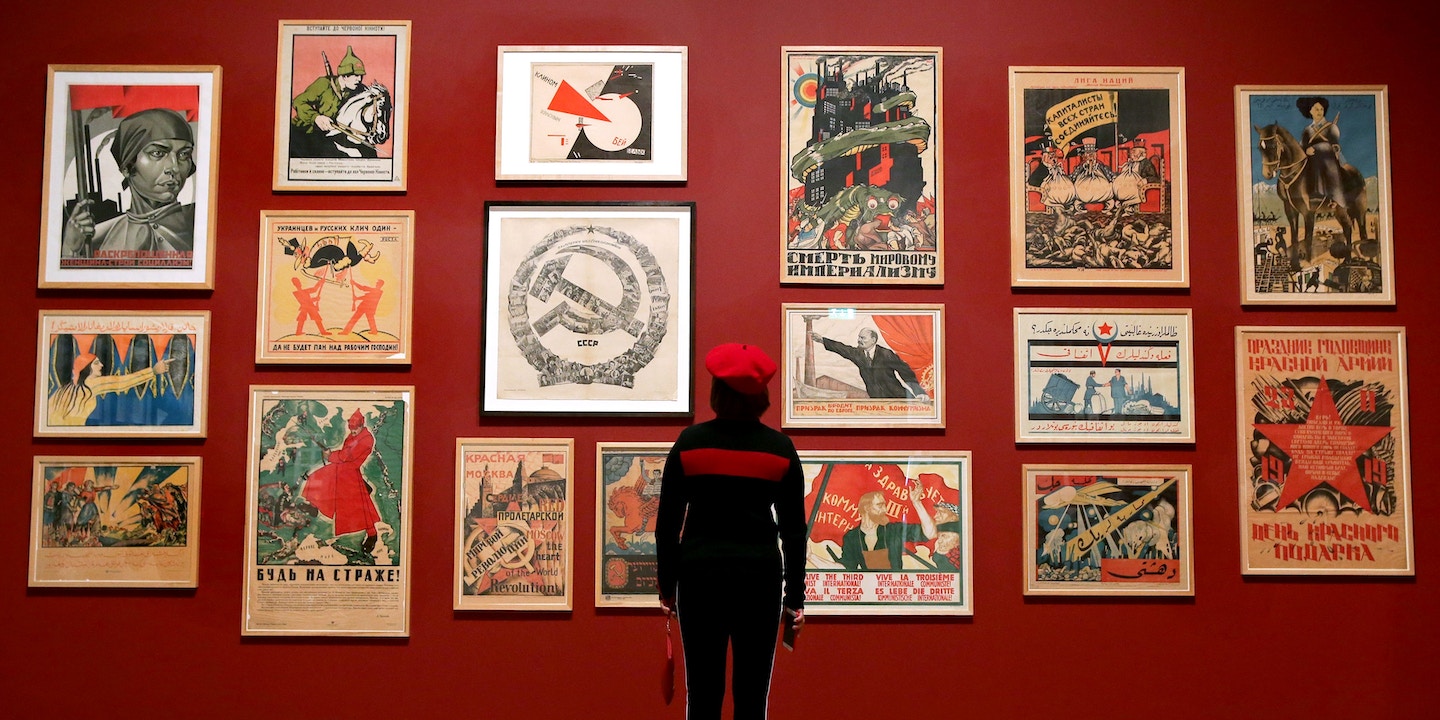 The brutal defeat of the Labour Party in the U.K. election set the media alight with infuriatingly daft analysis. In the U.S., pundits bemoaned that Democrats, after moving too far left, had less chance of taking the U.S. 2020 presidential election. Instead of focusing on the mistakes Labour made, especially in response to Brexit, U.S. pundits forced sloppy comparisons to our imminent Democratic primary races.

Labour leader Jeremy Corbyn’s defeat sparked heated debate over what it could mean for the Bernie Sanders campaign. Why? They both are avowed socialists who have inspired a movement of young people. Despite Corbyn’s abysmal approval rating heading into the election, voters ages 18 to 34 overwhelmingly turned out for Labour. In the 2016 Democratic primaries, Sanders dominated the youth vote. New polling suggests that he is still the top choice for those under 45.

It is undeniable that young socialists, optimistic following the gains of 2017, lost big in the U.K. election. It is a devastating result for them — for those who care deeply about other human beings and the environment. And the chattering classes in the U.S. are warning that it could happen again if Sanders takes the Democratic nomination in 2020. For some, more despair looms. Britain’s Prime Minister Boris Johnson, left, and Labour Party leader Jeremy Corbyn walk through the Peers Lobby to listen to the Queen’s speech during the State Opening of Parliament at the Houses of Parliament in London on Dec. 19, 2019.

A new book by Nathan Robinson, the editor of leftist magazine Current Affairs, warns against this despair. In “Why You Should Be a Socialist,” Robinson knows that it seems like socialism is losing, but he has a case to make nonetheless: “In this book, I want to convince you that everyone should join the political left and identify themselves as a democratic socialist.”

Robinson’s writing is trustworthy and genuine; he lets the reader know his intentions and how he sees the fundamentally unequal and undemocratic world around him. A reader who is already on the left will vigorously nod their head. Readers from other political persuasions, if they hear Robinson out, will learn about what injustices motivate the left, and why socialism isn’t what they think it is.

In an interview, Robinson admitted that Corbyn’s defeat was devastating, but he still wants socialists to keep their heads up. “The thing to remember, of course, is that the left usually loses,” he said. “And every fight is a long fight. The [National Health Service], the greatest accomplishment of the British left, took decades. And so this is the beginning. We actually should be amazed that a socialist led the Labour Party for as long as he did, and we need to go back and learn the lessons, figure out a good agenda, and get ourselves ready for the next phase of the struggle.”

Robinson’s book seeks to chart a course for that struggle, in part by attempting to make “depressing” leftists more likable. Refuting the common conservative “bleeding-heart liberal” smear, Robinson writes that “people’s hearts should bleed more!” By drawing out common issues of inequality that affect, well, everyone who isn’t a billionaire, his arguments for rethinking the blind embrace of capitalism leave little room for rebuttal. His book is not dedicated to bogging readers down with tedious terminology and economic jargon; instead, Robinson talks about the way the world should be. One moment in the book invites readers to do the same: “An exercise: Imagine your own utopia. Tell us what you see in it.” 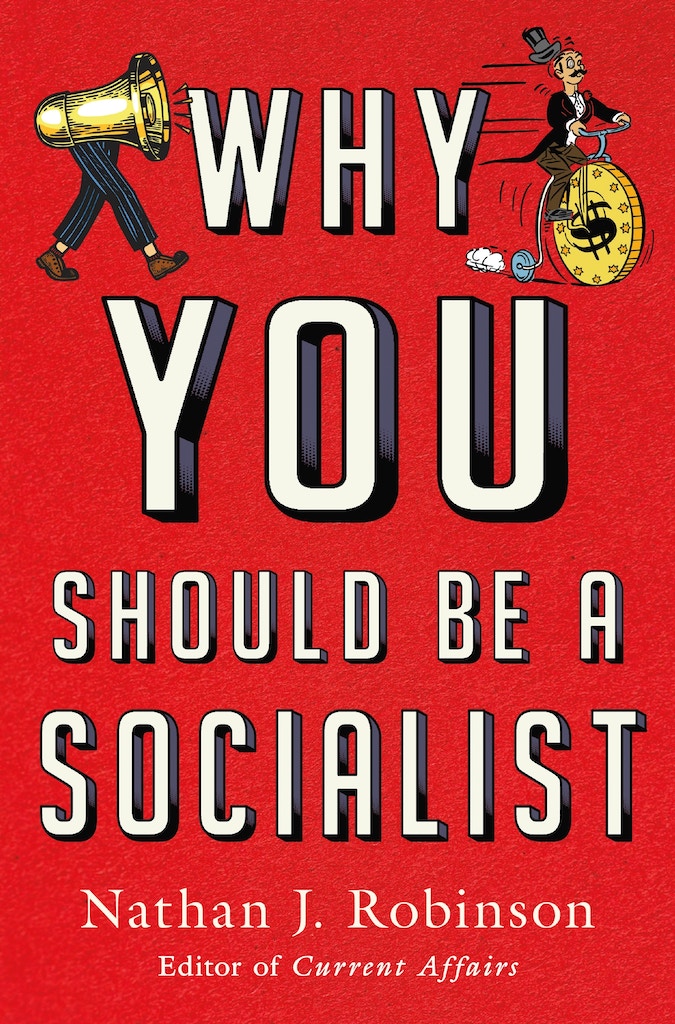 A core argument is that collective solidarity raises us all up, while individual greed and personal gain above all has brought us to our current reality. Gently explained is how the conservative ideology ultimately leaves people with “minds that are unmoved by the pain of others.”

Most of all, “Why You Should Be a Socialist” is a plea to carefully observe and find outrage for how an elite few have such incomprehensible wealth, when most of us have so little. With the ubiquity of the large corporation and labor unions on decline, all we have left is outrage: This answers the “why” of Robinson’s title.

In early 2016, Robinson, writing for Current Affairs, the then year-old magazine of “politics and culture” that he started, predicted that if the Democrats didn’t run Sanders as the Democratic nominee, Trump would win the election. Since then, his exhaustive columns — like that recent Pete Buttigieg takedown — have garnered much attention. The acclaim has been accompanied by predictable notice of Robinson’s absurdities and eccentricities, like his penchant for pink and his is-it-or-isn’t-it-real British accent. I have known Robinson for over a decade and the accent is real. He’s never changed, and I hope he never does.

Indeed, his embrace of the absurd and his ability to tap into awe are exactly what drive his latest book on socialism. It sounds odd to say, but his childlike marvel at creatures like manatees or seahorses allows him to explore an incredulous viewpoint for how such injustice can exist. It needs to be seen to be understood, but take, for example, that “Why You Should Be a Socialist” includes a picture of a seahorse as a mental break before Robinson reluctantly deals with the term “neoliberalism.”

Those sorts of endearing, if strange, digressions serve Robinson well in his pursuit of criticizing capitalism in an America where grave injustices are met with no empathy. To explain the movement to those who are not already indoctrinated into socialist politics, Robinson told me, being emotional is the point. “I talk about how a lot of left politics is motivated by feeling what we think are quite rationally justified emotional extremes. That is to say, when you see a deep injustice, you feel a real boiling sense of rage that is proportionate to what that injustice deserves,” Robinson said. “Socialists often sound so angry because we are so frustrated that so much of this is avoidable.”

It is fitting that the site of the 2020 Democratic convention will be in Milwaukee as an openly socialist candidate returns for another chance at the nomination. In his chapter on socialism in America, Robinson hammers home on the historical significance of the city for American socialism: In the early 20th century, three Milwaukee mayors were socialists, with one, Daniel Hoan, serving for 24 years until 1940. The point is that socialism has already thrived in America. “Milwaukee did not turn into a bleak and bloody revolutionary nightmare,” Robinson points out. In 1936, Time magazine declared that “Milwaukee has become perhaps the best governed city in the U.S.”

Another important point Robinson makes is to divorce American socialism — in its past and present iterations — from associations with “Evil Soviet Socialism” and all the issues plaguing today’s socialist Venezuela. These examples abroad have little to do with today’s socialist movement in the U.S. — or its history. Instead of the repressive gulags and authoritarian rule, Robinson shows how U.S. socialist history is one of “labor agitators and intellectuals … who developed the idea that everyone was equally entitled to a dignified life.” Today’s socialism, then, is fighting an uphill tide: American labor unions are critically weak, numbers have been falling steadily since the 1980s, and the Democratic Party mostly sticks to transactional approaches to union leadership, not full-fledged support of their rank and file. “If you turn on teachers and their unions — as the Obama administration did, it had a very pro-charter, anti-union education agenda — ultimately, teachers are not going to feel very loyal to the Democratic Party anymore,” Robinson told me. “And that is now really a core feature of the Democratic Party in Congress, and is what Bernie Sanders is trying to undo.” Sanders has made labor unions central to his platform and is aiming to significantly expand union membership. 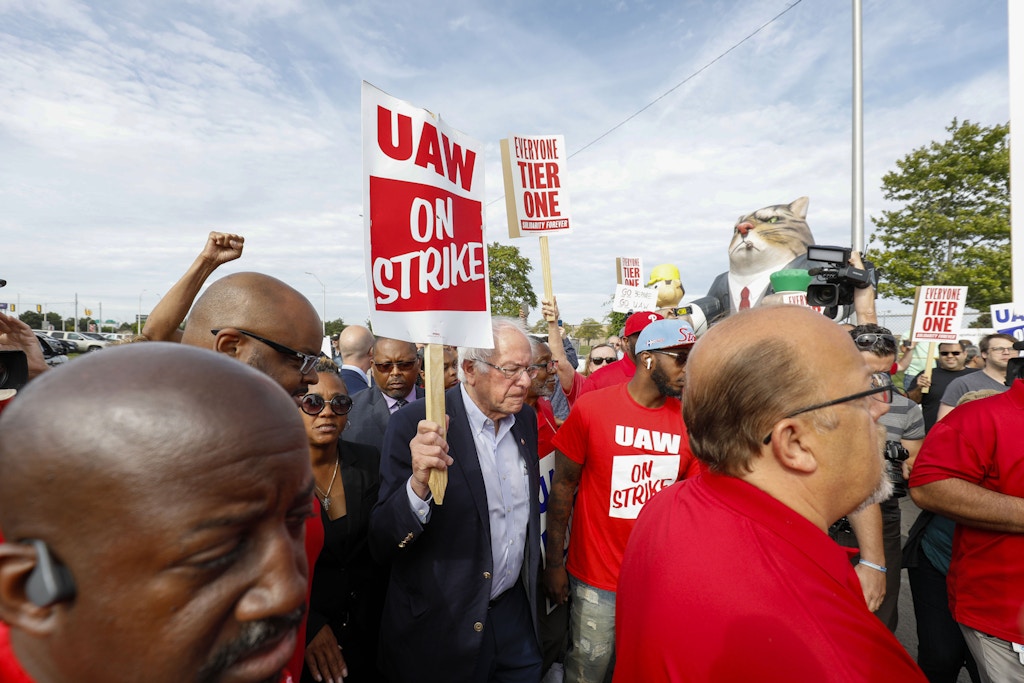 It’s too soon to tell if democratic socialist Sanders will be up against President Donald Trump for the 2020 election, but certainly his socialist agenda has powerful enemies. Some of the tactics that emerged against Corbyn — such as anti-Semitism smears — are rearing their head in the primary. Despite being a vociferous Sanders supporter, however, Robinson’s quest will go on regardless of whether Sanders wins the Democratic nomination or the general election.

“The democratic socialist creed is the belief not only that things ought to be better, but that they must be better,” Robinson concludes his book. “Regardless of whether we stand a chance at succeeding, we are committed to doing our damnedest to revolt against intolerable conditions.”

What makes “Why You Should Be a Socialist” so persuasive is its focus on those intolerable conditions. You won’t find facts or figures, but rather its impassioned appeals.

One of the book’s shortcomings may be reflected in its title: What conservative would be caught dead walking around with a bright red book with bold print declaring “Why You Should Be a Socialist”? There’s little doubt that Robinson is genuine in his attempt to reach skeptics, but just about any Fox News viewer is liable to toss the book into the nearest fireplace without cracking its spine. Instead, Robinson’s book might be best received among those already flirting with socialist values. Among nominal liberals shocked by American decay, but without a place to turn — think about a liberal, Democratic relative who is intrigued by Medicare for All, but might ask “What is ‘Democracy Now’?” at the Christmas dinner table — Robinson’s book could win some converts.