Pete Buttigieg spent the weekend justifying his obfuscation on a debate question about racially disproportionate marijuana arrests in South Bend. 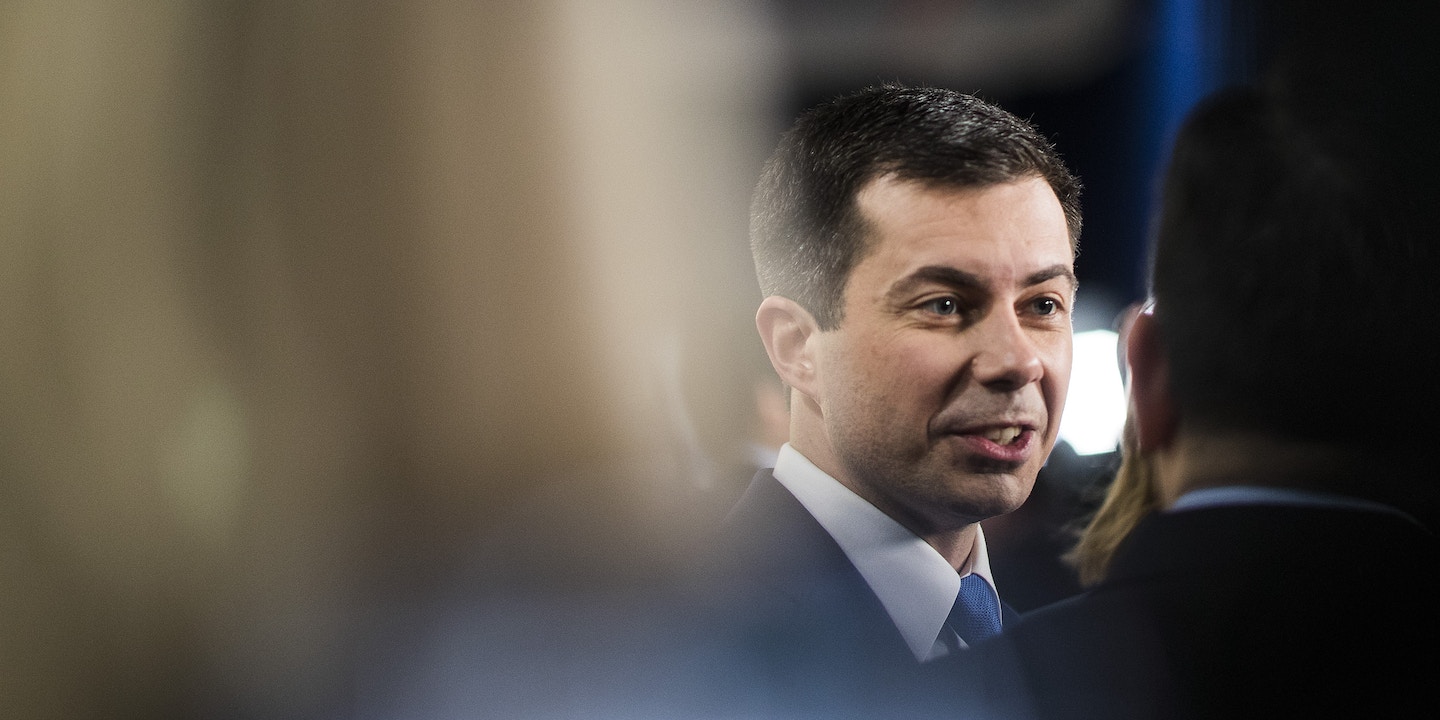 During the eighth Democratic presidential debate on Friday in Manchester, New Hampshire, Pete Buttigieg obfuscated his administration’s record on arresting local black residents for marijuana possession. The issue was raised by Linsey Davis, an ABC correspondent and debate moderator, who asked the former South Bend, Indiana, mayor to explain the increase under his police department of arrests of black people for marijuana possession.

“Under your leadership as mayor, a black resident in South Bend, Indiana, was four times more likely to be arrested for marijuana possession than a white resident,” Davis said, invoking statistics first reported by The Intercept. “Now, that racial disparity is higher than the rest of the state — in fact, it’s higher than the rest of the nation — and that disparity increased in South Bend after you took office. When talking about the problem on national terms, you’ve called it ‘evidence of systemic racism.’ You were mayor for eight years, so weren’t you, in effect, the head of the system? And how do you explain that increase in black arrests under your leadership?”

Buttigieg obfuscated, responding with statistics that didn’t address Davis’s question and avoiding the racial disparity on pot arrests. “Well, the reality is, on my watch, drug arrests in South Bend were lower than the national average. And specifically to marijuana, lower than in Indiana. But there is no question that systemic racism has penetrated to every level of our system, and my city was not immune. I took a lot of heat for discussing systemic racism with my own police department. But we’ve got to confront the fact that there is no escaping how this is part of all of our policies,” he said. “It’s great that everybody’s so enlightened about drug policy now when it comes to opioids, but where were you when it came to marijuana, where were you when it came to the crack epidemic in the 1990s?”

Davis reiterated her original question, pressing him to answer in a way moderators in previous debates have shied away from. Buttigieg began to respond by saying, “And again, the overall rate was lower than the national rate.”

Then Davis cut him off to make a correction: “No, there was an increase,” she said. “The year before you were in office, it was lower. Once you became in office in 2012, that number went up. In 2018, the last number year that we have record for, that number was still up.”

Buttigieg seemed to concede Davis’s point and pivoted to blaming the elevated pot arrests of black people on “gun violence and gang violence.”

“One of the strategies that our community adopted was to target when there were cases where there was gun violence and gang violence, which was slaughtering so many in our community, burying teenagers, disproportionately black teenagers. We adopted a strategy that said that drug enforcement would be targeted in cases where there was a connection to the most violent group or gang connected to a murder,” Buttigieg said.

The subtext of Buttigieg’s remark harkened back to an old trope of tough-on-crime politics: that black people commit more crimes.

The Buttigieg campaign sent out a fact check following the exchange over Davis’s question, saying black residents in South Bend were less likely to be arrested for pot than in Indiana overall. The campaign did not address Davis’s question as to the racial disparity — the fact that Buttigieg’s administration not only continued to arrest black people at higher rates than white people for the same thing, but that it got worse under his watch. The campaign added that during Buttigieg’s second term, black people in South Bend were arrested for marijuana possession at a rate lower than the national average — again failing to address Davis’s question about the disparity between white and black residents for the same crime.

The campaign was still doing damage control over the weekend after the debate, reaching out to South Bend police for information and distributing that, along with a spreadsheet, to reporters. Buttigieg himself appeared on two Sunday political talk shows.

“As a result of the change in classification, the number appeared to increase because the department began reporting marijuana possession for people who were arrested and charged with other crimes.”

After discussing the spike in arrests of black residents for marijuana possession with the police department, the campaign suggested that one possible explanation for the spike was a 2018 change in FBI reporting guidelines, and not an actual increase in arrests. At the time, local outlet WNDU reported the “new system will collect more information about each incident, potentially giving the appearance of an increase in crime.” Overall drug arrests decreased in South Bend consistently from 2010 to 2016, jumped in 2017 — the year before the reporting change — and more than doubled in 2018. Marijuana possession arrests in South Bend decreased from 245 in 2008 to 107 in 2017, spiking to 284 in 2018. The campaign said that in the past when officers arrested people on other drug charges, if they had marijuana on them, they might not always report it.

“In 2018, the police department changed the way it classified crimes, switching to the National Incident-Based Reporting System (NIBRS),” campaign spokesperson Sean Savett said in a statement. “As a result of the change in classification, the number appeared to increase because the department began reporting marijuana possession for people who were arrested and charged with other crimes.” The racial disparity in those arrests persisted though, and in some cases got worse. The campaign also said marijuana arrests were not the focus of the police department.

The Intercept reported in November that after Buttigieg took office in January 2012, and during his eight years as mayor, the city’s black residents were four times as likely to be arrested for marijuana possession than white residents. The year before he came into office, black people were closer to 3.3 times more likely to be arrested for marijuana possession, which increased to more than a fivefold disparity by 2017, according to data from the FBI. South Bend’s population is around 63 percent white and 26 percent black.

In 2012, Butttigieg’s first year in office, the national arrest rate for marijuana possession among black people was about three times higher than the rate for white people. In Indiana, the rate was closer to 3.7. In South Bend, black people were 4.8 times as likely as white people to be arrested for the same thing.

Over the weekend, Buttigieg appeared on Sunday talk shows, telling CNN’s “State of the Union”: “All of us are implicated in these problems, and I take responsibility for everything good, bad, and indifferent that we did in our city. But I also take responsibility for the fact that arrest rates for black residents in my city on drug charges are lower than in the state and around the country. But look, that doesn’t get any of us off the hook.”

.@PeteButtigieg to @jaketapper on his crime record: "I take responsibility for everything." #CNNSOTU https://t.co/V0oNyA9FsC

In its initial campaign response, the Buttigieg campaign generally blamed racial disparities in marijuana arrests on pot criminalization and systematic racism. The campaign noted Buttigieg’s Douglass Plan to address systemic racism, along with proposals to decriminalize marijuana possession and retroactively reduce sentences for incarcerated people who were charged for pot.

Buttigieg’s repeated responses in the exchange with Davis point to a major weakness for his campaign, as evidenced by repeated protests by Black Lives Matter activists at various events on the trail. The damage was palpable during the debate itself, both in Davis’s correction and her follow-up directed to Buttigieg’s rival Sen. Elizabeth Warren, D-Mass. “Sen. Warren,” Davis said, “is that a substantial answer from Mayor Buttigieg?”