Pete Buttigieg Says He Wants to Repeal Trump’s Tax Law, but He’s Heaped Praise on a Controversial Aspect of It

As mayor, Buttigieg supported so-called opportunity zones, which are meant to revitalize low-income areas but in practice accelerate gentrification. 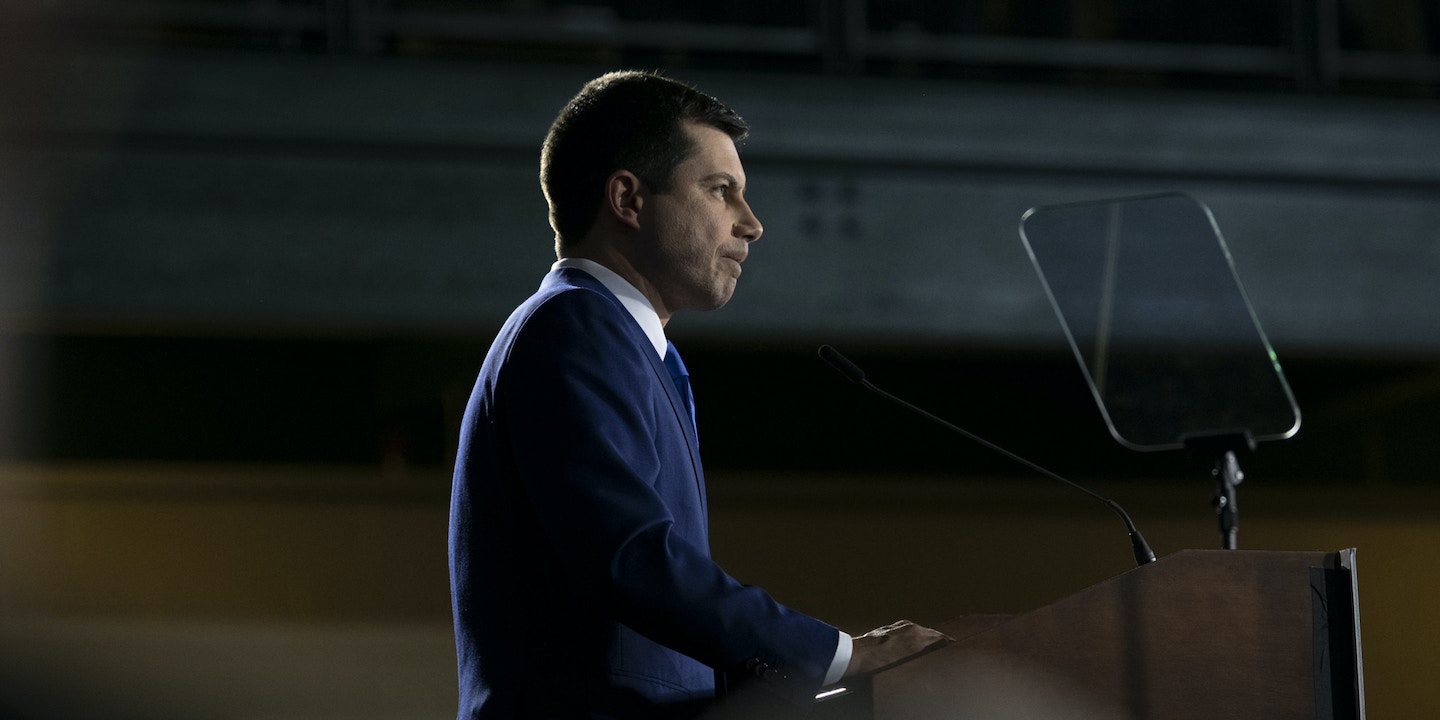 Former South Bend, Indiana, Mayor Pete Buttigieg has called for the repeal of Donald Trump’s 2017 tax law, but he has repeatedly praised one fixture of it: a federal tax break program that was supposed to revitalize impoverished communities but instead enriched the wealthy and politically connected. The so-called opportunity zone program is the latest version of a decades-old idea that luring businesses into lower income areas, with massive tax breaks and subsidies, will spur revitalization. In practice, it helps investors accelerate gentrification and further consolidate their wealth while displacing poor communities and communities of color.

Last month, Buttigieg called for a repeal of Trump’s 2017 tax reform, which largely benefited profitable corporations and the wealthiest 1 percent, to help pay for his $1 trillion infrastructure plan. During an interview with the New York Times editorial board, Buttigieg described his proposal as a “wholesale” rollback of the tax cuts with a “special focus on what’s going on in the corporate-rate tax cut.” His statements on the repeal did not specifically address the opportunity zone program — which he heaped praise on as mayor and helped bring to South Bend, where he served as mayor until the beginning of this year.

In a 2018 op-ed for Accelerator for America, the former mayor described opportunity zones as “inclusive economic growth,” saying they have the potential to “tremendously improve” areas of South Bend. “As we further experiment with new ideas and refine our approach to economic development, we hope other cities can learn from ideas that have succeeded in South Bend, and vice versa,” he wrote. His support for opportunity zones has not previously been reported on.

“Now — perhaps more than ever — cities have to lead for their own people, and have to engage with each other to create progress at scale. The end result, we believe, will be a faster and more inclusive pattern of growth and, yes, opportunity for all South Bend residents.”

Indiana’s Republican Gov. Eric Holcomb nominated areas of South Bend to become opportunity zones in 2018, and all seven, which included parts of the city’s south, southwest, and east sides, were approved. “Pleased that several South Bend locations have been nominated by @GovHolcomb as Opportunity Zones,” Buttigieg tweeted at the time. “We will work hard to make the most of investment possibilities that this opens up.”

Buttigieg also attended a 2018 forum hosted by Accelerator for America, where he discussed opportunity zones in South Bend, and partnered with the group to co-lead their “Opportunity Zones initiative, according to a press release.

Though the final decision on which areas of the city to nominate for opportunity zones came from the governor’s office, Buttigieg advocated for investment in areas that were already developed, like the University of Notre Dame and Ignition Park, rather than communities that needed it, according to former South Bend Common Council Member Regina Williams-Preston, who was on the council until 2019.

“That’s one specific policy decision that I feel like his administration really could have looked at in a different way that would have provided more opportunity for African American and black and brown communities,” she said.

The Buttigieg campaign did not respond to requests for comment.

Though many Democratic lawmakers have been supportive of opportunity zones — including New Jersey Sen. Cory Booker, who added the program to the 2017 tax bill with Republican Sen. Tim Scott — Buttigieg’s position is in stark contrast with progressives in the party, who unequivocally condemn it as a scam. Booker, despite his early support for the program, requested, along with Democratic Reps. Emanuel Cleaver of Missouri and Rep. Ron Kind of Wisconsin, that the Treasury Department’s Office of Inspector General open an investigation into the program in response to a series of articles from ProPublica and the New York Times that revealed the money was going into luxury projects in affluent neighborhoods instead of poor ones. Their reporting also found that many of the developers benefitting from the program had ties to the Trump administration.

“It was not the intent of Congress for this tax incentive to be used to enrich political supporters or personal friends of senior administration officials, as recent reports indicate,” the three lawmakers wrote to the Treasury Department in October, asking how the zones were selected. The department’s watchdog is now looking into the program, at their request.

Presidential frontrunner Sen. Bernie Sanders has said that, if elected, he will end “this tax scheme and instead redirect public money into affordable housing, infrastructure, schools and other programs that directly invest in communities that have been destroyed by billionaires and the corporate elite.” According to “Bern Notice,” the campaign email newsletter written by Sanders adviser David Sirota, the Vermont senator would “conduct a top-to-bottom audit of existing opportunity zones to determine whether credits were improperly awarded to major Trump donors and cronies,” in addition to rescinding future opportunity zone tax breaks.

In November, Democratic Rep. Rashida Tlaib of Michigan introduced legislation to get rid of the opportunity zone program completely. Congressional Progressive Caucus Co-Chair Rep. Pramila Jayapal of Washington is one of the co-sponsors of the bill.

“Our communities deserve resources and programs with proven track records to thrive — the current Opportunity Zone law fails to drive real benefits to low-income communities, instead often rewarding President Trump’s donors,” Tlaib said in a statement. “We must repeal them to stop yet another form of corporate greed from hurting our communities and tarnishing our democracy.”