As more Democrats swear off dark money, at least six races where candidates have the backing of national Democrats are seeing major funding from super PACs. 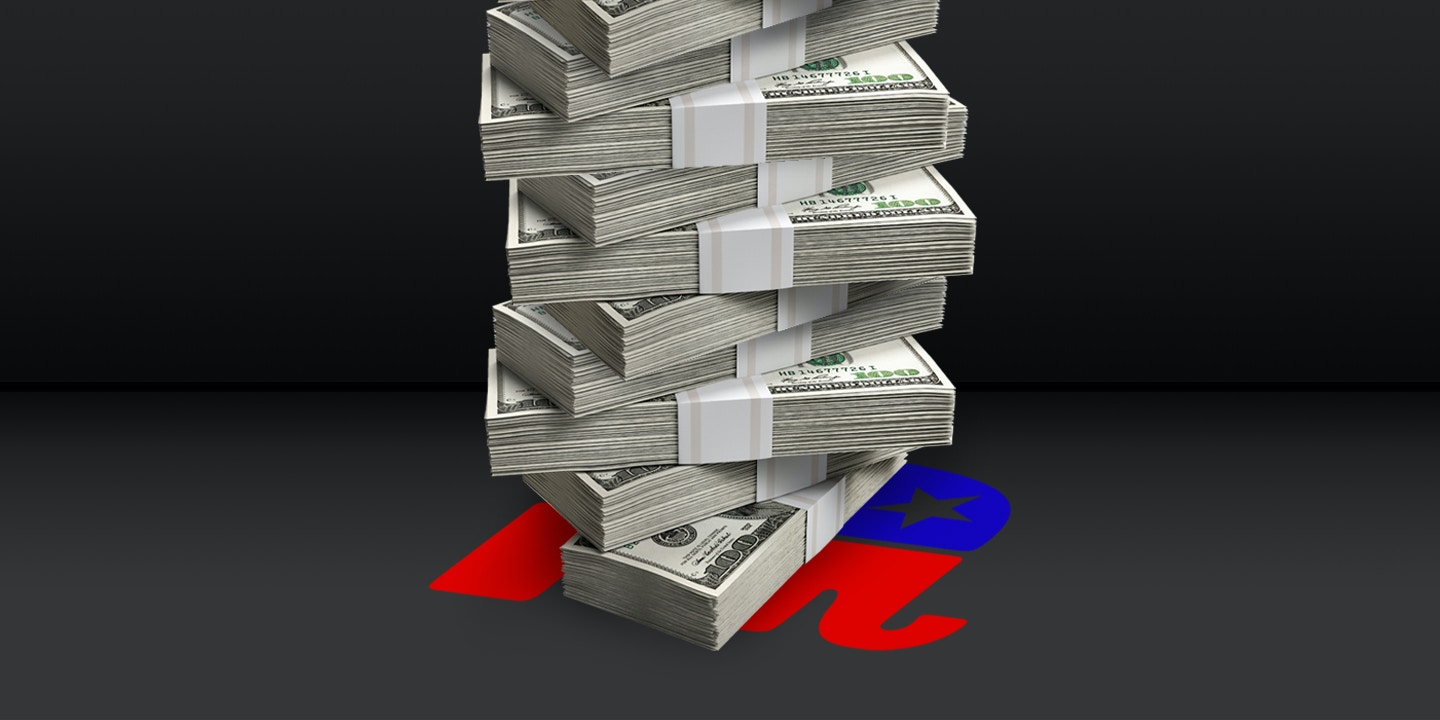 As Democrats seek to flip a number of competitive Senate seats this November, they’re relying on a network of undisclosed donors to match the GOP’s massive funding apparatus. At a time when swearing off so-called dark money is something of a litmus test in the party, at least six races where candidates have the backing of national Democrats are seeing major funding from super PACs, whose donors will not have to be disclosed.

In their longshot bid to take control of the upper chamber, Democrats are focusing on races races in Arizona, Iowa, Colorado, Michigan, North Carolina, Maine, Texas, and Kentucky, and are also putting resources toward races in South Carolina, Tennessee, and Georgia. The Democratic Senatorial Campaign Committee has backed candidates in all of those races. The Senate Majority PAC, the largest Democratic super PAC to focus on Senate races, is running ads in a number of those states as well. The PAC, which is aligned with Minority Leader Chuck Schumer, announced in February it would partner with another Democratic PAC, Priorities USA Action, to run a multimillion-dollar ad campaign in Arizona, Maine, and North Carolina.

Their efforts are being supplemented by a number of new, smaller, dark-money groups that have spent around $7 million so far on ads in six Senate races. The four state-level groups are linked to one another and to Majority Forward, a 501(c)(4) nonprofit group affiliated with Senate Majority PAC, and they also share a network of Democratic staffers and strategists. The president of Senate Majority PAC, JB Poersch, used to head up both Majority Forward and the DSCC — and remains a close ally of Schumer. He did not respond to requests for comment.

The groups, which are operating in Iowa, Arizona, Colorado, and Maine as 501(c)(4)s, are not required to disclose their donors to the Federal Election Commission, but will have to report top contribution amounts when they file form 990s with the IRS after the 2020 election. Their spending comprises just a fraction of the money put forward by Senate-affiliated groups, but they have dropped a remarkable amount of money for entities that were formed less than a year ago and bill themselves as grassroots groups.

OpenSecrets noted in December that the four state-level groups might be linked to one another. According to state tax records, all four groups used Washington, D.C.-based CT Corporation System as their registered agent, a firm offering agent and incorporation services. In addition, they were all set up around the same time last spring, and share some of the same advisers.

Maine Momentum has spent at least $2 million in ads against Republican Sen. Susan Collins since launching in April. The PAC has a number of prominent Maine Democrats among its ranks. Its executive director, Willy Ritch, is a former spokesperson for Democratic U.S. Rep. Chellie Pingree. Chris Glynn, who served as former spokesperson for the Maine Democratic Party and also worked for Maine House Speaker Sara Gideon, was a spokesperson for Maine Momentum until last year. Gideon is now running for Senate, and the DSCC endorsed her in June. Maine Momentum has worked in parallel to Gideon’s campaign, with a program called the “16 Counties Coalition,” launched in July to pressure Collins on issues of high importance with moderate voters. The coalition has also pushed Collins to hold a town hall, which she hasn’t done for 20 years.

The group held a joint event in Portland last year with a group called Tax March (also called the Sixteen Thirty Fund), which is a key funder of Democratic causes and super PACs. It gave Majority Forward $500,000 in 2016, and also donated $500,000 to the House Majority PAC and at least $1 million to the Senate Majority PAC. Asked if Maine Momentum received any funding from Majority Forward, Ritch said the group did not discuss its donors. Advancing Arizona launched in April and has spent at least $1.8 million on ads in the state targeting Republican Sen. Martha McSally and her vote to repeal parts of the Affordable Care Act. The group, which also goes by Honest Arizona, is run by James Oman, a former businessman who maintains a low profile; Steve Gomez, an activist in the state; and one-term Democratic Rep. and former state party chair Sam Coppersmith, now practicing real estate law at an Arizona firm. Coppersmith also belongs to Issue One’s ReFormers Caucus, a bipartisan coalition of former officials advocating for “solutions to fix our broken political system.” Gomez appeared in a 2018 Majority Forward ad criticizing McSally on health care. One of its board members is also on staff at Forward Majority Action, a federal PAC launched by Democrats in 2017 to focus on regaining power in state legislative races. A spokesperson for Coppersmith did not respond to requests for comment.

Iowa Voices, which also operates as Iowa Forward, launched in March to target Republican Sen. Joni Ernst. The group’s incorporator, Drew Cooper, first opened it under the name Heartland Forward, and changed its name in May. Cooper worked on former Maryland Gov. Martin O’Malley’s 2015 presidential campaign. Iowa Voices is run by Emily Holley, former political director for state Sen. Rob Hogg and a Midwest field organizer for the 2008 Obama campaign. In July, just months after its launch, Iowa Voices purchased $600,000 worth of ads targeting Ernst in Iowa. As of December, that number went up to $1.4 million. Holley did not respond to a request for comment.

Rocky Mountain Values launched in Colorado in May, and by January had spent more than $1.8 million on ads targeting Republican Sen. Cory Gardner. The group’s executive director, Alvina Vasquez, was political director for Democratic Gov. Jared Polis’s 2018 campaign. Communications director Vanessa Harmoush said the group is “a grassroots organization,” and she did not respond to questions about its donors.

A fifth group operating at the national level that is also linked to Majority Forward, VoteVets Action Fund, is backing North Carolina Senate candidate Cal Cunningham against Republican Sen. Thom Tillis. The group has spent close to $3.3 million on ads supporting Cunningham, whom the DSCC endorsed in October. The group is also supporting Democratic Sen. Gary Peters in Michigan, where it’s spent at least $2.1 million on ads so far; MJ Hegar against Republican Sen. John Cornyn in Texas, where it’s spent $3.3 million so far; and Amy McGrath against Senate Majority Leader Mitch McConnell in Kentucky, where it’s spent $119,000 so far. (The group is also backing presidential candidate Pete Buttigieg, and has spent at least $1.7 million supporting him thus far. A campaign finance group has accused the Buttigieg campaign of improperly coordinating with VoteVets, and the campaign has declined to comment on that charge.)

Majority Forward, in addition to supporting VoteVets, in late January launched a six-figure ad buy against Collins, Ernst, McSally, Gardner, and Tillis. The group has spent at least $780,000 on statewide ads slamming Collins on prescription drug pricing, close to $100,000 each against Tillis, Gardner, McSally, and Georgia Sen. David Perdue in their respective states. In several of those races, candidates Democrats are backing have made campaign finance a central issue of their platforms, calling for enhanced transparency and disclosure requirements.