Little is known about Mike Bloomberg’s personal investments. The Intercept has identified a number of firms backed by the billionaire. 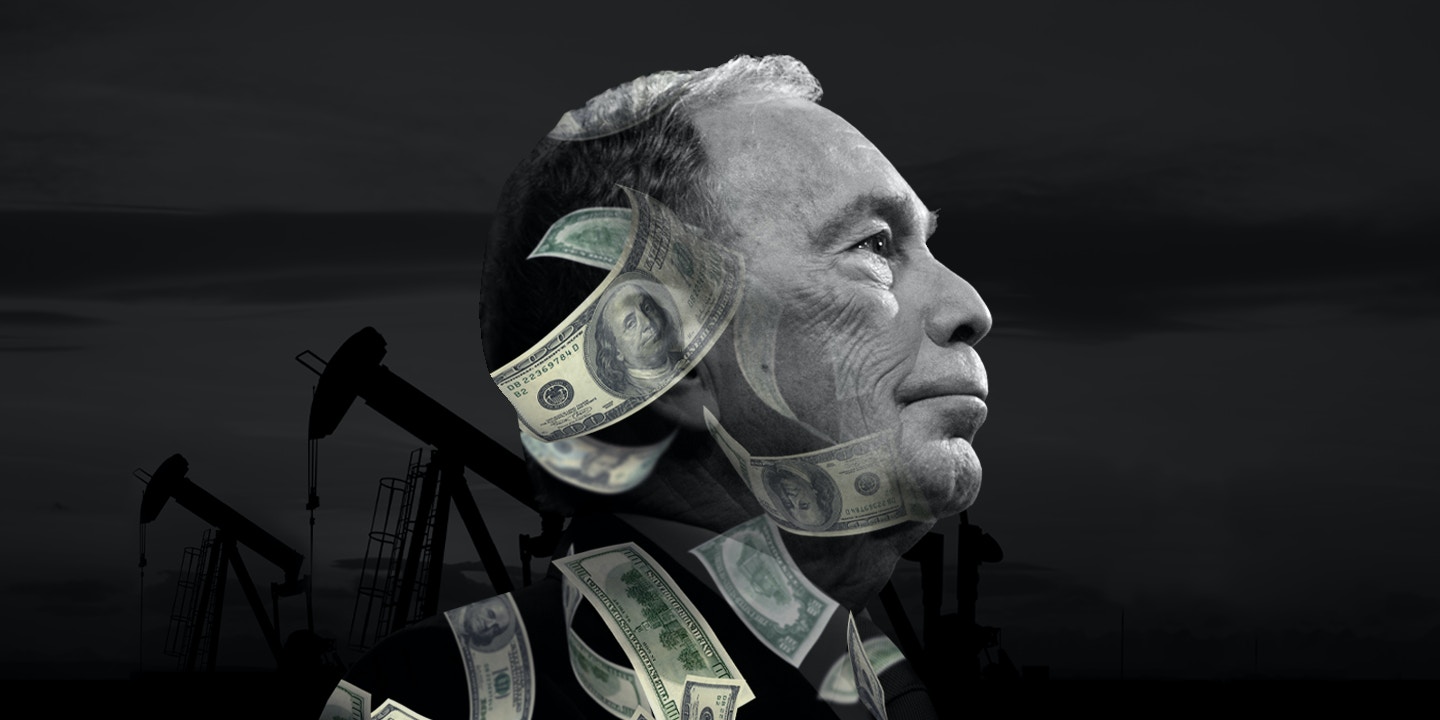 Little is known about Mike Bloomberg’s personal investments. The billionaire, former mayor of New York City, and now presidential candidate has attracted speculation about the sources of his wealth. A trail of documents provides a partial view about his history of investments.

The Intercept has identified a number of firms that have been backed by Bloomberg over the years. The billionaire has not only invested his money in the oil and gas, insurance, and consumer finance sectors, but has also backed Sycamore Partners, a controversial private-equity firm known for buying out and downsizing retailers.

Bloomberg, with an estimated net worth of around $65 billion, acquired much of his fortune through his majority ownership of Bloomberg LP, the software and media company he co-founded. But, after his decision to run for president last November, he has put off efforts to reveal his own investment portfolio.

In January, Bloomberg obtained a delay to file his mandatory ethics disclosure as a presidential candidate, which provides a basic range for his income, debts, transactions, and wealth. He will not file until March 20, well after voters in over half the states have gone to the polls. Bloomberg has also not yet released his tax returns, as all other leading Democratic candidates have done.

“The number of pages will probably be in the thousands of pages. I can’t go to TurboTax,” shrugged Bloomberg, when asked during the Democratic debate in Las Vegas on February 19 about the delays in releasing his tax returns.

Bloomberg’s personal and philanthropic wealth is managed by a company called Willett Advisors LLC, which is overseen by Steven Rattner, an investment manager and frequent television pundit. “Michael R. Bloomberg is the sole, ultimate beneficial owner of Willett,” notes one Securities and Exchange Commission filing.

Willett Advisors provides almost no information on its website. Neither Rattner nor the Bloomberg campaign responded to requests for comment. But public statements by Rattner and other officials at Willett Advisors hint at his company’s investment strategy.

“We are natural gas bulls. We think oil is well priced. If we can generate new supplies at a discount to the spot price, we will do it,” Brad Briner, a senior level investment manager at Willett Advisors, told an investment trade publication in 2013.

During a conference hosted by the Export-Import Bank, in 2015, Rattner discussed his company’s investments in the oil and gas sector, noting that he’s taken “some investments in North Dakota and other places like that.”

Later that year, Rattner noted during an appearance on Bloomberg TV that he continues to invest in the oil and gas sector. “Well, we invest a lot in the energy sector, so we have a dog in this fight, and we have been — we’ve certainly been on the more bullish side of the argument on oil and continue to be,” said Rattner.

Willett Advisors has continued to invest in oil and gas at least through last year.

White Star Petroleum, a privately held Oklahoma firm that uses hydraulic fracturing to extract oil and gas, was owned in part by Bloomberg.

The ownership stake was only disclosed by court order when, last May, the company filed for bankruptcy protection. Disclosures show that Willett Advisors, Bloomberg’s family wealth fund, owned an equity stake in the fracking firm. The disclosure lists Briner, the Willett Advisors executive, as the contact at the firm. Willett Advisors funds owned a 6.4 percent stake in White Star, assets of which were valued at up to $1 billion when the firm declared bankruptcy last summer.

White Star Petroleum was founded by the late Aubrey McClendon, a controversial billionaire known as the “Fracking King” for his role in pioneering the drilling method. McClendon died in a car crash in 2016. The company has been accused of producing air pollution, including leaking plumes of methane, a powerful greenhouse gas. Residents in Oklahoma have also accused the firm of contributing to a wave of fracking-fueled earthquakes near Cushing.

Bloomberg’s involvement with the private-equity firm Sycamore Partners is evident through a cache of Cayman Islands documents from Appleby, a leading offshore law firm. Sycamore Partners has been accused of hollowing out the retail sector by taking control of companies, then aggressively downsizing them and loading them with debt. The Center for Popular Democracy notes in a recent report that retail firms acquired by Sycamore Partners have laid off nearly 20,000 workers in recent years.

The files were obtained by the German newspaper Süddeutsche Zeitung and shared with the International Consortium of Investigative Journalists, which provided a copy to The Intercept. The documents show that Sycamore Partners raised $136 million from three Bloomberg wealth funds associated with Willett Advisors.

“The firm is known for its ruthless approach to its leveraged buyouts, which have often led to the firm separating companies like Staples and Hot Topic into different pieces and selling the most valuable ones, while draining whatever remains of most of its value, as in the case of Nine West Holdings,” noted journalist Chanel Fernandez in the Business of Fashion.

Sycamore Partners did not respond to a request for comment.

When asked about the offshore investments, Bloomberg dismissed the story. The funds, he noted in 2010, were “fully disclosed and they’re appropriate to maximize the assets which I’m giving away to charities.”

“You can’t invest without investing around the world; you can’t have a business without doing business around the world,” said Bloomberg, then serving in his third term as New York City mayor.

But far from full disclosure, after the story, Bloomberg’s philanthropy began using a byzantine structure that concealed the ultimate destination of his investment funds.

The latest tax return, filed in 2017, for the Bloomberg Family Foundation shows Willett Advisors investing through corporate entities with opaque names such as “10413 Investment Holdings LLC” and “20213 Investment Holdings,” with no information about how the funds are used.