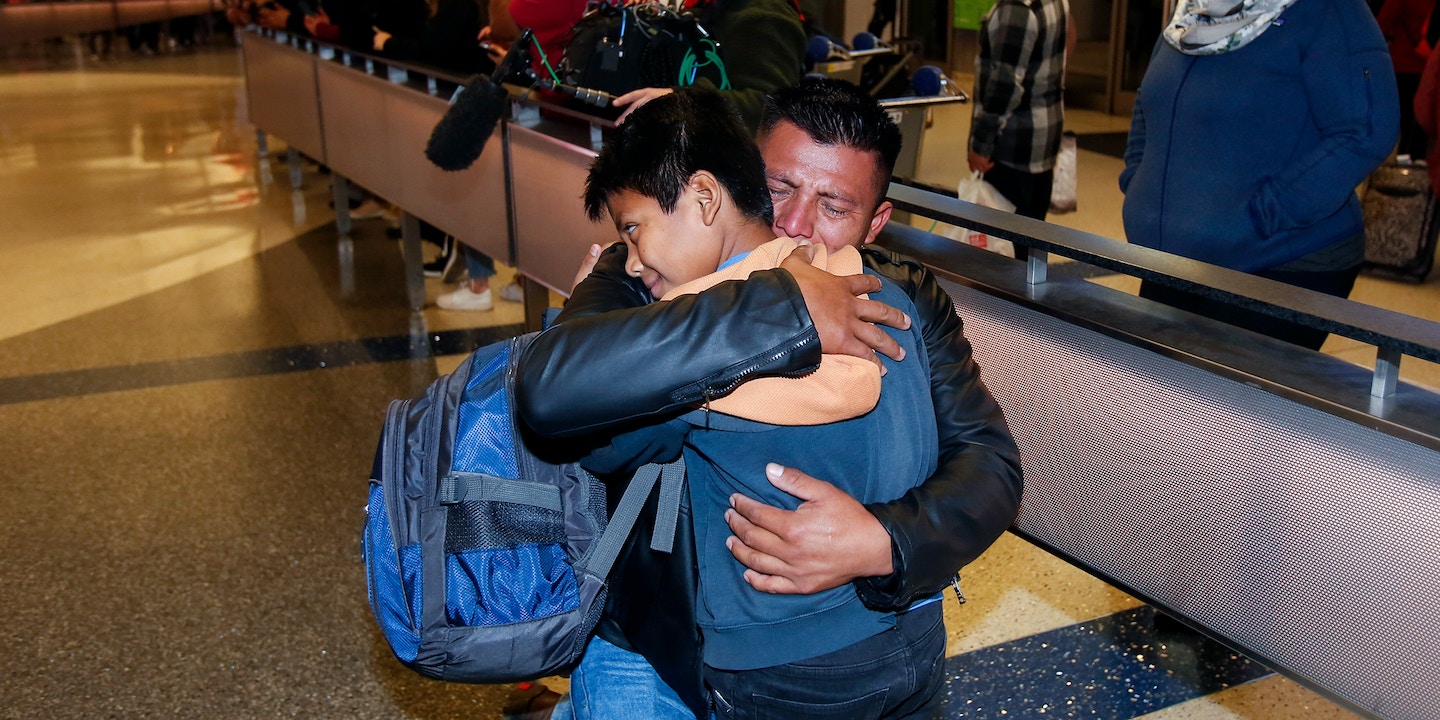 The separation of families by U.S. immigration officials at the U.S.-Mexico border amounts to torture, according to a group of medical and human rights experts that performed psychological evaluations of asylum-seekers. Their report for Physicians for Human Rights, a U.S.-based nonprofit that investigates human rights violations around the world, found that the policy of family separation — which officially ended in the summer of 2018 but continues today — “constitutes cruel, inhuman, and degrading treatment.” In other words: torture.

As far as we know, as of last December, over 5,500 children had been forcibly separated from their parents under a policy first implemented in 2017 and drastically expanded in 2018 as part of the Trump administration’s so-called zero tolerance crackdown on the border. In their investigation, “You Will Never See Your Child Again: The Persistent Psychological Effects of Family Separation,” PHR evaluated 17 adults and nine children from Central America who had been separated between 60 and 69 days. All of the parents reported already having suffered trauma in their home countries, and feared that their children would be harmed or killed if they remained or returned. And so, in search of protection, they fled.

Instead of finding safety or refuge in the United States, however, they were met with new abuses, and further trauma. Children were “forcibly removed from [parents’] arms” or simply “disappeared” while their parents were taken to court. Some of the parents were then taunted and mocked by U.S. immigration officials when they asked after their children. The subsequent shock, terror, and grief was not only expected, but intentional — designed to push parents into giving up their asylum cases.

“U.S. officials intentionally carried out actions causing severe pain and suffering, in order to punish, coerce, and intimidate Central American asylum seekers to give up their asylum claims.”

“U.S. officials intentionally carried out actions,” the report explains, “causing severe pain and suffering, in order to punish, coerce, and intimidate Central American asylum seekers to give up their asylum claims.” That intentionality is a key factor that the report leans on to make the argument that the abuse meets the legal standard for torture.

Another mother from El Salvador recounted asking a U.S. official why her daughter was being taken away from her. The official reportedly responded that her daughter “was going to be adopted by an American family and that [she] would be deported and that she would never see her daughter again,” according to the report. Another mother whose daughter was taken from her was told she should “learn to deal with it.”

PHR clinicians chronicled that all those they interviewed exhibited symptoms and behaviors consistent with trauma: confusion, constant worry, crying a lot, having difficulty sleeping and eating, nightmares, depression, overwhelming anxiety, panic, and despair. Parents described feeling “pure agony” and being “incredibly despondent.” One mother reported that she felt she was in a “black hole.”

Children, too, exhibited regression in age-appropriate behaviors, including excessive crying, refusing to eat, nightmares and other sleeping difficulties, loss of developmental milestones, as well as clinging to parents and feeling scared following reunification. All but two of the children and two of the adults who were evaluated showed signs of suffering post-traumatic stress disorder.

The consequences of torture, especially the torture of children, are severe and long-lasting. Children who have undergone torture “have higher rates of chronic medical conditions such as cardiovascular disease, cancer, and premature death,” the report notes. “In addition, there is an increased risk of psychiatric disorders such as anxiety, depression, and psychosis, and of detrimental coping behaviors such as smoking and the use of alcohol or drugs.”

The consequences have “a domino effect,” especially in children, said Dr. Ranit Mishori, a senior medical adviser for PHR, influencing overall “health, mental health, cognition, behavior.” Such trauma in children can actually physically alter the structure of the brain, as well as DNA, Mishori explained. She cited evidence of children who had been separated suffering severe regression even more than a year after they had been reunited with their family.

The doctor cited evidence of children who had been separated suffering severe regression even more than a year after they had been reunited with their family.

Hundreds of the children who were separated were preverbal, and the report concluded that the U.S. government taking them from their parents amounted to “endangering children’s very right to their names and identities, a serious violation of children’s rights.” The United States is the only member of the United Nations that is not party to the Convention on the Rights of the Child, signed in New York in 1989.

For the purposes of the report, PHR followed the Istanbul Protocol: the United Nations guidelines for assessing and documenting torture. The official U.N. definition of torture is an act that causes severe physical or mental suffering, done intentionally, for the purpose of coercion, punishment, intimidation, or for a discriminatory reason, by a state official or with state consent or acquiescence. The decision to label this particular set of cruelties as torture was “not something we took lightly,” Mishori told The Intercept. The organization consulted with United Nations experts on torture and carefully considered the legal definition.

“Part of calling this torture,” Mishori said, “is about accountability.” PHR is calling for reparations for the people who were harmed, specifically in the form of mental health treatment. People who were deported likely received no specialized attention at all. Those who remain in the U.S. may have gotten help from nonprofits or government-sponsored programs, but a recent Washington Post investigation revealed that some therapists working in immigrant detention centers share information about their clients with Immigrations and Customs Enforcement, or ICE, which can then use details against them in their cases. PHR isn’t calling for an international court to take up the case, at least not yet, but they do want an “internal reckoning,” Mishori said, especially for those who designed and implemented the policy.

PHR also concluded that the policy of family separation constitutes enforced disappearance, “which occurs when state agents conceal the fate or whereabouts of a person who is deprived of liberty.” A recent article from Reveal, giving disturbing substance to PHR’s claim, detailed the story of a 10-year-old girl who was separated from her family and then disappeared into the shelter system for six years, during which her family had no idea where she was.

In all of the cases examined in the PHR report, there was at least one period where parents had no idea where their children were, were unable to contact them, and “had no assurance of, or timeline for, eventual contact or reunification.”

One of the recommendations in the report is simply to stop family separations. The government has been ordered to do just that: Trump signed an executive order on June 20, 2018, and a federal judge issued a nationwide injunction on the policy six days later. Yet loopholes were left in place to allow the practice to continue in certain situations, and at least 1,142 children have been separated since the official end to the policy. That is, according to PHR, another 1,142 children tortured by the U.S. government.