There are exemptions to U.S. sanctions for humanitarian trade, but United Against Nuclear Iran is naming and shaming those who legally sell medicine to Iran. 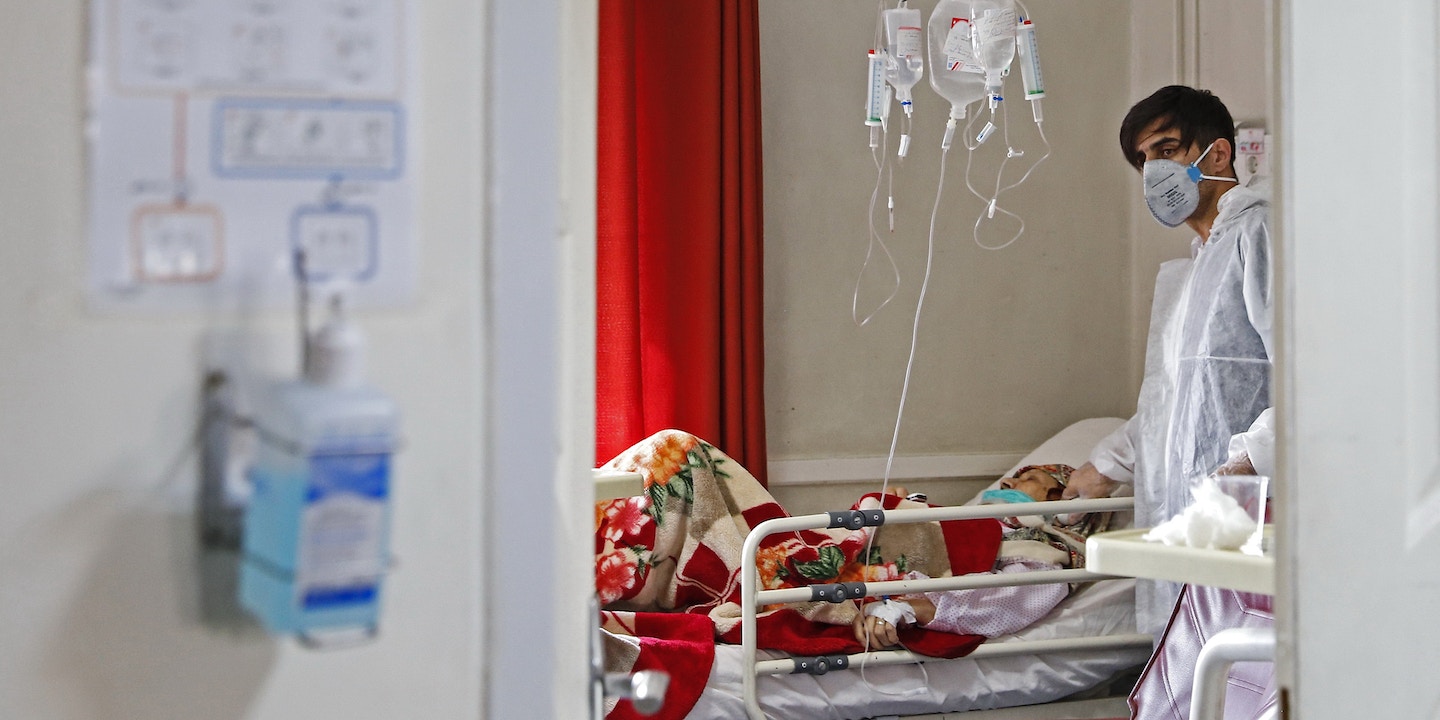 Despite a massive coronavirus-related public health crisis, an anti-Iran pressure group with close ties to the Trump administration is urging major pharmaceutical companies to “end their Iran business,” focusing on companies with special licenses — most often under a broadly defined “humanitarian exemption” — to conduct trade with Iran.

With a novel strain of coronavirus rapidly spreading around the world, Iran has been hit particularly hard, with 107 deaths and 3,515 infections recorded so far. Yet the pressure group, United Against Nuclear Iran, is carrying on with its campaign targeting medical trade with Iran despite the Trump administration’s special financial channels for humanitarian goods and medicine to reach the beleaguered country.

“U.S. sanctions have had a long-term impact on Iran’s ability to freely import medical supplies,” said Tyler Cullis, an attorney specializing in sanctions law at Ferrari & Associates. He pointed to “outside groups” that seek to bolster the Treasury Department’s investigatory heft and provide information on companies doing trade with Iran. “In tandem with U.S. sanctions,” Cullis said, “these groups have sought to impose reputational costs on companies that engage in lawful and legitimate trade with Iran, including humanitarian trade.”

“These groups have sought to impose reputational costs on companies that engage in lawful and legitimate trade with Iran, including humanitarian trade.”

The medical and humanitarian trade are carved out of crippling sanctions against Iran through special licenses issued by the Treasury Department. But companies must apply for the licenses then carry out the trade — something United Against Nuclear Iran, known as UANI, seeks to discourage.

“Their efforts are not insignificant,” Cullis said. “It is, after all, not an altogether lucrative enterprise selling medical supplies to Iran, so the name-and-shame operations of outside groups have a significant impact on the cost-benefit analysis associated with doing business with Iran.”

Joshua Silberberg, a spokesperson for UANI, declined to respond to questions about the group’s effort to name and shame companies doing medical trade with Iran. “UANI has a long history of expressing support and solidarity with the Iranian people,” he said, pointing to a statement applauding the finalization of the Swiss Humanitarian Trade Arrangement, an agreement arranged by the U.S. and Swiss governments.

UANI says it aims to persuade “the regime in Tehran to desist from its quest for nuclear weapons, while striving not to punish the Iranian people.” (The U.S. intelligence community does not believe that Iran has any desire or plans to build nuclear weapons.) UANI’s efforts, however, have extended beyond sanctions into pressuring companies that do legal trade with Iran, often under the Treasury Department’s humanitarian exemptions to sanctions — including medical-related trades that would presumably aid in combating a massive public health crisis like this  coronavirus outbreak.

The legal channels for humanitarian trade are widely reported to be failing to provide a sufficient flow of medicine and other humanitarian goods.

The group’s last summit, held in September, featured U.S. Ambassador to Germany Richard Grenell, who is now Trump’s acting director of national intelligence, as well as a who’s who of the Trump administration’s hawkish Middle East partners, including top diplomats from Persian Gulf monarchies and Israel. (UANI and its affiliated organizations have a number of links to Gulf monarchies, including a 2014 email from a UANI advisory board member soliciting “support” from the United Arab Emirates.)

UANI’s top funder, billionaire Thomas Kaplan — an investor whose companies have looked to profit from “political unrest” in the Middle East — was also in attendance at the summit.

Finally, Sheldon and Miriam Adelson’s financial support for UANI closely tracks the Republican megadonors’ hawkish views toward Iran. In 2013, Sheldon Adelson told an audience at Yeshiva University that Obama should launch a nuclear strike on Iran and threaten that Iran will be “wiped out” if it doesn’t dismantle its nuclear program. The Adelsons were Trump’s biggest funders in the 2016 election and the GOP’s biggest funders in the 2018 cycle. They are expected to contribute at least $100 million to Trump’s reelection efforts and Republican congressional candidates in the 2020 cycle.

Did an American Billionaire Philanthropist Play a Role in the Imprisonment of Iranian Environmentalists?