Elizabeth Warren Should Endorse Bernie Sanders — Not for Him, but for Herself and Her Mission

Warren stayed out of the 2016 Democratic primary, and it hurt her badly. 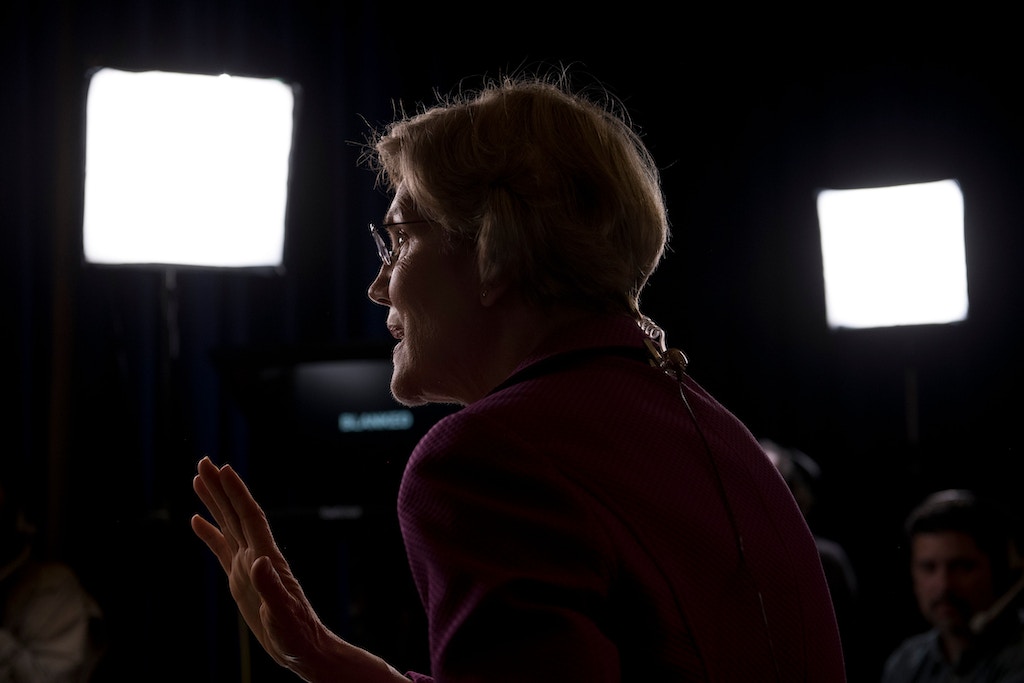 Ahead of the 2016 election, Elizabeth Warren made a calculation. She had spent the last several years in the U.S. Senate building a base of power and wielding that influence to shape White House personnel and policy decisions, particularly in the Treasury Department. She planned to do the same when it came to Hillary Clinton who, all of Washington presumed, was going to be the Democratic nominee for president.

Warren first met with Clinton in December 2014 and urged Clinton not to surround herself with Wall Street bankers. The Clinton campaign followed up with her chief aide, Dan Geldon, who was also chief of staff on Warren’s 2020 campaign. At the time, Warren was in the midst of a high-profile campaign against an Obama-nominated banker, Antonio Weiss, to the Treasury Department — a fight that she would later win. Geldon brought it up.

Is it better to endorse Sanders or preserve capital to influence Biden?

“He was intently focused on personnel issues, laid out a detailed case against the Bob Rubin school of Democratic policy makers, was very critical of the Obama administration’s choices, and explained at length the opposition to Antonio Weiss,” wrote a Clinton official in an email describing the conversation, later published by WikiLeaks. “We then carefully went through a list of people they do like, which EW sent over to HRC earlier … Over all, it was a polite and engaged but not exactly warm conversation. They seem wary – and pretty convinced that the Rubin folks have the inside track with us whether we realize it yet or not – but open to engagement and to be proven wrong.”

In 2016, Warren met with Clinton again and reiterated the demand to shut down the revolving door between Wall Street and Washington, making the pressure public at a speech at the Center for American Progress.

“Personnel is policy,” she said. “When we talk about personnel, we don’t mean advisers who just pay lip service to Hillary’s bold agenda, coupled with a sigh, a knowing glance, and a twiddling of thumbs until it’s time for the next swing through the revolving door, serving government then going back to the very same industries they regulate. We don’t mean Citigroup or Morgan Stanley or BlackRock getting to choose who runs the economy in this country so they can capture our government. No.”

BlackRock was a reference to CEO Larry Fink, a rumored choice for Clinton’s Treasury secretary. In order to win influence over Clinton’s personnel decisions, Warren believed at the time, she needed both carrots and sticks. By spiking Obama nominees, she had proven that she had a stick. The carrot was her decision not to endorse Sen. Bernie Sanders during the primary, despite an ideological affinity among the two. Sanders wasn’t going to win, Warren calculated, so she ought to husband her political capital and put it to the best use influencing Clinton. Shortly after the Associated Press called the primary for Clinton, and after their second meeting, Warren endorsed.

Warren, of course, would never get to test out her theory, as Clinton never got the chance to put together a cabinet, though the names floated toward the end of the campaign were arguably less bad — though still bad — than they would have been without Warren’s pressure. (Fink was swapped for Sheryl Sandberg or Lael Brainard.)

And the decision came at a cost to Warren, as Sanders did better in the primary than most expected, and Warren took fire for a lack of loyalty, creating bad blood that spilled into the 2020 cycle. The problem with this kind of calculation is that it relies on an utterly flawed premise: that influence is best won in return for political favors. To the extent that Clinton would have moderated her hiring of Wall Street executives as president, she would not have done so out of gratitude toward Warren, but out of a fear of what Warren was capable of. In 2013, as a member of the Banking Committee with a coalition of allies, both inside and outside, she had managed to block the appointment of Larry Summers to be chair of the Federal Reserve. That’s where her power came from: sticks, not carrots.

And she was able to block Summers and other nominees because of her rock-solid alliance with activist elements of organized labor, outside progressive groups, and the broad social movement they represent. Her 2012 Senate campaign had smashed records for small donors. The stronger her bond to that outside movement, the more power she had on the inside.

Had Warren endorsed Sanders first, she’d likely have been able to bring more Sanders people with her when she switched to Clinton.

The more power she had on the inside, the more good she could do for people on the outside. Indeed, the amount of harm she may have prevented by the single act of blocking the mercurial Summers from the Fed is incalculable.

From Warren’s perspective, then, the question of whether to endorse Sanders doesn’t need to be about what’s best for Sanders. It should be about her — and how she can position herself to do the most good. And the stronger association Warren has with the progressive movement broadly, the stronger she is.

There are some who argue that Warren should refrain from endorsing Sanders and make a play to be Biden’s running mate — which would be a powerful position, given Biden’s declining faculties and well-known lazy streak. But that argument also presumes that the best way for Warren to curry influence with Biden is by doing him a political favor (it also presumes that Biden would ever choose her, a dubious assumption.)

But Warren’s real power with Biden rests in what she’s capable of doing to him politically, and for him politically — not in the goodwill a nonendorsement of Sanders might generate with the Biden camp.

Warren’s longterm threat to Biden and the party establishment is only as strong as her ties to the progressive movement, and the same is true of an eventual endorsement of Biden. Her value in a general election to Biden is her ability to bring Biden the progressive vote and help him unite the disparate wings of the party. Clearly, then, Warren is more valuable to Biden as an eventual endorser if she can actually bring progressives with her, and the most effective way she can do that is if she has endorsed and campaigned for Sanders. The same calculation was true in 2016. Warren’s endorsement of Clinton would have been more valuable to Clinton had Warren originally endorsed Sanders, and would have had more of a unifying effect than it ultimately did. Had Warren endorsed Sanders first, she’d likely have been able to bring more Sanders people with her when she switched to Clinton.

The other possibility — that with Warren’s endorsement, Sanders might surge back and claim the nomination — would also be a boon to Warren, who could name her position(s) in the new administration. And, indeed, with an unstable president and an unpredictable pandemic, any outcome is possible. But given the possible head-to-heads in the general election, and Biden’s demonstrated inability to campaign effectively, there’s more likely to be an administration for Warren to serve with Sanders as the nominee.

But, again, if Sanders falls short, and Warren and Sanders both endorse Biden, she will, paradoxically, have done Biden a significant favor by previously endorsing against him.

After a bruising primary, endorsing Sanders might not be what she wants to do. But Warren should do it not for him, but for herself — and, as Sanders might say, for us.