The New York governor wants to shove through legislation that would put more people in jails, where they are highly vulnerable to coronavirus infections. 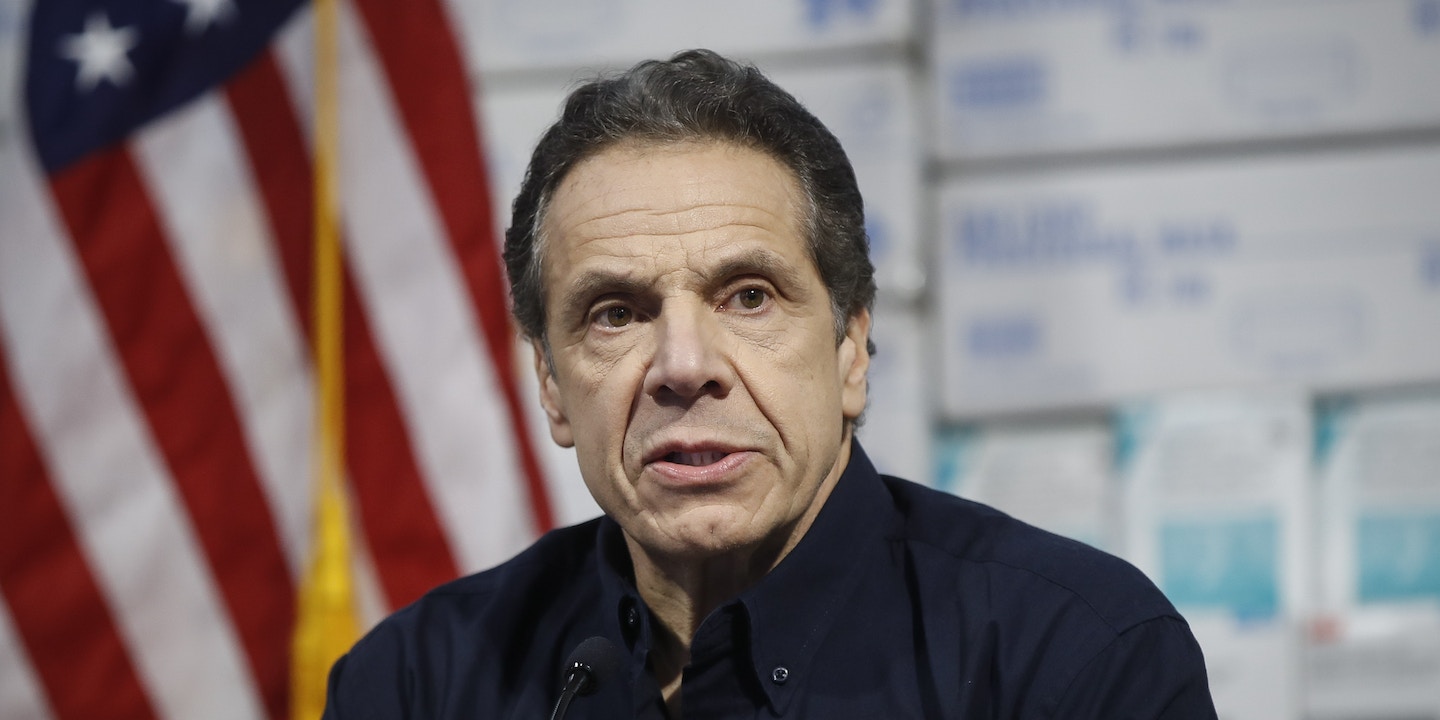 As the coronavirus pandemic grips the United States, prosecutors, sheriffs, and public officials have raced to reduce the populations held in local jails, where it is next to impossible to protect elderly and otherwise vulnerable incarcerated people.

In New York, however, Gov. Andrew Cuomo is bucking this trend, pushing for a new law that would roll back newborn bail reforms that went into effect in January and instead expand judges’ power to put defendants in jail. Cuomo has backed this agenda for years, but his evident insistence on including it in the state’s budget negotiations amid a public health crisis is nonetheless remarkable.

“Every other elected official across the country is thinking about how they can reduce their jail and prison population,” Rena Karefa-Johnson, the New York state director for criminal justice reform for the advocacy group FWD.us, said in an interview. “But in New York, we have elected officials still trying to change legislation that would put thousands more people back in jail and slowing up an emergency budget process to do it. It’s wildly out of step with what’s happening across the country, and it’s wildly at odds with this narrative of New York taking Covid-19 seriously and keeping people safe. It’s bonkers.”

The governor’s move comes as his power is ascendant. Cuomo has always wanted to be a crisis governor, engaging in well-documented disaster heroics whenever roadways get slippery. But that instinct, risible in peacetime, is playing differently in the pandemic. People in New York and around the country are terrified, and the erratic federal response under President Donald Trump has been far from reassuring. Cuomo’s sober, authoritative daily briefings have filled the vacuum. In the last weeks, Cuomo has become America’s Governor, its crisis daddy. In recent days the hashtag #PresidentCuomo has been trending on Twitter. With his popularity soaring, and his constituents preoccupied with looming mass fatalities as the coronavirus threatens to overwhelm the state’s health care capabilities, Cuomo is well positioned to drive through his preferred agenda with hardly anyone noticing.

“It’s wildly out of step with what’s happening across the country, and it’s wildly at odds with this narrative of New York taking Covid-19 seriously.”

Cuomo’s office did not respond to a request for comment for this story, but in recent weeks the Governor has repeatedly declared his intention in to put changes to bail reform in the budget.

In New York, state budget negotiations are opaque at the best of times. The governor and the leaders of the two houses of the legislature — the proverbial “three people in a room” — hash out a series of horse-trades and concessions, which are then presented to legislators as an omnibus mash for a single take-it-or-leave-it vote.

These are not the best of times. Several legislators have already been diagnosed with coronavirus infections, and the statehouse has been evacuated, with legislators sent home to shelter in place, unable to meet or debate. They’ve been told to be ready to return to the state capitol in Albany on short notice to approve a budget they’ve yet to see and are unlikely to have a chance to even read before they vote on it.

For the advocates and legislators who helped pass New York’s landmark bail reforms last year, Cuomo’s drive to reverse those gains by slipping language into an under-scrutinized, must-pass disaster budget is the height of antidemocratic shock-doctrine misgovernment.

But with the help of Democrats in the state Senate, there’s a good chance Cuomo is about to have his way.

In the first weeks of this year, a coalition of police, prosecutors, and state Republicans, aided by a fear-mongering news media, launched a coordinated campaign against the new bail laws, which eliminated money bail for most offenses, meaning that instead of going to jail, most defendants would be released to prepare for their trials from home. The campaign seemed to be effective: a January 21 poll showed popular opinion, which had backed the reforms, swinging the other way.

Clearly frightened, Democrats in New York state Senate announced legislation to reverse the reforms they’d approved the previous year, granting judges the power to lock defendants up before trial if the judges deemed them “dangerous.” Now the possibility that some version of the Senate initiative winds up in the budget bill has become very real. But the details remain fuzzy: Would this new “dangerousness” standard be based on algorithmic predictive tools, which have been shown to produce racist outcomes? Or would judges have free reign to use their discretion, the same discretion that they used to fill New York’s jails by setting unaffordable bail? Just what Cuomo and Senate Democrats want is unclear, because the precise shape of this proposal remains a closely held secret. If the Senate has draft legislation it’s bringing to budget negotiations, it hasn’t been publicly released. Even among legislators, few will admit to having seen anything specific.

“It is undemocratic to slip policies into a budget that cannot be discussed by stakeholders who visit Albany or debated on the floor.”

Senate Democrats’ insistence on rolling back bail reforms is especially perplexing because the political forces that had driven them to scuttle their own landmark achievement have, for the moment at least, dissipated; as the pandemic set in, state Republicans appeared to ease off their efforts to paint the Democrats as soft on crime.

In a March 17 statement, state Senate Minority Leader John Flanagan called on the legislature to hold off on controversial policy debates during the pandemic. “It is undemocratic to slip policies into a budget that cannot be discussed by stakeholders who visit Albany or debated on the floor,” Flanagan wrote. “We can pass a streamlined budget that deals solely with the finances of the state and that pertains solely to the coronavirus crisis and go no further than those bounds.”

But Senate Democrats seem to have worked themselves into such a frantic lather defending against Republicans’ Willie Horton attacks that they’re now unable to stop. They’re chasing their own tails in a self-sustaining panic of triangulation even as there’s no one left to surrender to.

If criminal justice reformers are able to stave off the imposition of a dangerousness standard, it will likely be thanks to State Assembly Speaker Carl Heastie. Heastie has declared his unwillingness to undo last year’s bail reforms before any data on whether they’re working can be gathered. That may involve other concessions though — perhaps expanding the list of alleged crimes for which judges would still be able to set money bail and jail defendants who can’t afford to pay it. That would be a bitter disappointment to criminal justice reformers, who foresee relentless efforts by opponents in coming years to nibble away at bail reform, adding bit by bit to the list of offenses for which a defendant’s wealth can determine her freedom. Still, reformers say, that compromise would be far preferable to a dangerousness standard, which many consider even more pernicious than money bail itself.

With so much confusion swirling around the New York capitol, it’s still possible that the governor and Senate Democrats will relent and put off debate on bail reform until a time when it can be thoroughly discussed. If not, Cuomo will have to figure out how to balance his new status as America’s Governor with a reputation as the man who, with the help of fellow Democrats, took advantage of the coronavirus crisis to strangle criminal justice reform in its crib.