More than a dozen members of Congress, citing the coronavirus pandemic, called on the Department of Homeland Security to halt arrests and deportations. 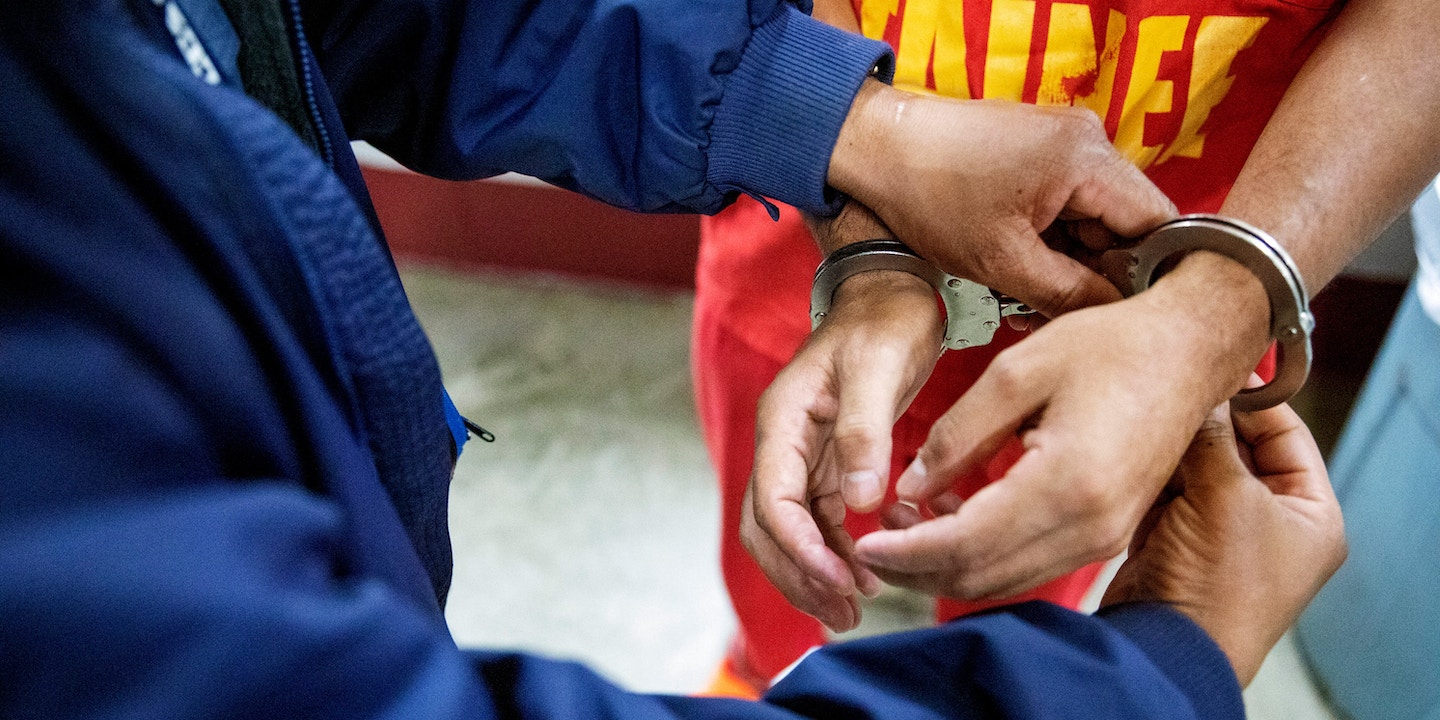 More than a dozen Democratic lawmakers are calling on the Department of Homeland Security to freeze its enforcement-to-detention pipeline, suspend deportations, and release comprehensive plans to prevent a broader outbreak of the coronavirus in its facilities.

In a letter sent to the head of DHS on Friday, Rep. Ilhan Omar of Minnesota, along with 14 of her colleagues, wrote that “continuing status quo policies will contribute to the spread of the virus.”

The letter came less than 24 hours after officials in New Jersey confirmed that a member of an Immigration Customs Enforcement medical team at the Elizabeth Detention Center had tested positive for Covid-19, the disease caused by the new coronavirus. In addition, officials in New Jersey said a correctional officer at Bergen County Jail, which contracts with ICE, had tested positive for Covid-19, though the individual reportedly had no contact with ICE detainees or others in custody.

“Immigration detention facilities, even before the start of the Covid-19 pandemic, have been breeding grounds for illness,” Omar wrote. “For detainees who are immunocompromised or otherwise susceptible to the worst consequences of contracting Covid-19, holding them in detention may be literally a matter of life or death.”

From the outset of the epidemic, advocates have been raising the alarm that the U.S. network of immigration detention centers, like the country’s expansive prison system, presents a profound danger to the people locked inside. “Everyone would rather die on the outside with our families than in here,” a person participating in a unit-wide hunger strike at Essex County Correctional Facility in Newark, New Jersey, said in a statement released Thursday. Late Friday afternoon, news broke of a second hunger strike involving immigrants detained by ICE, this one at the Hudson County Correctional Facility in Kearny, New Jersey.

ICE has defended its operations amid the pandemic. Since the first week of the Trump administration, when the president signed an executive order doing away with Obama-era enforcement priorities, ICE has routinely said that no undocumented person is exempt from arrest and deportation.

Earlier this week, the agency suggested it might pull back on that approach, releasing a statement saying that it would “temporarily adjust its enforcement posture” and “focus enforcement on public safety risks and individuals subject to mandatory detention based on criminal grounds.” There has been no indication that ICE will release any of the individuals currently in its custody, including those who probably would not have been arrested under the agency’s adjusted enforcement posture.

For Omar and her colleagues, the measures ICE has taken to date don’t go far enough.

In the letter sent Friday to DHS Acting Secretary Chad Wolf, the lawmakers called for a commitment to releasing detainees at risk of dying of Covid-19, and the freezing of interior immigration enforcement and visa overstay enforcement.

The lawmakers also called for an end to deportations during the pandemic, and a pause on in-person immigration court proceedings and naturalization ceremonies. Halting immigration court hearings in particular has been the subject of demands from across the immigration legal world.

Omar and her colleagues also demanded that DHS produce plans articulating how it intends to handle a range of pandemic-related emergencies, including instances in which detainees, or its own personnel, test positive for the coronavirus.

Earlier this week, Politico reported that nearly 500 DHS employees are quarantined because of the virus, with “at least 13 are confirmed or presumed Covid-19 positive.”

“What is your plan to prevent an outbreak in any facility that holds DHS/ICE detainees, including temporary CBP holding and processing facilities?” Omar asked. “Will you make public statements that nobody will be subject to immigration enforcement for seeking medical attention during the Covid-19 pandemic?”

Omar and her colleagues gave the DHS chief until the end of day to respond. The Intercept has reached out to the agency for comment and will update this story should it provide one.