At an immigration hearing in El Paso on Monday morning, the crowding put everyone at risk for the coronavirus. Except the judge, who was in Fort Worth. 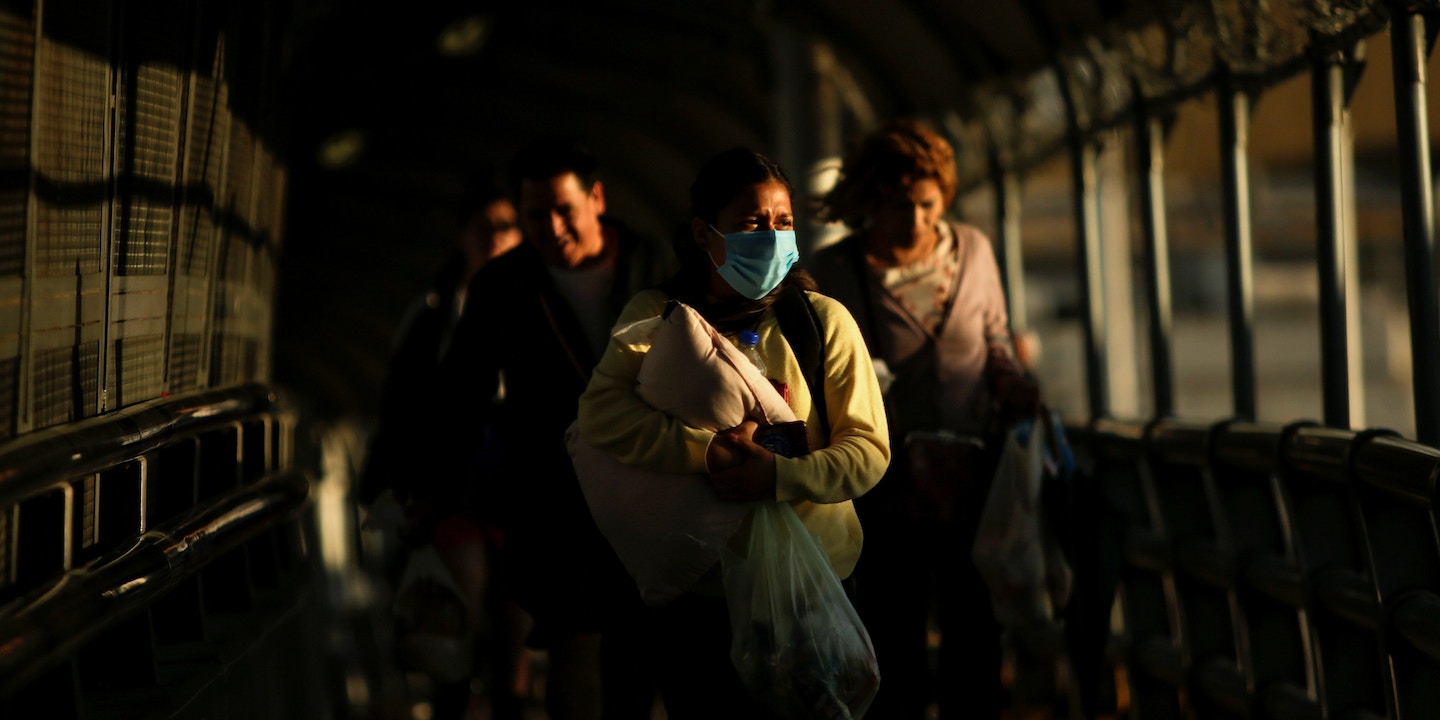 On Sunday night, the Department of Justice Executive Office for Immigration Review announced on Twitter that certain preliminary hearings in immigration court — hearings for people who aren’t detained — would be canceled until April 10. But the new policy didn’t cancel hearings for people in a special type of detention: the Trump administration’s Migrant Protection Protocols, also known as MPP or Remain in Mexico. As a result, at an EOIR facility in El Paso on Monday morning, immigrants in MPP were crowded into court, along with court employees, and the crowding put everyone at risk for contracting and spreading the coronavirus. El Paso over the past four days has recorded its first two known cases.

The legal proceedings that have been canceled nationwide for people not in Immigration and Customs Enforcement prisons are called “master calendar hearings.” At master calendars, each immigrant is briefly read their rights and given a continuance or a date for a final hearing. Typically, master calendars are done en masse. That means dozens of immigrants sit for hours together in cramped EOIR courtrooms about the size of a large living room.

The crowding can be dramatic and is often worse for immigrants in MPP. They live in Mexico, in precarious and often unsanitary conditions, and are periodically shuttled into the U.S. for their hearings. Typically, dozens are packed into EOIR courtrooms. They crunch together, knee to knee, on benches. Children squirm in parents’ laps or crawl on the floor. Coughing, sneezing, and mucus are constant.

On Monday morning in El Paso, about 30 people in MPP were led into a federal building that houses EOIR court. All the immigrants, including babies, were wearing protective masks.

Reporters and community observers signed up to witness the hearing but were told the courtroom probably would not accommodate them. “It’s too crowded,” said a guard named Childers. “There are adults! Babies! I’m 64 years old.” He had on gloves but no mask.

The reporters and community observers sat together, awaiting a final decision on whether we could attend. An hour later, immigration attorney Imelda Maynard, who works for Catholic Charities of Southern New Mexico, joined us. She said she’d just been in the court to represent a client.

Maynard said that no one was wearing a mask. “Not the adults, not the children. No one.” She said the immigrants had no gloves either, though the guards did.

I went back to the anteroom by the court and spotted guards herding several immigrants to a bathroom break. No one wore masks or gloves.

Only the judge, Christopher Thielemann, was protected. He was presiding over the hearing by video from 600 miles away, in Fort Worth.

The American Federation of Government Employees Local 511, representing ICE prosecutors, joined the National Association of Immigration Judges and the American Immigration Lawyers Association on Sunday in calling for the immediate shutdown of all 68 immigration courts across the country, for two to four weeks. The Justice Department so far “is failing to meet its obligations to ensure a safe and healthy environment within our Immigration Courts,” the groups said.

Two EOIR staffers eventually approached the reporters and community observer. “We were sent to tell you that you unfortunately won’t be able to attend court,” they said. “It’s too crowded.” They stood the requisite 6 feet away. In the background, a well-dressed El Paso lawyer coughed.