Smith’s campaign has remade its field operation to lead a response to the coronavirus pandemic, filling a void left by Gov. Jim Justice’s administration. 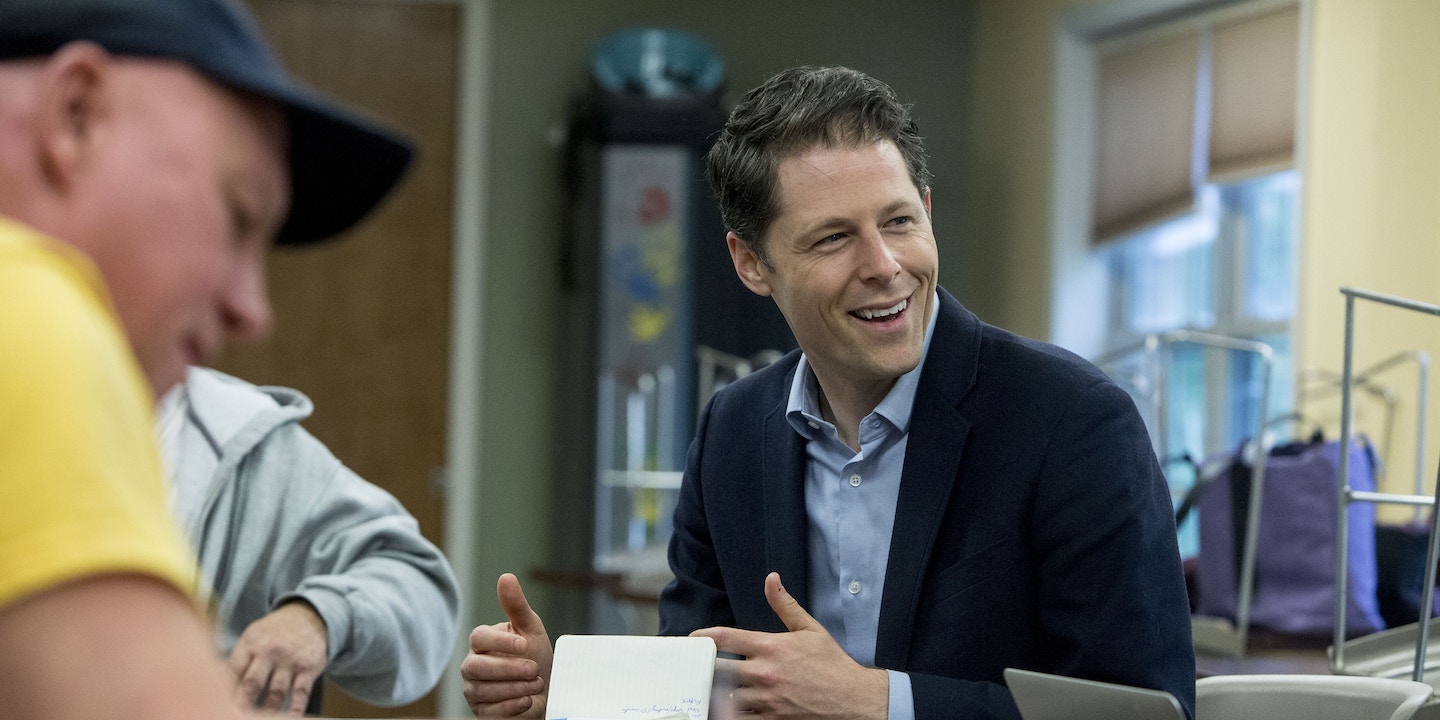 As the coronavirus pandemic upends most aspects of everyday living across the country, political campaigns have abandoned in-person events and transitioned to virtual town halls in efforts to keep their bids afloat. In West Virginia, Stephen Smith, a 40-year-old community organizer running a movement-based campaign for governor, is attempting something even more ambitious.

The progressive-populist candidate has remade his campaign’s field operation to spearhead a statewide response to the pandemic, filling a void left by Republican Gov. Jim Justice’s administration. Smith’s anti-establishment campaign, known as West Virginia Can’t Wait, had a coronavirus response website up before the state government did and recently released an 11-point policy plan calling for drive-through coronavirus testing in every county, vote-by-mail legislation, and moratoria on evictions and utility shutoffs. “Over the course of 72 hours, we completely reimagined the campaign,” the gubernatorial hopeful, who is running as a Democrat, said.

Smith’s focus on Covid-19, the disease caused by the coronavirus, comes as elected officials around the country struggle to respond effectively, from President Donald Trump’s constant denials; to state governments, including West Virginia, being slow to respond; to Democratic presidential frontrunner Joe Biden going MIA as it turned into a crisis. Only Sen. Bernie Sanders, despite being slow to address the escalating crisis, has taken on an approach similar to Smith’s, diverting his campaign’s fundraising infrastructure to raising millions for coronavirus response groups.

The Smith campaign has created an “adopt-a-voter” program, under which campaign volunteers aim to check in with 100 voters who live near them once a week with information about local coronavirus resources and volunteer opportunities, suggestions for how to vote by mail, and offers to hear more about the campaign. The campaign is also working toward recruiting and training 1,000 volunteers on how to check in on their neighbors without leaving their homes, Smith said, covering topics like “‘Where do I get food? Where do I get testing? How do I apply for my unemployment benefits? How do I apply for SBA disaster loans or paycheck protection?’ and on and on and on.”

A next step in the campaign’s coronavirus response is to create a library of resources and how-to videos and information for the entire West Virginia Can’t Wait network, a slate of dozens of candidates running for various statewide positions. Equipped with those tools, “our neighborhood captains can answer just about any question that someone has,” Smith said. Another prong of the campaign’s organizing strategy calls for “Constituency Captains” to build support within their communities, as well as constituency organizing groups, like Seniors Can’t Wait, LGBTQ+ Can’t Wait, and Educators Can’t Wait, that deliberately omit Smith’s name. This week, each of the neighborhood captains wrote and sent 100 letters to people in their communities, which included coronavirus information, brief background on the West Virginia Can’t Wait movement, and a personal message. Jenny Craig, a public school teacher in Ohio County and a member of Educators Can’t Wait, said the letters represent what their movement has been about since the beginning: “just checking in on each other, not for political gain.”

“The letter has very little about Stephen’s campaign, and it doesn’t even say ‘I’m Stephen Smith and I’m running for governor,’” Craig said. “It just really is about taking care of each other.”

Next week, the volunteers are going to start making phone calls to neighbors to ask if they’re healthy or if they need anything, in addition to providing information on how voting has changed (regardless of political party) and how to register. Due to public health concerns around voting amid a pandemic, the state has postponed its primary elections from May 12 to June 9.

Smith is one of five Democrats running in the primary with hopes of toppling Justice, a billionaire coal tycoon who was elected to office in 2016 and also happens to be the wealthiest person in the state. West Virginia, a particularly high-risk state, was the last state in the country to report its first confirmed Covid-19 case, a delay largely caused by a lack of testing. Justice issued a stay-at-home order on March 23 but has faced criticism for not taking decisive action sooner while communicating confusing and conflicting messages about what to do.

“It’s so infuriating how … infuriating and unsurprising … how this governor has reacted,” Smith said. “The governor is going to have blood on his hands when this is all said and done. And it’s the oldest story in West Virginia history. The people do all the work while the good ol’ boys in Charleston get rich off of us; the working people look after our neighbors and the good ol’ boys look after themselves. It’s disgusting — I don’t even know what else to say.”

Since formally launching at the end of November 2018, West Virginia Can’t Wait has recruited more than 90 candidates, including Smith, to run for positions like city council memberships, magistrate judge seats, and county commissioners. More than half of the candidates are age 40 or younger, and the group is disproportionately women, working class, people of color, and LGBTQ. “There’s some pushback from the establishment, including our own unions, which is frustrating,” Craig said. “But it just makes you recognize that you’re doing something right and have to work even harder for it.”

Earlier this month, the campaign, which has sworn off corporate PAC money, broke the record set by Sen. Joe Manchin for the most donations ever received in a West Virginia gubernatorial race.

The “People’s Platform” — a policy platform that was developed through 11,000 conversations between campaign volunteers and voters, over 190 town halls, and then ratified at a convention — includes the creation of a state bank, a wealth tax, full legalization of marijuana, and a “complete reversal of the tax code” that favors working families over out-of-state land holding companies and multinational corporations. “When we win this policy platform, it will mean that we have created an economy in America that does not exist in any other state,” Smith said.