At a federal jail in New York, officials have insisted they are taking proper measures to contain the virus. A guard union email says that’s not true. 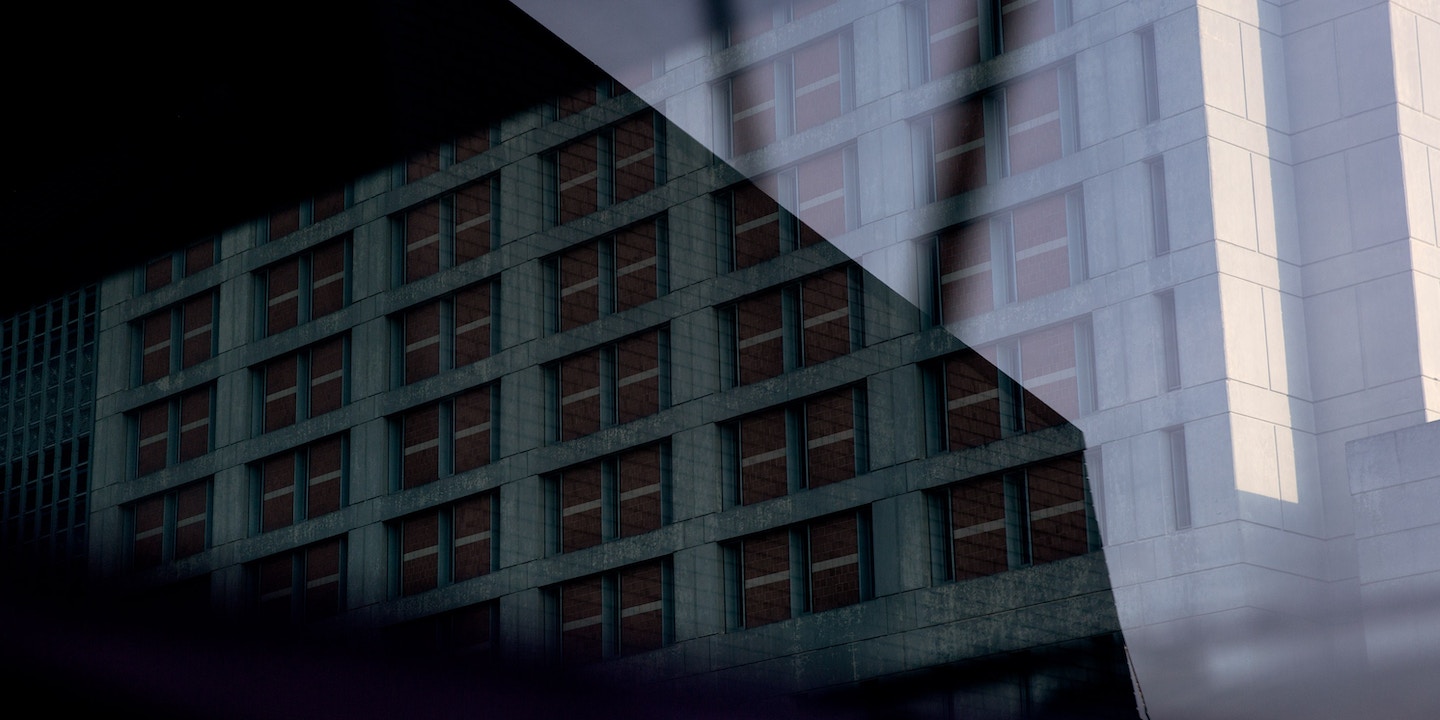 Officials at the Metropolitan Detention Center, a federal jail in Brooklyn, are transferring incarcerated people who have tested positive for the novel coronavirus out of quarantine and back into general housing units with scores of other people only days after they’ve tested positive, according to a guard union official who works at the jail. The report stands in stark contrast to assurances by the Bureau of Prisons, which runs the detention facility, and federal prosecutors from the U.S. Attorneys’ Offices for the Southern and Eastern Districts of New York in recent weeks that the jail is taking appropriate precautions to protect against the spread of the disease.

The report of the transfer of the two infected men came in an April 9 email to Metropolitan Detention Center Warden Derek Edge from Rhonda Barnwell, vice president of the union that represents correction officers at the jail.

“Why do we have 2 inmates who tested positive on regular housing units J-73 and G-43?” Barnwell wrote in her email, referring to cell blocks within the jail, which each hold about 70 men. “These inmates were released to general population even before 7 days of quarantine. Why aren’t those housing units on quarantine with appropriate PPE” — personal protective equipment — “for staff?”

“These assertions by the Union call the credibility of the BOP’s representations about the practices at MDC Brooklyn into serious question.”

Officials at the jail, known as MDC, did not respond to questions about Barnwell’s email, which was quoted in full in a court filing by federal public defenders working to get incarcerated people out of the sort of crowded detention conditions where coronavirus has spread rapidly. If Barnwell’s account is accurate, it would describe a departure from the Centers for Disease Control and Prevention guidelines that call for the relaxation of transmission precautions only after a patient has been symptom-free for at least three days and at least seven days have passed since symptoms first appeared.

“These assertions by the Union call the credibility of the BOP’s representations about the practices at MDC Brooklyn into serious question,” lawyers with the Federal Defenders of New York, a public defender organization, wrote in a letter to Judge Kenneth Karas which called attention to the email and its allegations. The practices described in the email, they wrote, “speak to the risk to all the inmates from such practices that are contrary to the CDC’s advice, and in particular the risk to vulnerable inmates.”

“The conditions at MDC Brooklyn are very poor,” Anthony Sanon, head of the union that represents corrections officers at the jail, told The Intercept. “I’ve been pleading with the agency to give us N95 masks — they have close to 3,000 in the institution but they’re keeping them in locked closets. That’s absurd. To put the lives of these men and women sworn to protect the community is a crime itself. Instead, they’re giving us regular surgical masks. They’re throwing us into ground zero, with zero protection.”

Barnwell’s email came to light after it was included in a court filing by the Federal Defenders, which has been working for the release of vulnerable people held at MDC Brooklyn and the Metropolitan Correction Center, another federal jail in Manhattan. The Federal Defenders and other defense lawyers have been filing bail applications and requesting compassionate release for elderly clients and clients with underlying health conditions that make them especially vulnerable to the disease, arguing that jail officials are unable to take the necessary steps to protect the people in their custody.

The U.S. Attorneys’ Offices for the Eastern and Southern Districts of New York, which both prosecute the people held in federal jails and act as the lawyers who represent the Bureau of Prisons as a client, have continued to resist public defenders’ efforts to win bail and compassionate release. At bail hearings, federal prosecutors have argued that vulnerable people should not be released because the Bureau of Prisons is taking the necessary measures to prevent an outbreak, going so far as to argue that it is safer inside New York City’s federal jails than in the outside world.

Writing on April 8 in opposition to the release of Ayman Rabadi, a 59-year-old man with diabetes and a heart condition who is serving a 24-month sentence on a wire fraud conviction, prosecutors with the Southern District cited the Bureau of Prisons’ published “action plan” calling for people in custody who show symptoms to be held in isolation “until they test negative for COVID-19 or are cleared by medical staff as meeting CDC criteria for release from isolation.”

“These and other steps belie any suggestion that the BOP is failing to address meaningfully the risk posed by COVID-19 to inmates,” the prosecutors wrote. “To the contrary, they show that the BOP has taken the threat seriously, has mitigated it, and continues to update policies and procedures in accord with the facts and recommendations.” Given all of this, prosecutors continued, “Rabadi has also not cogently explained why both he and those with whom he interacts allegedly would be safer if he were out of prison, where authorities could not enforce screening and quarantine.”

Barnwell’s story, however, called into question whether BOP was adhering to its action plan and CDC guidelines for isolation.

To persuade courts that medically vulnerable people are not actually safer under the control of jail authorities, lawyers need to convince judges that the sanguine assurances from prosecutors and jail officials need closer scrutiny. Acting as legal counsel for the Bureau of Prisons, U.S. attorneys have so far successfully fought off calls to shine a light on conditions inside the prison.

After officials at MDC and MCC severely curtailed the ability of people in their custody to communicate with the outside world, even to their lawyers, the Federal Defenders asked Judge Margo Brodie to order the jails to give people timely access to counsel. Justice Department lawyers objected, and Brodie has so far declined to impose an order. In the meantime, Federal Defenders say, people who test positive at MDC are being held incommunicado, without any ability to speak to lawyers or family.

Meanwhile, a putative class-action lawsuit before Judge Rachel Kovner alleges that keeping medically vulnerable people in the dangerous conditions of New York’s federal jails constitutes a violation of the Eighth Amendment’s prohibition on cruel and unusual punishment. The suit asks for the court to appoint a “special master,” an authority empowered by the court, to inspect and review conditions inside the jails. The U.S. Attorney’s Office for the Eastern District of New York also fought this request and, at an April 7 telephone conference, Kovner opted not to appoint a special master.

Well before the corrections officer’s union email, there were reasons to be concerned that the situation at MDC Brooklyn is worse than jail officials will admit, worse even than they know or want to know.

In a March 12 conference call with Chief Judge Colleen McMahon of the Southern District of New York, jail officials conceded that they didn’t even know who in their custody is at elevated risk in the event of an outbreak. After the judge directed them to find out and make a list, they identified 537 people held at MDC who meet the CDC criteria for being medically vulnerable.

As evidence for its argument that everything inside the federal jails is fine, the government has frequently cited the fact that only a few people in MDC — three, as of April 9 — have tested positive for Covid-19. But the jail has only tested 11 people so far.

Based on the rapid spread in other jails and prisons, there’s good reason to believe MDC’s numbers are low because it’s choosing not to count the sick. In New York City’s municipal jails, for example, the first diagnosed case ballooned to 38 positive cases over the following week and 454 the week after that. “If a similar rise in the number of cases has not been observed in the Brooklyn Federal Detention Center, I would be concerned that the facility is not following accepted infection control and surveillance measures to address COVID-19 among staff and inmates,” wrote Dr. Homer Venters, the former chief medical officer for New York City jails, in a declaration filed in the class action suit.

Lawyers who have spoken with clients inside MDC say they describe housing units full of feverish, coughing men.

“Once again, we see in the midst of this pandemic that the BOP’s words cannot be trusted.”

For people familiar with the history of MDC, the sequence of events is disquietingly reminiscent of January and February 2019, when a series of power and heating failures plunged the cells of the jail into icy darkness. Jail officials locked the facility down, restricting communication with the outside world, while falsely assuring the press, politicians, and judges that the situation was well under control. It was only after Judge Analise Torres insisted on touring the facility herself with a court stenographer, making a public record of the horrors of medical neglect that jail officials had been attempting to conceal, that the full scope of the humanitarian crisis inside the jail was revealed.

“We’re faced with the same situation we were in January 2019,” said Deirdre von Dornum, attorney-in-charge of the Federal Defenders for the Eastern District of New York. “Once again, we see in the midst of this pandemic that the BOP’s words cannot be trusted. According to the very correctional officers who work inside the facility, they are not adhering to public health protocols, they are not protecting the staff, they are not protecting the inmates. And what they are telling the courts is simply not true.”