Intermittent social distancing efforts — such as stay-at-home orders and school closures — may be necessary into 2022, Harvard researchers say. 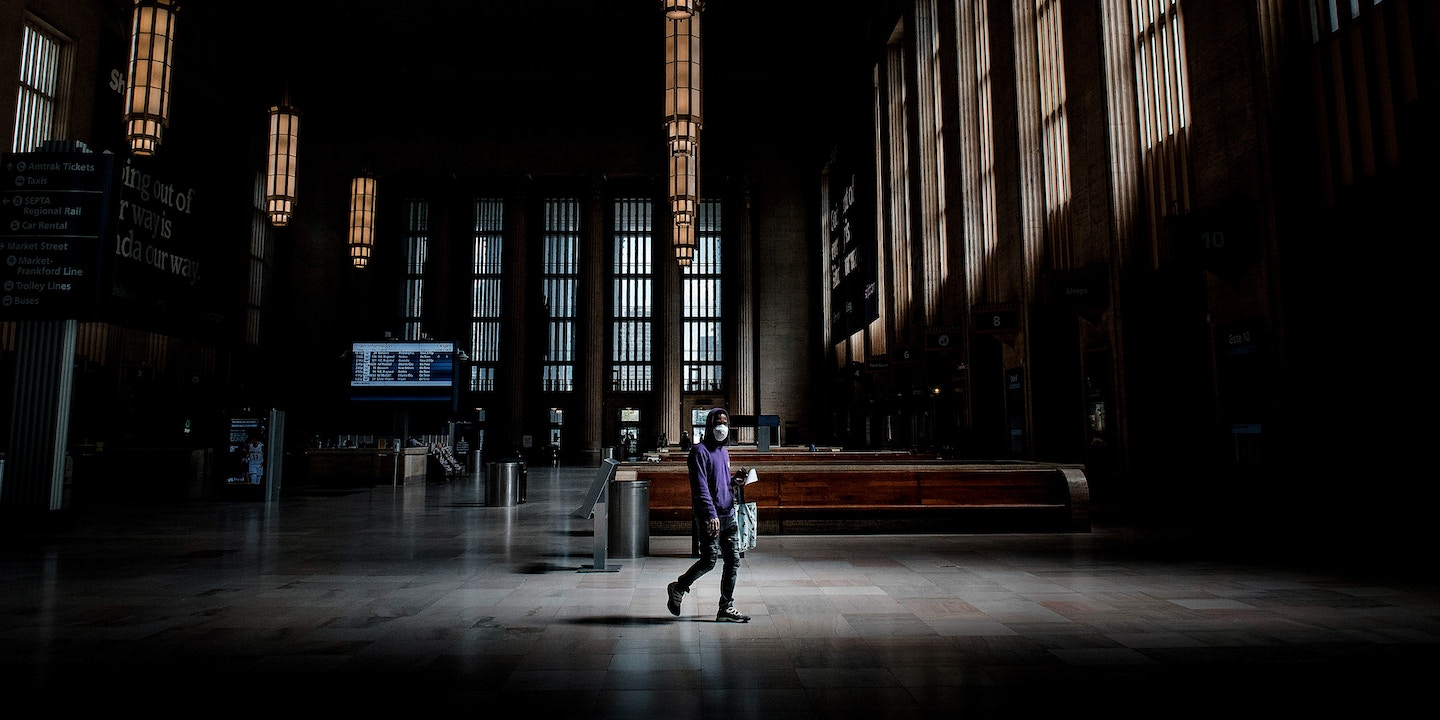 Almost since the moment he issued guidelines for combatting Covid-19 through social distancing, in mid-March, President Donald Trump has been pressing to reopen the country. This week, his push has reached a fever pitch as right-wing demonstrators took to the streets – from California to Kentucky, North Carolina, Wyoming, Michigan, Wisconsin, and Ohio – in protest (and defiance) of stay-at-home orders.

On Wednesday, Trump, who had previously said that decisions about “rejuvenating the economy” will focus on protecting “health and life,” announced: “You already know we’ll be opening up states, some states much sooner than others, and we think some of the states can actually open up before the deadline of May 1.” (On Thursday afternoon, the president said that decisions about when to loosen social distancing restrictions would be left to individual states, contradicting statements he’d made earlier in the week.)

Experts, including those in the government, have indicated that reopening the country too soon will actually threaten “health and life.” On Tuesday, Dr. Robert Redfield, the director of the Centers for Disease Control and Prevention, cautioned that if mitigation strategies in certain areas of the country are relaxed too quickly, outbreaks in major cities across the United States could follow. He also warned of worse to come in the months ahead. “We’re definitely going to have a second wave,” he said, predicting that Covid-19 cases would peak again late in the year.

Michael Osterholm, director of the Center for Infectious Disease Research and Policy at the University of Minnesota, warned that the United States may experience multiple surges of Covid-19 over the next year and half, noting that while it’s impossible to know for certain, the coronavirus seems to be following a “1918 model” — a reference to the 1918 flu pandemic that may have killed up to 100 million people worldwide.

“This first wave … is just the beginning of what could easily be 16 to 18 months of substantial activity of this virus around the world, coming and going, wave after wave,” Osterholm, who served as a State Department science envoy for health security from 2018 through 2019, said during a recent online conference. “It surely is a virus that likely will have to infect at least 60 to 70 percent of the population before you’re going to see a major reduction in its transmission,” he explained.

Similarly, a study by researchers at Harvard University, published this week in the journal Science, warned of “recurrent wintertime outbreaks” of Covid-19, meaning the virus may become a seasonal, global fixture. If those infected develop short-term immunity (on the order of 40 weeks), we may see annual outbreaks of Covid-19 while longer-term immunity (two years) would likely mean biennial outbreaks.

Without effective new vaccines or therapeutics, achieving population immunity to Covid-19 may be impossible in the short term, leading the researchers to project that intermittent social distancing efforts — such as stay-at-home orders and school closures — may be necessary into 2022. Such measures are currently needed to “flatten the curve” and thereby prevent the U.S. health care system from being overwhelmed by the pandemic, but effective social distancing will leave a pool of people who are susceptible to Covid-19 precisely because they haven’t yet been exposed to it. If social distancing is relaxed, a new surge in cases may prompt the reinstitution of such control measures.

“The plans to reopen the country are close to being finalized, and we will soon be sharing details and new guidelines with everybody,” Trump said on Tuesday. “We’re going to pick a date. We’re going to get a date that’s good. But it’s going to be very, very soon — sooner than the end of the month.”

Trump’s supporters have doubled down on his eagerness to do away with distancing requirements, often suggesting that the Constitution prohibits such intrusion by government in the lives of individuals.

“We don’t need a nanny state to tell people how to be careful,” Meshawn Maddock of the Michigan Conservative Coalition and an organizer of the April 15 protest in Lansing against the state’s stay-at-home order, told Fox News. In Wisconsin, Terri Bialas protested Gov. Tony Evans’s decision to close state parks in an effort to protect the public, after thousands flocked to them amid the outbreak. “This is insanity. It’s gone way too far,” said Bialas. “We don’t live in Nazi Germany.”

Osterholm said that he’s currently involved in devising data-driven guidelines for how to reopen Minnesota, as well as reimpose social distancing if worrying benchmarks are reached. “If we see different kinds of measures changing, then we can take … some kind of action. And then we can explain to the public why we should be on lockdown,” he said. “It’s not just, ‘We’re going to pick a date out of the blue.’”

The Harvard researchers acknowledged that “prolonged distancing, even if intermittent, is likely to have profoundly negative economic, social, and educational consequences.” They also pointed to the “potentially catastrophic burden on the healthcare system … if distancing is poorly effective and/or not sustained for long enough.”

Osterholm warned that the worst may be yet to come, and that the pandemic is still closer to its beginning than its end. “We’ve got to prepare ourselves because some of the cities that have been hard hit already are going to have peaks some months down the road that may even be much larger — in terms of case numbers — than we’re seeing right now,” he said. “Right now, we’re in the second inning of a nine-inning game.”