The CovKid project estimates that the total number of children infected with the coronavirus in the U.S. is now at least 478,000. 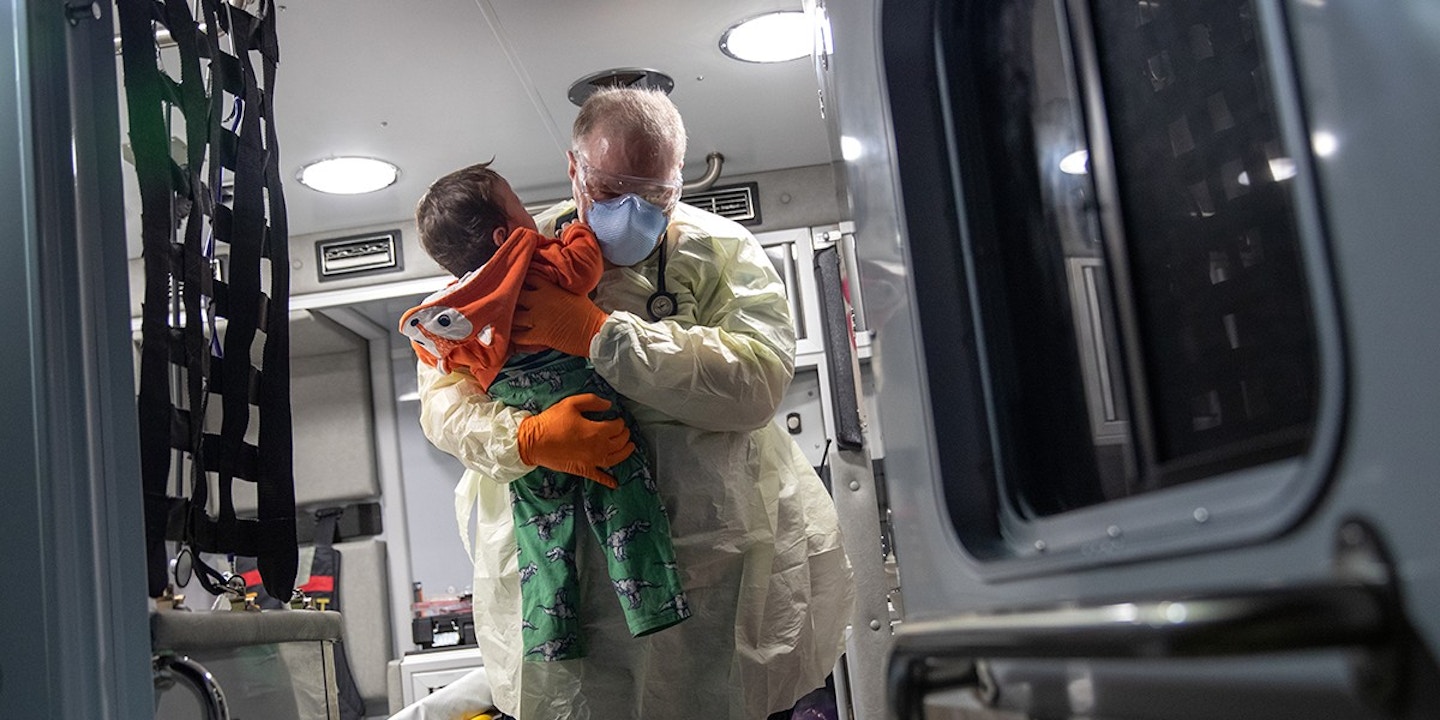 In the U.S., the vast majority of serious Covid-19 cases — and eight out of 10 deaths — occur in people who are at least 65. Yet newly tabulated data show that the virus is also affecting young people across the country — and in very rare cases, killing them.

At least 201 infected children under age 18 have been admitted into pediatric intensive care units in the U.S., according to data from a national registry called Virtual Pediatric Systems. And at least 20 people under the age of 20 have died from the coronavirus. In New York state, which has the largest number of children severely affected by the virus, 10 children who tested positive had died as of April 30, and at least 56 children had been admitted into pediatric intensive care units.

Across the U.S., more than 24,000 children have tested positive for the new coronavirus, according to state health department data compiled by a new project, CovKid, which tracks the effects of Covid-19 on children. That total represents everyone under age 20 and includes data from New York City but not New York state and Nebraska, which have not yet reported the age breakdown of coronavirus cases. While most states are not reporting the race and ethnicity of children with the coronavirus, data from California and Illinois show that more than one third of 3,049 children who tested positive were Latino. As of April 30, eight states reported 20 deaths from Covid-19 among children and teens. Data reported by state health departments and compiled by the CovKid Project.

While the number of kids testing positive for the virus in the U.S. is greater than the total number of confirmed cases in many countries, including Singapore, Ireland, and Mexico, it is probably only a small fraction of all who have the disease, because of a shortage of tests and very limited testing of children. “The big question is how many kids are being tested?” said Elizabeth Pathak, an epidemiologist and director of the CovKid project. Without that information, it’s impossible to know how many are infected. So Pathak and several colleagues used clinical data from China to gauge infection rates in the U.S. and estimate that the total number of children infected in the U.S. is now at least 478,000.

The newly compiled data, which has not been previously reported, comes amid reports of the emergence of an inflammatory syndrome in children that appears to be linked to coronavirus infections. Doctors in six countries, including the U.K., Spain, and Italy, have described clusters of inflammatory disease in children that have the coronavirus. In the U.S., doctors in New York, Washington, Pennsylvania, California, and Minnesota have encountered similar cases, which some news reports have described as cases of Kawasaki disease, a common and treatable illness frequently diagnosed in children.

But while the children with the new syndrome may have many of the same symptoms as those with Kawasaki disease, it is more likely a manifestation of the coronavirus, according to pediatrician Mark Schleiss. “It’s something that looks very much like Kawasaki,” said Schleiss, professor of pediatrics at University of Minnesota Medical School. Children with Kawasaki disease have a fever that lasts several days, along with at least four other symptoms that may include a rash, red eyes, swollen lymph nodes, and puffy hands and feet.

But Schleiss said that the recently described phenomenon is likely just another manifestation of the new coronavirus. “Some children present with what looks like aseptic meningitis. Some present with diarrhea. It’s a challenging virus because it can look like a lot of different things,” he said. “Before you treat a child for Kawasaki, you now have to step back and say, ‘Is this Covid-19?’”

The most common symptoms of coronavirus infections in children are cough and fever, which occur in over half of patients who become sick. Many children also have sore throats and coughs, according to an international review of studies of Covid-19 in children published last week, which also noted that about 10 percent of children sick with the virus have diarrhea or vomiting.

As with adults, some of the children who suffer the worst effects of coronavirus seem to have particular vulnerabilities. Among those who have died from the infection are two infants and a 16-year-old girl in Denver named Jaqueline Paisano, who had lost the ability to walk and talk at an early age after having a brain tumor. The youngest publicly identified victim of the coronavirus in Detroit, a 5-year-old named Skylar Herbert, did not appear to have any underlying conditions before she was diagnosed with the infection after complaining of a headache.

Because of the lack of testing, it’s still unclear what proportion of children with Covid-19 develop serious or life-threatening illnesses. “We need more testing of kids even with mild symptoms before we can know the scope of the problem in this country,” said Pathak.

“At some point, we’re going to open schools back up. Camps are already clamoring to be permitted to open. And once that starts happening, we need to have surveillance in place so we can catch any uptick in hospitalizations and cases.”