Michelle Caruso-Cabrera left GWG Holdings, which profits off life insurance policies purchased from seniors and the terminally ill, in February. 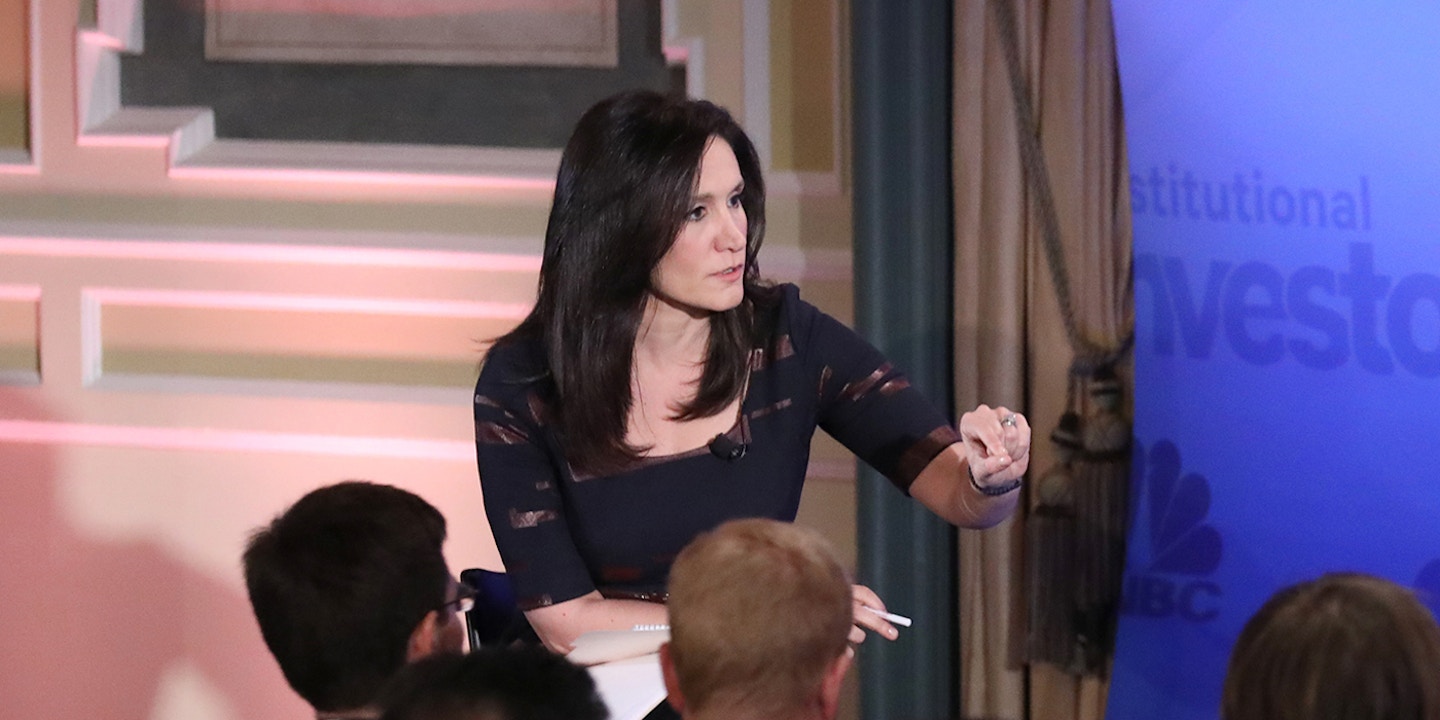 Before Michelle Caruso-Cabrera launched a conservative primary challenge against Democratic Rep. Alexandria Ocasio-Cortez in New York, she was on the board of directors of GWG Holdings, a life settlement company that makes money off life insurance policies purchased primarily from seniors, the terminally ill, and those unable to afford it for less than face value, turning a profit when the beneficiary dies.

In September 2018, Caruso-Cabrera left her full-time position as an anchor at CNBC to join the board of directors at Beneficient Group, a Dallas-based company that lends money to ultrawealthy Americans who need it fast by turning nonliquid assets into cash. Beneficient is funded by GWG Holdings, a Minneapolis-based life insurance investor that poured nearly $1 billion into the company in a 2018 transaction.

Last April, GWG Holdings announced that it was expanding its partnership with Beneficent, replacing most of its board with Beneficient’s current board of directors. An SEC filing shows that Caruso-Cabrera joined GWG’s board that same day. A couple months later, she was awarded 8,169 restricted stock units of GWG Holdings, according to filings.

Caruso-Cabrera explained her decision to join GWG’s board in a farewell segment on CNBC. “We talk so much about corporate governance on CNBC; we criticize it a lot, right?” she said. “And I have thought, you know, the next step should maybe be corporate governance because boards need help.”

On February 21, Caruso-Cabrera resigned from her board positions to run for Congress, according to SEC filings. She has positioned herself as a moderate, pro-business Democrat in the race, accusing Ocasio-Cortez of being “out of touch” with her constituents and not actually being working class. Caruso-Cabrera, who lived in a high-priced apartment in Trump International Hotel and Tower in Manhattan for years, told Business Insider that Ocasio-Cortez “doesn’t know what it takes to put food on the table and to put a roof over the head of a family.” Ocasio-Cortez, in fact, took on multiple jobs after graduating college to help her family make ends meet, working 18-hour days to supplement her mother’s income as a housecleaner and bus driver, as the freshman lawmaker has described.

Caruso-Cabrera’s campaign quickly picked up support among corporate interests, receiving early donations from dozens of prominent private-equity executives and investment bankers, as The Intercept previously reported. Notably, her bid is being backed by the U.S. Chamber of Commerce, a powerful conservative lobbying group that has poured millions into electing Republicans. (Caruso-Cabrera was herself a Republican until a few years ago.)

Caruso-Cabrera was making public appearances on behalf of Beneficient as recently as this year. In January, she appeared on CNBC, where she remained a contributor after quitting her staff job, as a Beneficient board member, discussing Goldman Sachs Group Inc.’s pledge to increase diversity on corporate boards on “Squawk Box.”

Life settlements, also known as “viatical settlements,” grew in the 1980s during the height of the AIDS epidemic. The New York Times described the niche industry in a 2017 article as such:

If a life-settlement company likes its odds of turning a profit, it will buy the policy, paying out more than the policy’s cash value — the amount received if the policy were canceled — but less than the face value, or death benefit. The firm acquires the policy and continues paying the premiums. Then the company (or a big investor who buys bundles of policies) collects when the seller dies. It’s something like a reverse mortgage, but on your life instead of your house.

GWG Holdings, which has a portfolio of more than $2 billion, entered the life settlement business in 2006. The firm reported in a 2019 SEC filing that it continues to hold a portfolio of life insurance policies, but would no longer be purchasing additional policies. Its subsidiary, GWG Life told the New York Times that it “works with nursing homes and assisted living chains to reach people contemplating the daunting costs of long-term care.” Life settlement companies offer larger payments to people they expect will die soon — the sooner they die, the quicker the payout. (GWG has referred to profits from policy holder deaths as “policy realizations” and portfolio “seasoning.”)

To boost its profits, GWG Holdings has used biological specimens to reach more accurate life expectancy estimates. “GWG has been sending out cheek-swabbing kits, to capture saliva, to prospective policy sellers since February,” a 2017 Forbes article said. Life Epigenetics, which is owned by GWG Holdings, is “working to commercialize epigenetic technology for the life insurance and related industries,” according to the company’s website. In 2018, GWG collected DNA from Minneapolis residents, paying $100 for blood, urine, and saliva samples to expand its research into life expectancy. The Star Tribune reported at the time that Scientific Testing Partners, which is owned by Life Epigenetics, sought 1,000 participants for its collection of genetic information. A company spokesperson told The Intercept that the subsidiary of GWG that was involved in epigenetic research was spun out last year and is operating as a separate company.

The firm also endorsed a 2018 bill that would have allowed seniors, regardless of health status, to sell their life insurance policies and set aside the proceeds in a tax-free account to pay for some health care costs, including long-term care. In a press release, GWG, which stood to benefit from incentivizing seniors to sell their life insurance policies, suggested that by keeping seniors off Medicaid for their long-term care, the bill would potentially “save taxpayers as much as $2 billion over the next nine years.” The bill floundered in the House with only two sponsors.

Asked about Caruso-Cabrera’s involvement with GWG, and whether she supports that bill, campaign spokesperson Katy Delgado said, “Michelle was proud to be one of the first Latinas to serve on the board of a financial services company. When elected to Congress, Michelle will work with all of her congressional colleagues to write and pass bills to ensure seniors are not forgotten.”