Trade groups have stepped up a campaign for $25 billion and PPP eligibility in the next phase of coronavirus relief. 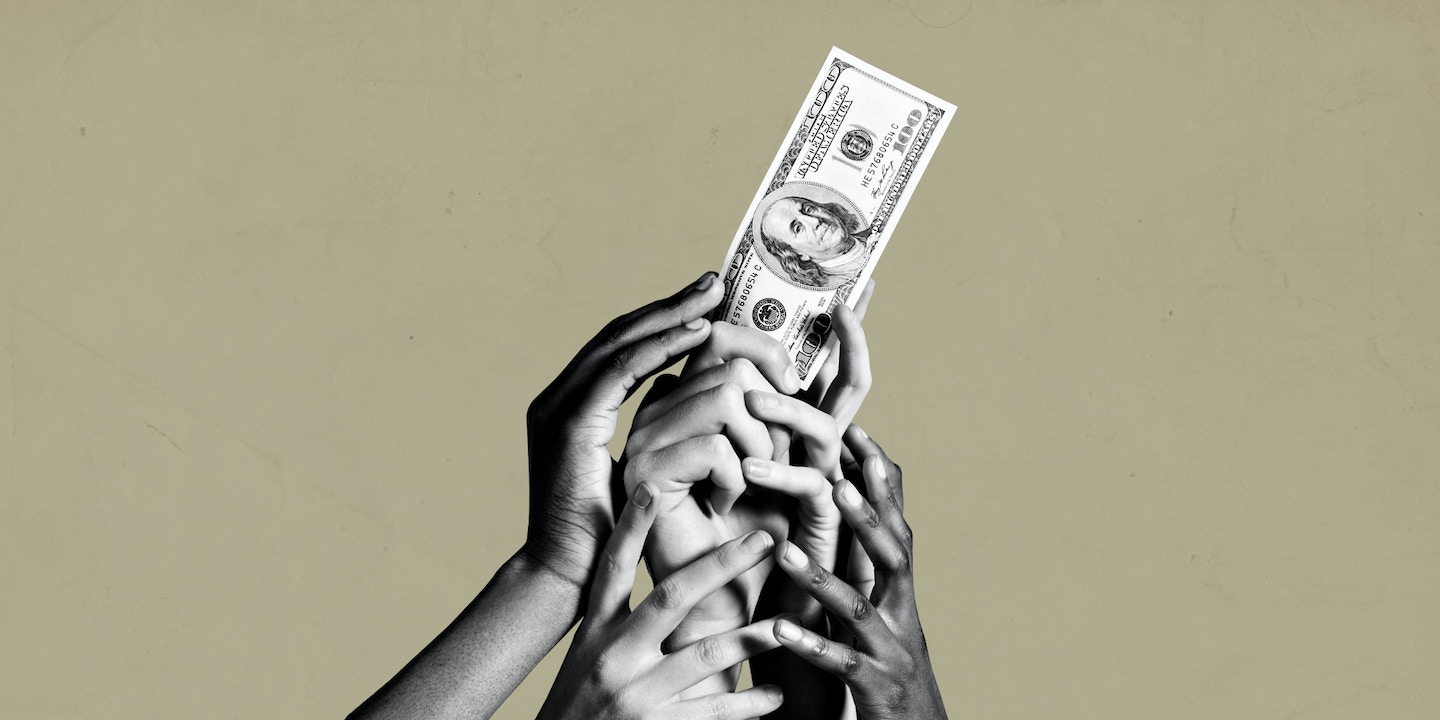 K Street may soon have its own taxpayer-funded bailout.

Many of the largest lobbying forces are organized under the 501(c)(6) section of the tax code as trade groups. Corporations with similar concerns pool their money together to fund trade groups, which in turn employ thousands of lobbyists to shape elections and legislation on a daily basis. But the Paycheck Protection Program, the centerpiece of the small business rescue program, excluded such trade groups. That could change in the next round of stimulus legislation, which Congress is scheduled to debate later this month.

Lobbyists have stepped up a campaign to make sure professional influence peddlers are eligible for the PPP, or P3, funds. The push also includes a demand for an additional $25 billion for canceled events and other lost revenue from the coronavirus pandemic. Senior Democratic lawmakers, including House Speaker Nancy Pelosi, plan to accommodate the demand and change the eligibility standard so that small business bailout money can flow to business advocacy groups.

The American Society of Association Executives, which represents trade group leadership, explained in a letter to lawmakers that trade group lobbyists need federal funding to better advocate for their clients.

“These organizations are already relied upon to help coordinate federal resources to combat the coronavirus pandemic, and they require staff to fulfill this duty,” ASAE wrote. Trade groups, the ASAE letter notes, have faced declining revenue as corporations wind down dues payments and sponsorship fees in response to the economic downturn.

The letter was signed by many of the most influential Beltway lobby groups. The American Fuel & Petrochemical Manufacturers Association, one of the trade groups requesting the 501(c)(6) bailout, pays its top lobbyist, Chet Thompson, $1.8 million a year. The group represents the largest oil refiners in the country, including Exxon Mobil, Koch Industries, and Motiva Enterprises, the U.S. arm of Saudi Arabian oil company Aramco.

A similar joint letter on the 501(c)(6) issue to Wisconsin lawmakers, from the Wisconsin Manufacturers and Commerce, a branch of the U.S. Chamber of Commerce, pitched lobby groups as vital conduits of information. “During this difficult time, business trade associations are performing an essential role for our state’s businesses,” the Wisconsin lobbyists wrote.

The Wisconsin lobbyists argued that they should be eligible for the P3 funds because business trade groups “transmit information, answer questions, and ensure that our members have the tools they need to comply with the deluge of laws, orders and regulatory changes that are being introduced.”

The Wisconsin letter was signed by local organizations, such as the Wisconsin Dairy Alliance and the Wisconsin Restaurant Association. It was also signed by the American Chemistry Council, the national chemical industry behemoth that employs 64 registered lobbyists and spends lavishly on campaign-style television advertisements for favored lawmakers.

The P3 program, though touted as a small business program, has attracted headlines in recent weeks as large multinational firms, churches, and politically connected interests have won access to the loans, which may be converted to grants if recipients maintain payroll.

“There are some odd inconsistencies in who is eligible for loans under the Paycheck Protection Program,” said Craig Holman, a lobbying expert with the watchdog group Public Citizen.

“The program should be exclusively targeting small enterprises of fewer than 500 employees. As such, it is perfectly reasonable to exclude trade associations from eligibility. Small businesses that are members of these trade associations are already eligible for the loans, even though their lobbying associations 501(c)(6)s are not,” Holman noted.

But the campaign to provide 501(c)(6) lobby groups with bailout money has been sold as a way to save struggling business interests — an argument that appears to be winning over key lawmakers.

“Right now, the way it is being implemented, it’s not necessarily helping everybody it was intended to,” said Murphy during the call, which was sponsored by ASAE.

“The 501(c)(6) issue is clearly an example of that,” added Murphy. “I just got off a call with my local Chamber, and they are doing everything they can to keep their doors open.”

Rep. Dina Titus, D-Nev., in a letter in support of the 501(c)(6) rule change, also argued that P3 money would help local Nevada Chambers of Commerce.

Lobby groups have poured resources into the campaign in recent weeks.

The Associated Builders and Contractors, which represents largely nonunion construction companies, has called on member companies to press lawmakers to support the change. Association of Chamber of Commerce Executives, a federation of state business lobbyists backed by Google, Facebook, Comcast, and other large business interests, has highlighted the push for federal aid.

The National Association of Concessionaires, which represents snack food companies such as Coca-Cola and Hersey, is another example. The group has waged war in recent years to defeat taxes on sugary foods, nutrition labeling requirements, and other rules viewed as onerous to business.

Now the group faces an existential threat not to sugary sweets, but from declining revenue that could risk the employment of its team of corporate advocates. The group recently held a call with Rep. Raja Krishnamoorthi, D-Ill., who expressed support for a change to the bailout program to allow money for 501(c)(6) groups such as the NAC.

Krishnamoorthi, according to an update published by NAC, urged the group to write to Congress as fast as possible. “There is no time to wait,” said Krishnamoorthi, as “time is of the essence.”

Pelosi, speaking during a webinar on Tuesday evening, discussed Democrats plans to push for a variety of reforms to the P3 program in the next round of emergency coronavirus legislation. Among the changes, Pelosi said, would be a shift to include 501(c)(6) trade groups. The shift, if adopted, represents a dramatic flow of government money to business lobbying groups.

Pelosi also signaled support for P3 money to 501(c)(4) issue advocacy organizations, which include groups such as the Sierra Club and the National Rifle Association. In her remarks, she did not include expanding the program for 501(c)(5) organizations, which represent labor unions, to be eligible for P3 rescue funds, a demand made by some Democratic lawmakers.

Update: May 6, 2020
This story has been updated to reflect Speaker Pelosi’s indication Tuesday evening that she supports a bailout for 501(c)6s and will include it in the next round of legislation.