A federal agency that investigates whistleblower complaints found “reasonable grounds” to conclude that Dr. Rick Bright was the subject of retaliation. 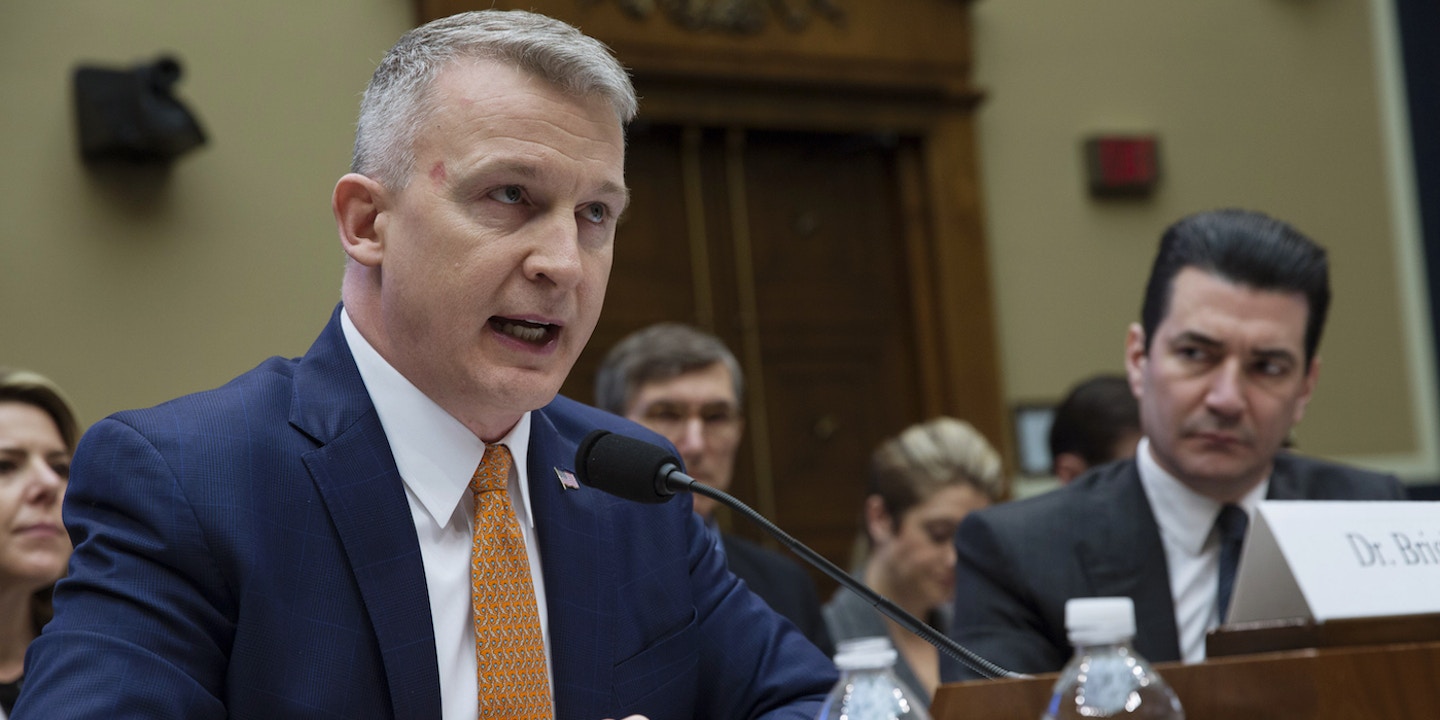 A federal office that investigates whistleblower complaints has determined that there is sufficient evidence to believe that Dr. Rick Bright was the subject of retaliation when he was removed from his job as director of the Biomedical Advanced Research and Development Authority, or BARDA, in April, his lawyers said on Friday.

Bright had filed a whistleblower complaint with the U.S. Office of Special Counsel on Tuesday, laying out the case that his superior at the Department of Health and Human Services, Robert Kadlec, had forced him out of a job because Bright had resisted Kadlec’s efforts to direct contracts to politically connected companies, including one headed by an associate of Jared Kushner. Bright’s complaint also detailed his resistance to pressure from the Trump administration to adopt drugs the president had boosted — chloroquine and hydroxychloroquine. And it provided a detailed account of Kadlec’s resistance to addressing the looming shortage of personal protective equipment, including masks, in January and February.

OSC, an independent investigative agency that protects federal employees from reprisal for whistleblowing, told Bright’s lawyers that it will ask the health department to delay his removal from BARDA, where he was overseeing the strategic national stockpile and purchasing treatments, vaccines, and medical supplies necessary to combat the coronavirus, for 45 days to allow for a full investigation of his allegations.

Bright is scheduled to testify before a House health subcommittee next week at a hearing on “Protecting Scientific Integrity in the COVID-19 Response.”

In a statement, Bright’s lawyers, Debra Katz and Lisa Banks, urged HHS to stay Bright’s removal from his job, noting, “It is a common occurrence for agencies to agree to OSC’s request to stay personnel actions when evidence exists, as it does here, that retaliation occurred.” Katz and Banks also pointed to data showing that, in the last year, the office had obtained 31 such stays.

“Dr. Bright should not be denied the right to have his complaint investigated fully and fairly before he is formally transferred to NIH” — the National Institutes of Health — “a move that will harm not only him, but the country as well,” they added.

A spokesperson for the OSC, Zachary Kurz, declined a request to comment, citing an agency policy against discussing or confirming “the status of open investigations.”

“This is a personnel matter that is currently under review,” Caitlin Oakley, a spokesperson for the health department, told The Intercept. “However, HHS strongly disagrees with the allegations and characterizations in the complaint from Dr. Bright.”

On Wednesday, President Donald Trump dismissed Bright as “a disgruntled guy” and expressed confusion about the federal law protecting whistleblowers. “I always thought whistleblower was sort of a secret thing,” Trump said. “Well, everyone knows who he is, so why is it a whistleblower?”

Updated: Friday, May 8, 3:47 p.m. PDT
This article was updated to add a statement from a spokesperson for the Department of Health and Human Services which was received after publication.