It’s “a no-brainer that a rule this modest ought to go through,” said Demand Justice Executive Director Brian Fallon. 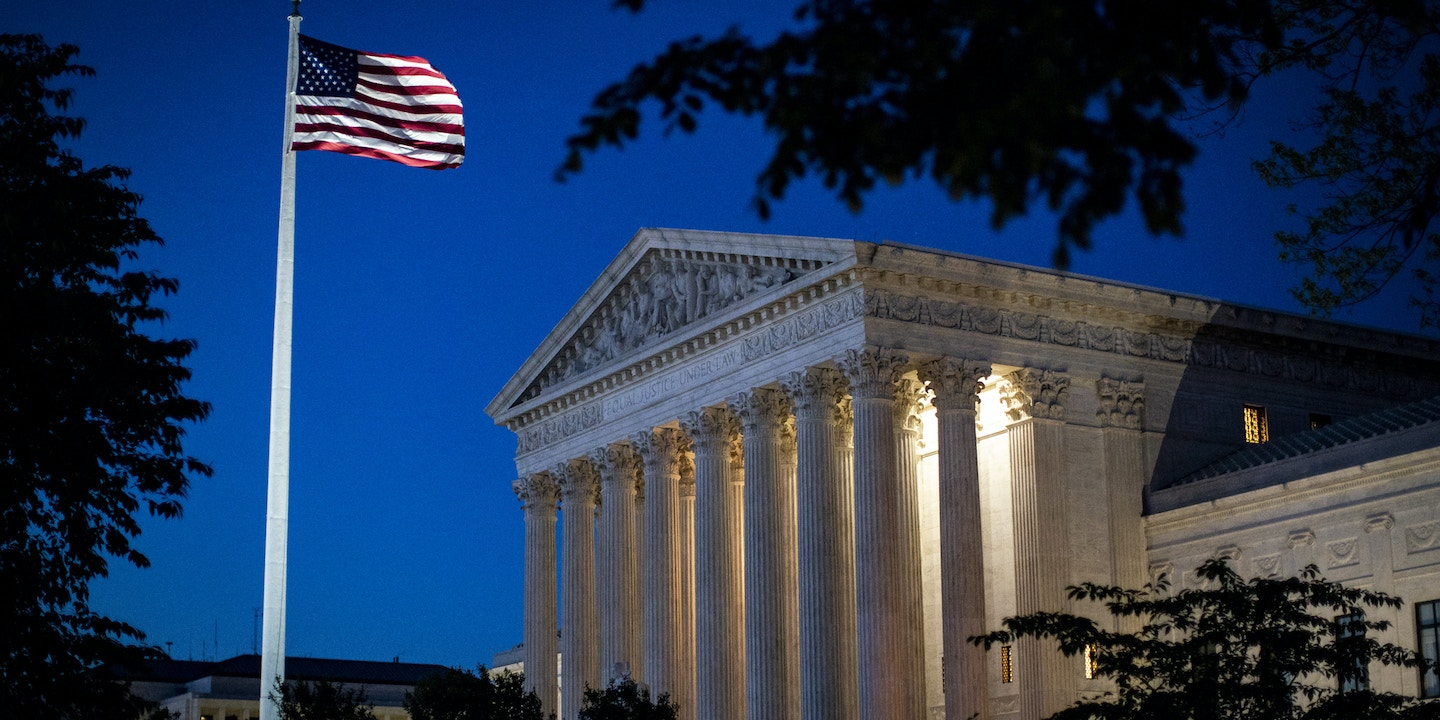 The left doesn’t care about judges; the right does. If you want proof, look no further than a major campaign underway in conservative circles around a new ethics rule that could undercut the power of the Federalist Society. Haven’t heard of it? That’s the point.

The rule change, which was proposed by the ethical advisory arm of the federal judiciary and began circulating in January, would ban judges from being members of groups like the Federalist Society, the right-wing legal group that has been central to Trump’s transformation of the courts, and the American Constitution Society, a liberal legal group. It wouldn’t affect the ability to attend and participate in Federalist Society and American Constitution Society panels and events; the proposal simply says that active membership in these organizations is inconsistent with a judge’s ethical obligations. And conservatives are up in arms.

The Wall Street Journal Editorial Board slammed the rule as “political mischief masked in high-sounding rhetoric,” saying the draft is “what we feared, and we hope judges and others blast it as undermining legal education in America and perhaps violating the First Amendment right of association.”

Brian Fallon, co-founder and executive director of Demand Justice, said it’s “a no-brainer that a rule this modest ought to go through” and be put into effect, and the fact that it’s become a lightning rod among conservatives both in and out of the legal world is evidence of “how rotten the system has become.” He added that they think the rule “doesn’t go nearly far enough” in eliminating explicit links between sitting federal judges and outside special interest groups.

“On the right, you see letters being sent, third-party actors in the conservative movement are engaging in pressuring tactics to try to influence the final outcome in what could have been a closed door process,” Fallon said. “And there’s been nothing analogous on the left. You’re not seeing individual senators speak out about this like you have on the right, you’re not seeing coordinated efforts from progressive media outlets the way the right has done with the Wall Street Journal editorial board and National Review and the usual cast of characters that swoop in to document any little development on judicial stuff on the right.”

On May 5, the Wall Street Journal Editorial Board published a second op-ed about the draft ethics rule, arguing that the ethics committee is being used as a political weapon against Justin Walker — a 37-year-old federal judge nominated to a seat on the second most powerful court in the United States, and a Federalist Society member. Walker has joined hundreds of federal judges, and the entire conservative legal establishment, in trying to kill the draft ethics rule. The outlet noted that their previous editorials, which have been sounding the alarm on the draft ethics rule, “echoed in the judicial community,” resulting with “what we’re told are more than 70 letters to the Codes of Conduct Committee.”

Twenty-nine Republican senators, including Senate Majority Leader Mitch McConnell, sent a letter to the chair of the Committee on Codes of Conduct in March, urging they “withdraw this flawed draft opinion.” Sen. Ben Sasse, R-Neb., in a statement from his office, told National Review that it’s “wrong to target the Federalist Society,” calling the draft rule the “product of liberal smear campaign that will erode confidence in an independent and fair Judiciary.” Democratic senators, for the most part, have made no effort to publicly defend the rule or weigh in on the debate.

Trump’s steady transformation of the courts will almost certainly be his most enduring legacy, and the Federalist Society has played an instrumental role. With the help of Senate Republicans, and at times, Democrats, Trump has been filling federal judicial vacancies at breakneck speed, with the youngest, most conservative (and in many cases, unqualified) judges he can find. Since entering office, Trump has appointed 193 federal judges, including two Supreme Court justices and 51 judges to federal appeals courts. “We’re going to have great judges, conservative, all picked by the Federalist Society,” he told Breitbart as a presidential candidate in 2016. According to a New York Times analysis, all but eight of these 51 judges had ties to the Federalist Society.

Despite the Federalist Society’s efforts to portray itself as a debate club that takes no official positions on policy, the group pushes a highly ideological vision and in many ways functions as another arm of the Republican Party. The group promotes interpreting the Constitution according to its “original meaning,” under the guise of neutrality. But in practice, these judges wield power over who gets to vote, who is protected from discrimination, and who gets access to health care.

Membership in either group could “call into question” judicial impartiality on certain subjects the organization has a position on and “generally frustrate the public’s trust in the integrity and independence of the judiciary,” the advisory opinion said.

And next week, the U.S. Judicial Conference Committee on Codes of Conduct will make a formal decision on whether to adopt the rule or not. Demand Justice is trying to organize the left to push back against the conservative campaign to sabotage the rule, but Fallon says progressive advocates are going to need more practicing lawyers, academics with ethics backgrounds, and activists to speak out.