Three medically vulnerable immigrants held at Stewart Detention Center say they were subject to excessive force by guards amid the coronavirus pandemic. Roberto Blanco-Gonzalez started feeling sick in early April. His skin was hot to the touch, he lost his sense of taste, and he vomited continually, unable to keep any food down. Blanco was terrified. He had been held at the Stewart Detention Center, a privately run U.S. Immigration and Customs Enforcement jail in rural Georgia, for more than a month.

It was possible he had come down with the coronavirus, and if he had, it was all but guaranteed that guards in the ICE detention center, operated by private prison company CoreCivic, would place him in solitary confinement.

After two weeks of submitting requests for medical attention that went ignored, Blanco staged a one-man protest, sitting at a table in his unit and refusing to follow guards’ orders to go back to his cell. He said a guard approached him and told him that he should either return to his cell “or go die with the sick ones in the hole.”

The guard wrote Blanco up for “refusing to obey staff,” according to disciplinary documents provided to The Intercept. Still, his protest was successful: He was taken to Stewart’s clinic and given pills for his stomach pain.

When four guards came to get him from the clinic around 30 minutes later, they told him that he’d be going to solitary confinement — not because he was sick, but as punishment for having protested. Blanco refused. According to the disciplinary records, “force was used to secure the detainee after he charged in an attempt to break away from the emergency response team.” But Blanco’s account paints a more graphic picture.

“They grabbed me, they hugged me, and they slammed me to the ground,” Blanco said. His head hit the floor and a guard pressed his foot down onto it. The impact of his head slamming the floor damaged Blanco’s right eye.

More than two months after the incident, Blanco said he still has a blood clot in that eye and his vision is still blurry. Although officials told him that he would see an eye specialist prior to deportation, he never saw the doctor. Blanco was diagnosed with Covid-19 on arrival in El Salvador in late May.

Blanco is one of three medically vulnerable immigrants held at Stewart who say they were subject to excessive force by guards amid the coronavirus pandemic. All three incidents follow a pattern: After detainees demanded medical attention, guards threw them to the floor. Two of the immigrants were using wheelchairs at the time, and guards hurled them out of the chairs nonetheless.

“When immigrants use their voice to advocate for themselves, they’re always met with intimidation and use of force,” said Priyanka Bhatt, a staff attorney with the advocacy organization Project South, which has chronicled years of problems at Stewart.

As The Intercept previously reported, during April, a SWAT-like unit of CoreCivic officers twice pepper-sprayed immigrants and shot pepper-ball ammunition in response to protests for better conditions. ICE has reported 116 cases of Covid-19 among people incarcerated at Stewart, and one Stewart detainee died of the disease in May.

In a statement, CoreCivic spokesperson Ryan Gustin said the prison company is “committed to providing high-quality healthcare to all of those entrusted to our care at Stewart Detention Center,” but declined to comment on any specific allegations, citing privacy regulations. “The claim that detainees are forced to wait to receive medical attention is patently false,” Gustin said. An ICE spokesperson said “all persons in ICE custody receive all appropriate medical treatment,” adding, “we generally cannot discuss specific medical treatment of any person in custody absent their consent.”

Miguel, a recently deported Salvadoran immigrant, arrived at Stewart earlier this year from another Georgia detention center already in bad shape. “[PATIENT] NEEDS INCISIONAL VENTRAL HERNIA REPAIR URGENTLY,” reads a November doctor’s assessment, which Miguel shared with The Intercept. “[PATIENT] IS HAVING PAIN …. WILL ATTEMPT AGAIN TO GET APPROVAL FROM ICE.” (Miguel is a pseudonym; he asked to remain anonymous to protect him from harassment in El Salvador.)

After at least two requests, ICE finally approved Miguel for surgery, and he had the operation in March. But shortly afterward, the pain returned; it seemed something had gone wrong during the surgery. Rather than treating Miguel again, ICE decided to deport him.

On April 8, detention staff told Miguel to prepare for his deportation flight. “Three guards came over and brutally tried to force me into a wheelchair,” he told The Intercept. “I kept yelling that I was in pain. I almost fell out of the wheelchair because I couldn’t even sit; I had to lie flat.”

“I kept yelling that I was in pain. I almost fell out of the wheelchair because I couldn’t even sit.”

That’s when Miguel says a guard grabbed him by the collar “practically strangling me,” he recalled, and made him fall on to the ground. “I told them, ‘You’re hurting me, you’re hurting me. You cannot wait? Just deport me another day,’” he said. The guards grabbed his arms and legs and carried him away.

Even before the coronavirus made its way to Georgia, immigrants and advocates criticized conditions in Stewart, one of the largest ICE facilities in the country. Four Stewart detainees died between 2016 and 2019, two by suicide after spending prolonged periods in solitary confinement.

ICE previously said it is looking into recent use-of-force incidents. ICE’s Office of Professional Responsibility launched an investigation after the incidents in which correctional staff used pepper spray and pepper-ball ammunition on immigrants.

After both incidents, The Intercept and the advocacy coalition Georgia Detention Watch found social media posts in which members of a special unit of CoreCivic guards — called SORT, for Special Operations Response Team — joked about the use of force. In one post, a SORT officer joked that detainees were so hungry, they were “eating that spray.” As a result of The Intercept’s reporting, four staff members were fired from the facility and four others remain on administrative leave as ICE continues its investigation. While testifying before Congress earlier this month, CoreCivic’s CEO Damon Hininger denied that pepper spray was used at the company’s facilities. He later retracted his statement, claiming that he misunderstood the question, but noted only one instance in New Mexico.

One of the Facebook posts from April described a man in a wheelchair being hit by pepper-ball ammunition. He “felt them mfs,” the officer wrote. “He grabbed his face.”

That detainee was Hugh Tinarwo, a 33-year-old immigrant from Zimbabwe who has been held in Stewart since last October. According to court filings, guards shot him in the back more than 60 times with the pepper-ball ammunition. Other court records say he urinated blood after the incident.

Less than two months later, correctional officers at Stewart threw him to the ground and pinned him after he protested for more medical attention, further injuring his back.

“I constantly fear for my life in here,” Tinarwo told The Intercept from within the detention center.

Tinarwo has a history of medical problems prior to entering Stewart — a previously ruptured spinal disc, paralysis in his legs, hypertension, and an enlarged heart. He lost his ability to walk after a surgery before entering ICE custody and is using a wheelchair. After the pepper spray incident in April, he was newly diagnosed with a herniated disc.

On June 18, due to the pain from the herniated disc, Tinarwo requested medical attention but was denied. Frustrated, he made a cynical comment to staff.

Three guards arrived to take him to suicide watch. At Stewart, that means solitary confinement.

“I was like, ‘Do I have to say that I am going to kill myself to get medical attention around here?’” Tinarwo recalled. Officers rolled him to the medical unit, where a nurse checked his blood pressure, then sent him to the waiting room.

Because of the comment about killing himself, which he said was meant ironically, three guards arrived to take him to suicide watch. At Stewart, that means solitary confinement.

Tinarwo resisted. According to Tinarwo, he held tight to the wheelchair, so one guard tried to flip him off, while another tried to drag him from the waiting room.

Thrown to the ground, Tinarwo grabbed onto the chair so that the guards could not cuff him. One of the officers pressed his head onto the ground, with another pressing on his neck. They handcuffed Tinarwo, with the cuffs scratching his arm, he said, and took him to solitary confinement for suicide watch for some days.

“[My back is] much worse now,” Tinarwo said. The pain is so bad that he has to ask others to push his wheelchair: “Every time I push myself, I can feel the disc, like it’s ripping.”

Tinarwo is a plaintiff in a lawsuit filed by the Southern Poverty Law Center and Asian Americans Advancing Justice demanding the release of medically vulnerable immigrants detained in Stewart. 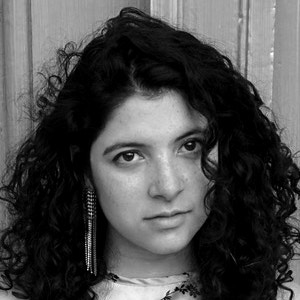